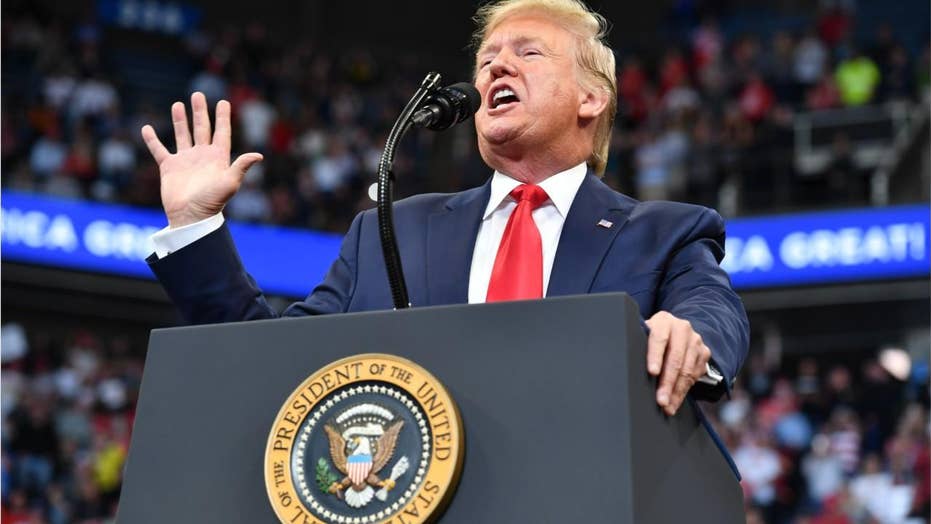 Since January 2017, President Trump has appointed, and the Senate has confirmed,158 life-tenured federal judges, including 20 who today serve in Texas. Taken together, the president’s nominees over the last three years have filled one-quarter of the seats on our nation’s circuit courts of appeals, and two of the nine seats on the U.S. Supreme Court.

Few legacies will be longer lasting than this judicial one. These new judges are principled constitutionalists who have demonstrated excellence and professionalism throughout their legal careers.

These are judges we can rightly expect will remain faithful to the law. This is good news for all of us who care about the Constitution, individual liberty, and democracy. I’ll be joining the president Wednesday at the White House to recognize this historic achievement.

Before serving in the Senate, I spent my career litigating before the U.S. Supreme Court. I know firsthand the importance of an independent and impartial judiciary.

Over the past three years, I have been proud to lead the fight to confirm three outstanding Texans to the Fifth U.S. Circuit Court of Appeals. Don Willett, James Ho and Andrew Oldham have already served the people of Texas well in their time on the bench, and they’re well on their way to becoming national judicial superstars.

Earlier this year, Judge Willett authored an important opinion in Collins v. Mnuchin upholding the bedrock principle of separation of powers. In another case, Mance v. Sessions, Judges Willett and Ho both wrote thoughtful dissents arguing for a return to the original meaning of the Second Amendment.

These cases provide a brief glimpse into the vital work that our newly confirmed Texas judges are doing to uphold the rule of law. Moreover, our Texas judges continue to play an important role in upholding the faithful interpretation and application of the Constitution.

And as we look to the 2020 presidential election, safeguarding our federal judiciary has never been more important.

Over the last several years, the far-left has failed time and time again to convince their fellow Americans of the rightness of their radical positions. Instead, they have turned to the courts to advance their out-of-touch agenda. From upholding illegal executive amnesty to undermining religious liberty, the courts have rarely disappointed the left.

Sadly, the left’s abuse of the courts doesn’t end there. A growing number of Senate Democrats and 2020 presidential hopefuls support the notion of packing the Supreme Court.

And just this August, we saw Senate Democrats – led by Sen. Sheldon Whitehouse of Rhode Island – attempt to threaten and bully the Supreme Court to reach a particular outcome that would trample on the constitutional rights of law-abiding citizens.

Contrary to the foundations of our legal system, Democrats are openly calling for judges to enforce and mandate their own political preferences from the bench, foregoing the notion of independence and impartiality. In their view, it is now the job of judges to take the blindfold off Lady Justice and to legislate.

Democrats in Congress are eagerly relinquishing their responsibility to pass laws, and instead are relying on the courts to deliver their preferred policy outcomes.

Instead of working with Republicans to secure our border, the Democrats run to the Ninth U.S. Circuit Court of Appeals to try to prevent meaningful enforcement of our immigration laws.

Instead of protecting the most vulnerable through federal laws, the Democrats sue to stop any state protections for the unborn. Democrats have stopped trying to persuade the public; they only seek to persuade unelected judges.

While fighting to cut taxes for the middle class and reduce the burden of federal regulations, Republicans have rightly also focused on preserving the integrity of the federal judiciary.

President Trump hit a home run when he nominated Justice Neil Gorsuch to the Supreme Court. And after cynical Democratic attempts to derail Justice Brett Kavanaugh’s nomination, the Senate’s vote confirming him was a great victory for all who cherish the rule of law.

Despite the best efforts of Senate Democrats to delay the confirmation of these well-qualified Supreme Court nominees and all 158 nominees we’ve confirmed to the federal bench, Republicans have answered this important call from the American people.

I am proud to have led the fight to confirm these federal judges, and I look forward to the Senate’s confirming many additional strong, principled, constitutionalists to the bench. I have no doubt they will serve our nation with impartiality and independence for decades to come.