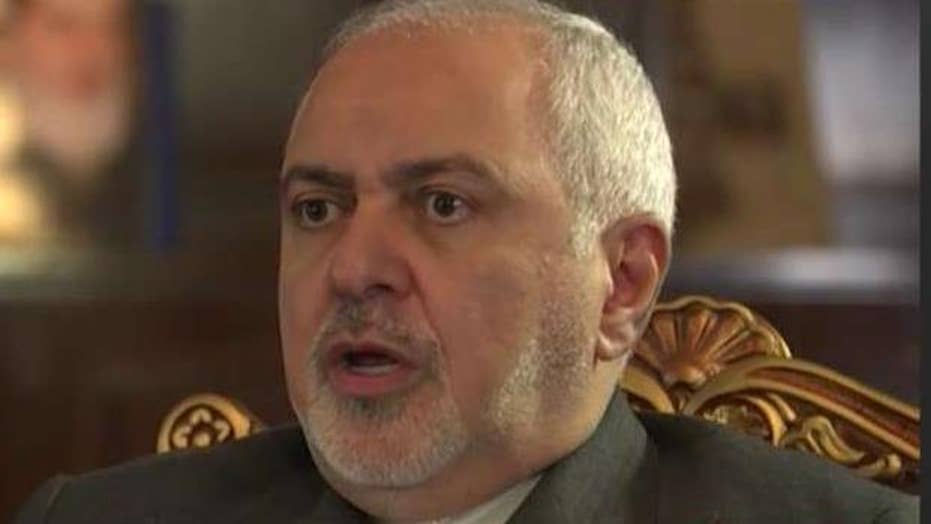 Secretary of State Mike Pompeo says the U.S. and its regional allies have determined it's abundantly clear that Iran is responsible for the attack on Saudi oil infrastructure; State Department correspondent Rich Edson reports.

While I visited Israel many times when I served as governor of Florida, my most recent trip gave me a clearer perspective on Israel’s proximity to its enemies: Hamas, Hezbollah, ISIS and Iran.

I visited nearly all of Israel’s borders and one thing is clear: Israel is a country nearly surrounded by nations and terrorist groups that want it wiped off the face of the Earth. And Iran is leading that charge.

Unlike so many other nations – including many in Europe – that depend on the U.S. for military aid, Israel is a true partnership. Israel does not depend on U.S. troops on the ground and serves as a model of a well-armed democracy that fights to defend freedom.

JOEL ROSENBERG: NETANYAHU IN BIG TROUBLE – WHAT YOU NEED TO KNOW ABOUT TUESDAY'S ISRAELI ELECTION

Frankly, the United States should have this expectation of every single nation that we assist with military aid.

Israel is the only democracy in the Middle East, and our only hope for stability in the region. Israelis value human rights, support free markets and have a strong and capable military of men and women who love their country.

Democrats who want to cut funding to Israel are hypocrites – they espouse virtues like love, equality and freedom, yet they want to defund the only nation that truly shares those values in the Middle East.

During my trip, I had the opportunity to meet with Israeli Prime Minister Benjamin Netanyahu, and I reiterated my support for his actions to block anti-Semitic members of Congress from visiting Israel last month. Now, many of these Democrats are suggesting cutting the U.S. investment in Israel.

During my time with Prime Minister Netanyahu we also discussed the imminent threat of Iran.  While Israel has a host of enemies, Iran continues to prop up the terrorist groups that surround Israel – and Iran wants Israel completely eradicated.

Just look at the facts:

The Islamic Revolutionary Guard Corps (IRGC) chief, Brig. Gen Hossein Salami, said earlier this year: “Israel will be destroyed and will not have enough graves to bury their corpses.”

And Iranian Supreme Leader Ayatollah Ali Khamenei recently said: “Israel is a malignant cancerous tumor that must be eradicated.”

Let’s not forget, Iran displays long-range ballistic missiles with the inscription “Israel Must be Wiped Out.”

Iran’s attack last weekend on Saudi Arabian oil facilities only further shows its inability or unwillingness to be a fair and honest player on the world’s stage.

Iran’s leaders have sent a message that if they can’t sell oil then no one can. That is essentially a declaration of war.

The Iranians mean to humble us, drive us from the region, isolate Israel, and establish a new order in the Middle East. That is an affront to U.S. national security and worldwide economic stability.

We have to protect the safety and security of our military assets and our men and women in uniform in the region, as well as the security of our allies, especially Israel.

Military conflict is not our first choice, but we must take this seriously. Every attack and every provocation unanswered by the U.S. and freedom-loving countries around the world is an encouragement to Iran’s hateful and violent regime.

I know there has been discussion about President Trump meeting with Iranian officials at the U.N. General Assembly next week. It is critically important to the safety and security of the U.S. and Israel that he does not make any concessions to Iran.

In fact, the president needs to be crystal clear on the repercussions if Iran continues making threats and taking provocative action.

As my friend Sen. Lindsey Graham, R-S.C., said this week: "The problems with Iran only get worse over time so it is imperative we take decisive action to deter further aggression by the ayatollah and his henchman.”

I couldn’t agree more. Now is not the time to ease sanctions on Iran or hope that it will somehow become an honest broker.

President Trump was right to abandon the reckless Iran nuclear deal that President Barack Obama got us into. The sanctions the Trump administration has levied on Iran are now working.

I hope European leaders will come to their senses and help the U.S. hold Iran accountable.

Now is not the time to let up.