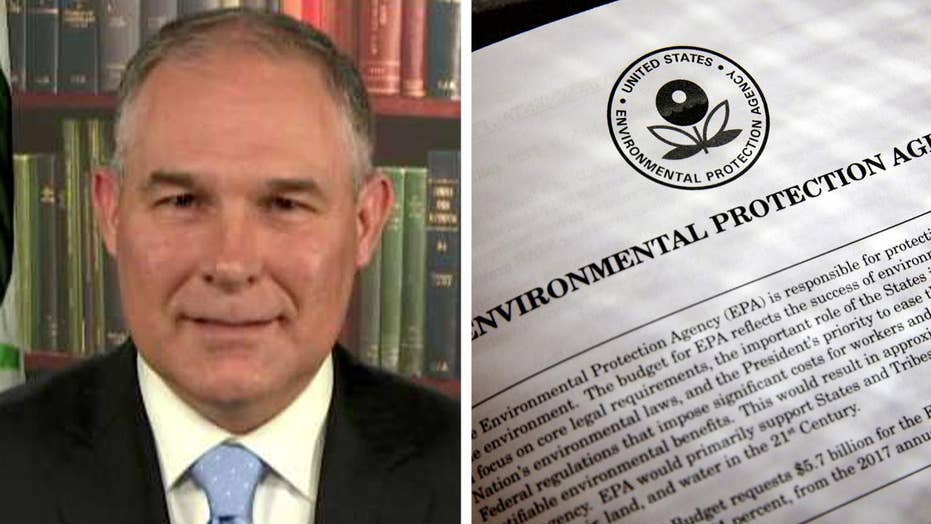 It is my duty as a senator to uphold and defend the Constitution. One of my most important responsibilities in this role is to provide advice and consent on treaties, a check and balance on the Executive Branch. It gives us the opportunity to make sure the deals we’re signing up for are good for all Americans.

President Obama wanted to cement his legacy of environmentalism through the Paris Agreement on climate change. Obama also knew the Senate would never ratify the agreement, so he deliberately labeled it as an “executive agreement” to avoid the ratification process and unilaterally pledged the support of the United States with the stroke of a pen.

So what did Obama sign us up for in exchange for maybe reducing global temperature by 0.2°C by 2100? Experts predict that by 2040, the agreement could cost us 6.5 million lost jobs—a number significantly larger than the entire population of Kentucky. It will cost us $3 trillion in lost GDP. For each household, the average annual lost income could be as high as $4,900.

These numbers are jaw dropping. Why can’t we work toward a future that protects both our environment and our jobs? Why did the past administration always force the latter to be a martyr for the former?

Thankfully, President Trump has the opportunity to reverse course on Obama’s mistake.

President Trump has delivered on almost all of his promises to have an America First energy plan. He has directed the EPA to suspend, revise, and rescind certain actions related to the Clean Power Plan. He has removed regulatory roadblocks to American energy independence, including signing the resolution Congress sent him to repeal the Stream Buffer rule. He has also instructed agencies to review existing administrative policies harming domestic energy production.

But there’s one missing piece to being truly America First, something President Trump promised on the campaign trail. He promised he would cancel the Paris Agreement as president. Can we really have an America First energy plan if we are needing to seek the endorsement of the U.N. as we make determinations about our country’s environmental and energy policies? The federal government should be beholden to one authority and one authority alone—our Constitution—and not some U.N. bureaucrats.

I ran for Senate to protect Kentucky jobs and restore the Kentucky coal industry from regulatory overreach. I stood right behind President Trump as he signed the bill I cosponsored to repeal the Stream Buffer rule.

I previously introduced a resolution requiring the Paris Agreement to be considered a treaty needing the Senate’s advice and consent. I am keeping my word to Kentuckians.

That is why I introduced a resolution Monday, with a companion resolution cosponsored by Congressman Andy Barr, calling on President Trump to withdraw from the Paris Agreement, an agreement which experts believe will not actually solve the environmental issues it was intended to address.

We founded our country on a system of checks and balances, and no president should have the unilateral authority to make such significant international commitments without input from Congress.

I look forward to President Trump following through on his promise to exit this agreement.