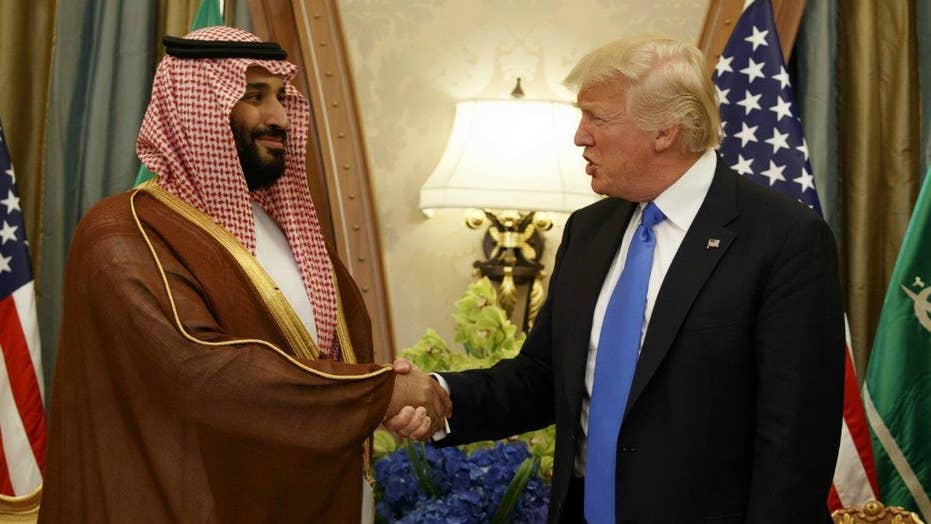 In 2016, Congress overwhelmingly voted to allow the family members of those killed in the 9/11 attacks to sue Saudi Arabia. So why, less than a year later, are we agreeing to sell Saudi Arabia billions of dollars in arms to further escalate a war that has been loudly and repeatedly condemned internationally?

And why should Congress – the branch constitutionally charged with debating and approving America’s involvement in war – remain silent?

This week, a bipartisan group of senators will make sure the people’s representatives go on the record when the U.S. Senate takes up our joint resolution of disapproval.

The United States must also take into full consideration whether providing more arms to Saudi Arabia is beneficial to our ally in the region – Israel. It would seem counterproductive to provide weapons that might someday be used against Israel.

If the past is any indication, any time we sell weapons to an adversary of Israel, the Israelis are forced to purchase more and newer weapons which only escalates an arms race in the Middle East.

“This is a matter that really should trouble us," Israeli Energy Minister Yuval Steinitz said after the arms sale was announced, further noting, "We have also to make sure that those hundreds of billions of dollars of weapons to Saudi Arabia will not, by any means, erode Israel's qualitative edge, because Saudi Arabia is still a hostile country without any diplomatic relations and nobody knows what the future will be.”

Already, U.S. military assistance through intelligence, refueling missions, and the sale of major U.S. defense equipment has not abated the humanitarian crisis in Yemen.  If anything, it has exacerbated it, and it has associated our name with Saudi Arabia’s tactics in Yemenis’ minds.

According to UN estimates, the war in Yemen has so far cost at least 10,000 lives, and horror stories of civilian casualties continue to emerge from the conflict, including a Saudi-led bombing of a funeral in October that wounded hundreds and killed over 100.

A coalition airstrike on a hospital in August killed 19 and injured 24, according to Doctors Without Borders.

Will our assistance bring an end to Saudi Arabia’s history of promoting hatred of America and Israel throughout the world?

Even Hillary Clinton questioned the loyalty of Saudi Arabia in an email released by WikiLeaks, saying, “We need … to bring pressure on the governments of Qatar and Saudi Arabia, which are providing clandestine financial and logistic support to ISIL and other radical Sunni groups in the region.” Can Israel truly trust Riyadh to not use these weapons against the Jewish people in the future?

A young man by the name of Ali Al-Nimr was arrested 5 years ago and still awaits a sentence of beheading and crucifixion on death row.

All of the questions I have asked here and more deserve debate. We must also pause and ask ourselves, does providing additional weapons to the Saudis make Israel safer or more dangerous in the long run?

The American people deserve to hear what their government is committing them to and what could come of it.  Their representatives deserve a voice and a vote.

This week, they’ll get that chance when the Senate votes on my resolution to stop this weapons sale.