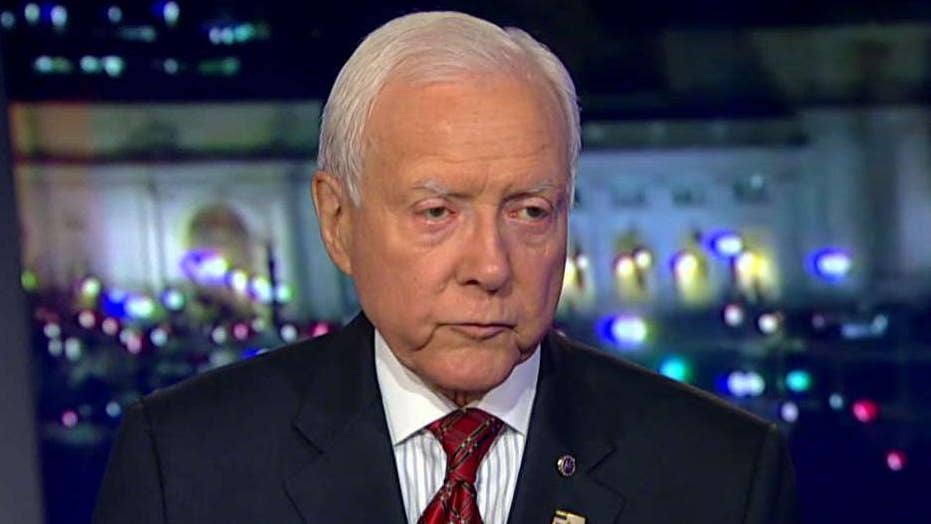 Sen. Orrin Hatch on the politics of the tax reform push

For the first time in more than 30 years, Congress has enacted comprehensive tax reform, which provides middle-class tax relief and a much-needed boost to our economy. This will lead to more jobs, higher wages and increased investment at home.

After nearly a decade of stagnant economic growth, this historic tax overhaul will restore America’s position as the center of the world’s global economy.

This important legislation also includes a critical provision to give Americans greater choice when it comes to their health insurance coverage by repealing ObamaCare’s onerous and punitive individual mandate tax – knocking down a major pillar of what has proven to be an unworkable and unpopular law.

Repealing the individual mandate tax is the beginning of the end of the ObamaCare era, which has been marked by skyrocketing premiums and shrinking choices, making America’s health-care system untenable and unsustainable.

ObamaCare and its mandates put our nation on a fast-track to socialism. If the federal government can force you to buy health insurance, where does the government’s power stop?

Repealing the individual mandate tax restores liberty to the nation’s health-care system. Once again, the American people will be back in charge of their health care – not Washington bureaucrats.

Further, it is clear that the individual mandate tax has failed to keep health-care costs down, as was promised by President Obama and his allies. Between 2013 and 2017, ObamaCare premiums more than doubled.

This means low-income families were stuck paying up to $2,085 this year for simply not being able to afford health insurance. ObamaCare premiums have unfortunately been so high that millions of Americans were forced to pay the ObamaCare penalty because they could not afford the thousands of dollars for coverage that did not fit their needs. I am pleased that, moving forward, this penalty will no longer burden low-income Americans.

The savings generated by repealing the onerous tax were put back into the pockets of middle-class families in the form of lower tax rates across the board and a more generous child tax credit. This means middle-class households will have more money to save for retirement, the education or other needs of their children, or, if they so choose, purchase health insurance.

We passed this tax overhaul for future generations. America’s young people will see the economic benefits for years, in the form of faster economic growth, higher wages, more jobs and the beginning of the end of ObamaCare. This is a remarkable achievement.

Former Utah Republican Sen. Orrin G. Hatch was a member of the Judiciary Committee from 1977 to 2019. He served twice as the committee’s chairman and twice as ranking member.