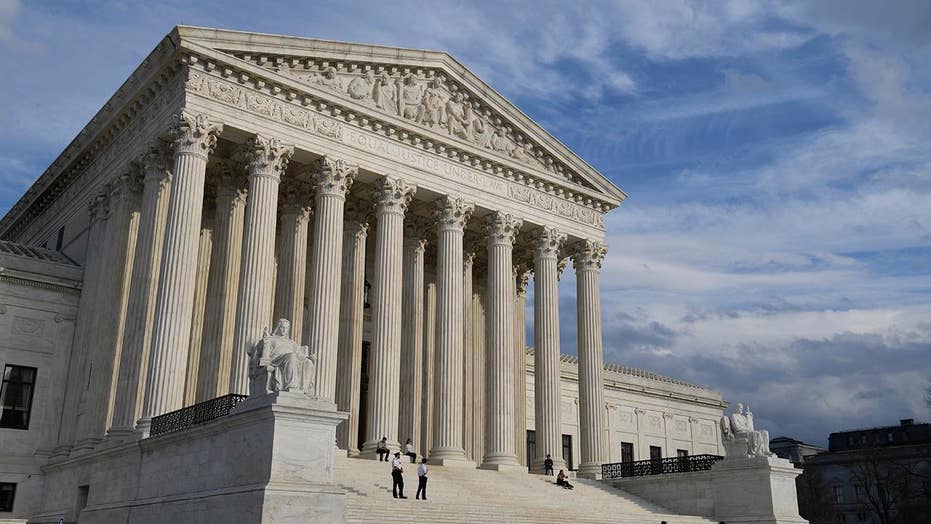 2020 Democrats float the idea of expanding the Supreme Court.

The Constitution does not establish a set number of justices -- that's up to Congress; Shannon Bream, Fox News chief legal correspondent and anchor of 'Fox News @ Night,' examines an issue that has lingered on the political rim for decades before suddenly becoming a hot campaign topic.

America’s institutions are far from perfect. But over the past two centuries, they have provided a framework for our nation to become the most dynamic, most vibrant, and most exceptional nation in all of human history.

At this moment though, our institutions are suffering a crisis of confidence as families fragment and communities crumble. And most Americans view every branch of government with disdain.

As we have seen, these problems do not necessarily fade from one election to the next. In fact, they may intensify. The path forward will require Americans, their political leaders, the news media and countless others to set aside the political tribalism that dominates today’s culture.

Americans need to view one another as friends, neighbors and coworkers – not Republicans or Democrats.

How does a divided nation overcome corrosive tribalism? Ultimately, we need a restoration of family and community. In the meantime, we should do no further harm. To this end, I am proposing a constitutional amendment to prevent the next political and cultural flashpoint: the packing of the Supreme Court for partisan gains.

“I want – as all Americans want – an independent judiciary as proposed by the framers of the Constitution,” President Franklin D. Roosevelt explained in a fireside chat 82 years ago. While his language was unifying, FDR’s proposal was a transparent attempt to expand the nation’s highest court so he could appoint additional justices who would not stand in the way of his ambitious political agenda.

The modern incarnation of court-packers shares FDR’s goals, though they are less unifying in their language. Proponents of a Democratic-led court-packing scheme foresee an impending “crisis” – one that they use to justify their highly partisan tactics.

Last year, my colleague Sen. Cory Booker, D-N.J., warned of an imminent “constitutional crisis.” This year, Sen. Kamala Harris, D-Calif., is warning of a “crisis of confidence in the Supreme Court.” A prominent progressive columnist argues the Supreme Court is now “illegitimate” and that his fellow liberals “need to stay angry.” And a left-wing strategist declared, “Adding seats to the Supreme Court is a necessary step.”

As one professor explained, the current Court is “in a position to shatter the national consensus” on a wide range of issues. “For that,” the professor insists, Republicans “must, and will, pay a steep price.” It should come as no surprise this same individual’s book is titled “It’s Time to Fight Dirty: How Democrats Can Build a Lasting Majority in American Politics.”

Our nation may not be on the brink of civil war or dissolution, but we are suffering a crisis of confidence and we cannot withstand further erosion of trust in one another and our institutions.The rhetoric used by some of my Democratic colleagues that suggests our institutions are increasingly unable to resolve modern society’s conflicts is dangerous.

Thankfully, some progressives understand the danger of heading down this road.

Former Obama White House counsel Bob Bauer argues court packing “does not serve to strengthen the institution” because “its actions on the controversial issues would carry less authority, with unpredictable consequences for the rule of law.”

Michigan Law School professor Richard Primus, who also clerked for Justice Ruth Bader Ginsburg, warns that court packing would cause federal courts to “lose a hefty share of whatever legitimacy they still retained” in the current politicized era.

Primus provides important historical perspective: “One of the nice things about living in post-Reconstruction America has been that conflict between the major political parties has not escalated all the way to the point of ultimate crisis.”

“I’d like us to keep that going,” Primus concludes.

Well said. The perceived illegitimacy of institutions – from local election boards all the way up to the Supreme Court – threatens to undermine the very nature of our nation. These institutions are the way Americans traditionally mediate disputes among a very diverse population. We must fight to maintain and restore them.