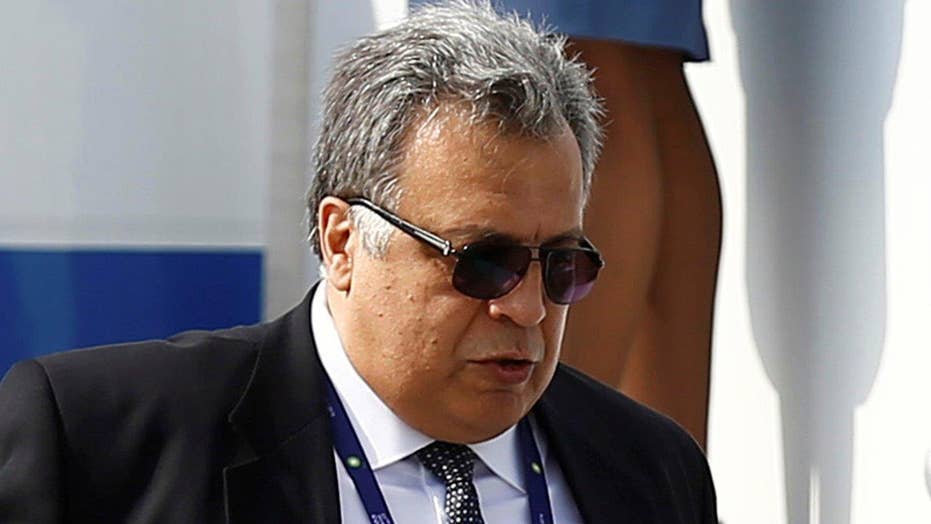 I walked into the Ankara airport on December 20th, after a long day of eye-opening meetings, to the news on every television – the Russian Ambassador to Turkey had just been shot. Our U.S. Ambassador to Turkey, John Bass, a career diplomat who expertly navigated our previous 24 hours of intensive meetings, was standing next to me. He calmly pulled out his cell phone and started making calls.

This attack was shocking, but it represents a sad new normal for Turkey. Days before I arrived, a car bomb exploded near a bus in Kayseri, Turkey, killing 13 soldiers and wounding 55 people. Days before that, two huge bombs went off at a soccer stadium in Istanbul, killing at least 44. Over New Year’s, a shooter killed 35 people in a club in Istanbul—a similar attack to the horrific one our nation experienced months before in Orlando, Florida. On top of threats from Kurdish terrorist groups and radical Islamic extremist groups like ISIS, Turkey experienced a coup attempt last summer. It continues to weigh heavily on the daily decision-making in the capitol city of Ankara as they work to identify everyone who attempted the violent overthrow of their President.

We need to help this long-term NATO ally. I heard repeatedly, while I was in Turkey, that they are eager for stronger American leadership in the region. The next Administration in Washington, DC should have a clear Middle East policy focused on pushing back these threats. That policy should be informed by a commitment to human rights, and religious and political freedom.

Turkey faces real challenges and bears a huge burden. But fear of these threats shouldn’t drive their nation away from core values of justice, religious freedom and due process. In contradiction to all of those values, it appears Turkey wavered on its constitutional commitment with the imprisonment of American Pastor Andrew Brunson, who has been held in prison without clear cause since early October.

Mr. Brunson is a pastor of a small church on the west coast of Turkey. After living peacefully in Izmir for more than 20 years, he was imprisoned based on unsubstantiated allegations of ties to the Gülen movement, a group that many blame for the coup attempt in July. The local prosecutor has yet to produce compelling evidence against Pastor Brunson. I met with the Ministry of Justice in Ankara to discuss Brunson’s case, but the situation remains bleak.

Turkey is a nation that has generally welcomed freedom of conscience and liberty for different faith traditions. Monday was National Religious Freedom Day here in America. We are grateful to enjoy this value as a constitutional right for all people. But religious freedom is more than just an American right; it is a basic human right that should be embraced around the world.

According to the 21st Century Wilberforce Initiative, five billion people around the world face religious persecution, and one-third live in places where religious freedom is severely restricted. The US Commission on International Religious Freedom’s 2016 report claims that numerous countries, including China, Burma, Iran, North Korea, Saudi Arabia, and Sudan, among others, continue to imprison, torture and persecute religious minority communities, including Jews, Muslims, Christians, Sikhs, and Buddhists.

Turkey should consider carefully how it handles the case of Pastor Brunson. America cares deeply about how our people are treated across the world, and we are watching closely. Aside from the personal struggle for Pastor Brunson and his family, America sees this as both a matter of religious freedom and safety for its citizens. If this is how Turkey treats an American like Andrew Brunson, other Americans will hesitate before taking their business to Turkey.

In 2015, the Senate passed a Trade Promotion Authority amendment that requires the Executive Branch to take religious freedom conditions into account whenever negotiating trade agreements with other nations. As it stands, because of recent imprisonments of over two dozen Americans over the past seven months, I cannot support Turkey’s involvement in a future European trade deal. I would not support increased trade ties of any kind which need approval from Congress until Turkey illustrates its commitment again to basic religious freedom.

We should stand strong with our NATO ally, Turkey, as they face incredible pressure from multiple terrorist organizations. And we should also expect Turkey to respect our people. A pastor and humanitarian aid worker for 20 years is not a threat to Turkey. But Turkey’s shift away from religious freedom is a threat to the freedoms of their people, millions of international tourists, and the economic future of the region.