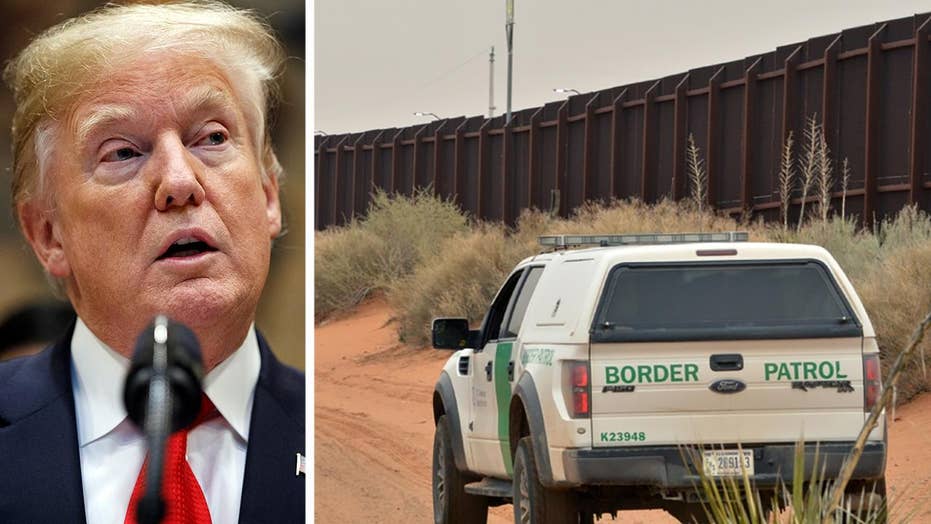 Right now, thousands of Central American migrants are marching towards the United States, intending to cross our southern border. They know that the majority of the 1,954-mile border is vulnerable and, even if caught, they can take advantage of our laws to stay in the U.S. illegally.

Enough. We must secure our borders and stop migrants from abusing our immigration laws. President Trump knows this. That’s why he has made border security – and a border wall – a priority.

I’m with President Trump. That’s why I’ve announced the first legislation that identifies how to fund the border wall.

My bill would also ensure eligibility for federal welfare programs, like food stamps, by using E-Verify, a web-based system that allows enrolled employers to confirm the eligibility of their employees to work in the U.S. While we’ve had laws on the books to prevent illegal immigrants from receiving these benefits for years, the system is vulnerable to document fraud.

By using E-Verify, we can ensure the integrity of our social safety net for the families who are lawfully entitled to it. We can also deter illegal immigration by imposing (and enforcing) a fine on illegal border crossings.

We also need to reform our immigration laws, especially the asylum process, to create safeguards against fraud and abuse.

I’ve been to the border six times in the last five years and each time I hear the frustration from Customs and Border Patrol agents. They are inundated daily with rehearsed and scripted asylum claims. The data backs this up. Five years ago, only 1 out of 100 migrants claimed asylum. Today, it’s 1 in 10.

That dramatic increase means we don’t have the ability to detain families after they cross the border illegally and/or claim asylum. They are released with nothing more than an assigned court appearance, a process often known as “catch and release.”

If migrants really wanted asylum, they’d show up for their court dates and go through the proper legal channels. But their goal isn’t really asylum; it’s to circumvent our immigration laws. The proof? Approximately 75 percent of illegal immigrants have deportation orders for failure to appear in court.

My bill, the Asylum Abuse Reduction Act, would stop the abuse by requiring migrants to make an appointment with our embassies or consulates in Mexico for the screening and determination of their asylum claims. This would enable us to prevent many of the false claims of asylum that overwhelm our legal system.

For those immigrants who don’t show up to court once in the United States, a criminal bench warrant would be issued for failure to appear.

President Trump has made meaningful border security a priority and it is time for Congress to do the same by enacting my bills. It is what American families deserve – and even more, it is what the hardworking men and women who are abiding by our immigration process deserve.