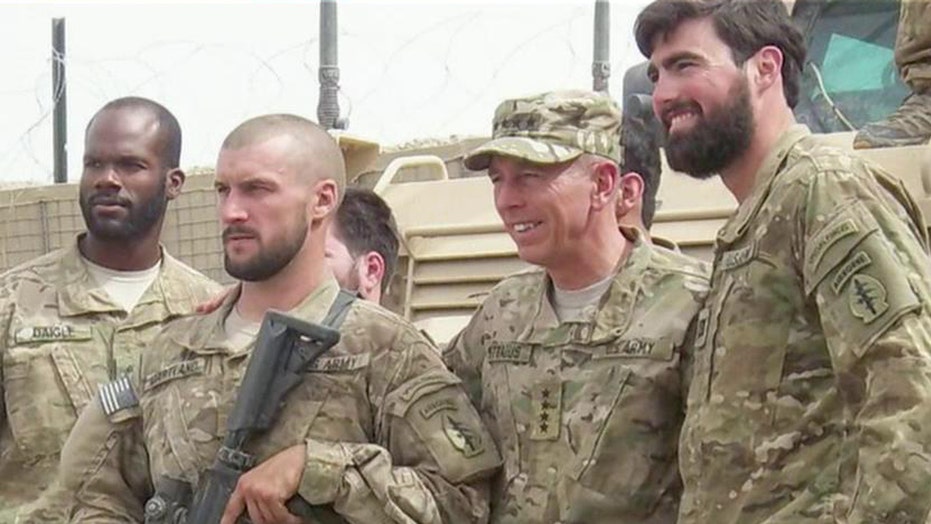 Imagine for a moment that you are serving in the U.S. Army and deployed to Afghanistan, and on your base there is clear evidence that child rape and other human rights violations are occurring at the hands of local Afghan police commanders and military officials.

You have already reported the crimes and nothing has been done.  Now you are standing face to face with a self-admitted child rapist and he’s laughing in your face—telling you to get lost.

What do you do?

That was the situation facing a group of Green Berets in Afghanistan, led by Captain Danny Quinn and Sergeant First Class Charles Martland.

There is no policy that requires our soldiers to look the other way, but, clearly, the fact that Quinn, Martland, and others have been punished for intervening in such cases of abuse shows exactly how our military leadership has decided to handle these cases.

In 2011, Quinn and Martland received reports that an Afghan woman was severely beaten by an Afghan commander when she went looking for her son.  Turned out her son had been kidnapped, chained to a bed and repeatedly raped by that same Afghan commander.

Quinn and Martland had experienced this before—twice, in fact.  Two other commanders received no punishment from the Afghan government for the rape of a 15-year-old girl and the honor killing of a commander’s 12-year-old daughter for kissing a boy.  And as Martland said, "I felt that morally we could no longer stand by and allow our ALP to commit atrocities."

So Quinn and Martland confronted the commander.  He laughed in their face, told them he would not stop, and suggested they find something else to do with their time.

So Quinn picked up the commander and threw him on the ground.  Martland did the same.

In doing so, they conveyed to the commander, loud and clear, that the abuse of children—especially in the presence of U.S. forces—won’t be tolerated.

In a single confrontation, Quinn and Martland were able to do what the Afghan justice system and our own military commanders could not.  They sent a message in a language and terms he could understand and wouldn’t forget.

For doing the right thing, Quinn was immediately removed from the front line and shown the door by the Army.

Martland was also relieved from the same outpost, but he is now fighting to save his Army career after 11 years.  Because of his actions, Martland was reprimanded by the Army -- at the direction of General Christopher Hass -- and given a blemish on his record for “a physical altercation with a corrupt ALP commander.”

The Army stated he lacked integrity.

Even though Martland did not need to apologize, he did.  He committed to self-improvement, to show the Army that he could continue serving.  And in 2014, he was selected as runner up for the Special Warfare Training Group Instructor of the Year, competing against over 400 Senior NCOs.

This is the type of warrior and leader that deserves to be involuntarily removed from service?  I think not.

This is one case where better judgment must prevail.  Quinn and Martland were reprimanded because they were told it wasn’t their place to intervene and they should properly observe Afghanistan’s cultural and relationship practices.

There is no policy that requires our soldiers to look the other way, but, clearly, the fact that Quinn, Martland, and others have been punished for intervening in such cases of abuse shows exactly how our military leadership has decided to handle these cases.

A decision on Martland’s future rests with Secretary of Defense Ash Carter, whom,  I am told, is fully aware of the many appeals on Martland’s behalf.  I have to believe that he’ll do the right thing and put one of our most elite and ethical warriors above an admitted rapist.

Deciding in Marltand’s favor, given the circumstances of the case, is the quickest and most effective way for the Department of Defense to show it won’t tolerate abuse and human rights violations of any kind.