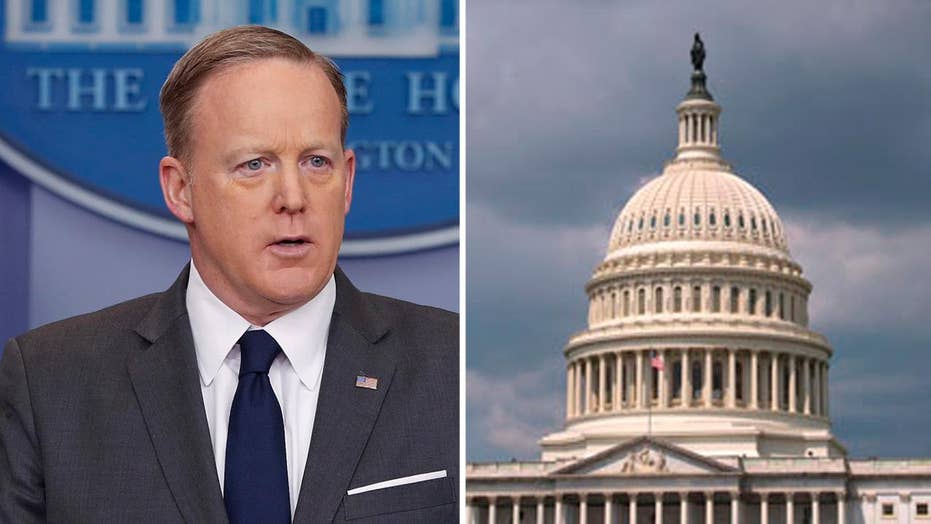 This week the media got the scalp they wanted. Next to President Donald Trump, journalists have been out to get Sean Spicer more than any other member of the administration. Friday, they got their wish. In effect, journalists made an extremely difficult job impossible.

Spicer became a favorite media target for either press room theatrics from CNN’s Jim Acosta (D-Diva) or lampooning by "Saturday Night Live." The liberal press hated everything Spicer did -- from refusing to bow to the traditional order of questions to journalists and their news organizations to calling on conservative outlets and using Skype to bring in other voices.

The press corps has been gunning for Spicer since Trump took office. When Spicer battled with reporters over the size of the inaugural crowd, the media went absolutely nuts.

ABC’s Jonathan Karl let everyone know the press was out for blood by asking, “Is it your intention to always tell the truth from that podium? And will you pledge never to knowingly say something that is not factual?” (He repeated a version of that question to incoming Director of Communications Anthony Scaramucci when he stood in the press briefing room on Friday afternoon.)

White House Press Secretary Sean Spicer talks on a phone during the Congressional Picnic on the South Lawn of the White House, Thursday, June 22, 2017, in Washington. (AP Photo/Alex Brandon) (AP)

On the day of Karl's question to Spicer ABC, CBS and NBC then spent 20 minutes and 18 seconds on Spicer’s press room fight. That meant they gave 12 times as much coverage to their own egos over Trump signing an Affordable Care Act executive order that reined in penalties. Journalists began an immediate whisper campaign claiming Trump was unhappy with his press secretary.

As the relationship between Spicer and the press worsened, Acosta and others tried to act out to get attention. Spicer’s critiques of the press also got more pointed. He called out news outlets for their biased ObamaCare coverage making “it seem like it's all rainbows and puppies.”

The problems escalated and the press reveled in them. CNN hired Spicer combatant April Ryan less than a week after she and the press secretary had a minor dust-up. "The Hill’s" Cristina Marcos even tweeted out a “typo” that referred to Spicer as Hitler.

In response to reporters showing off during the press briefings, the White House turned off the daily show and made it more of a normal press briefing. That outraged reporters. CNN responded by using a sketch artist.

Now Acosta and others will soon be yelling at newly minted Press Secretary Sarah Huckabee Sanders. And it starts all over again. But journalists will likely redouble their efforts because they are now convinced that a six-month temper tantrum can take down a press secretary they don’t like.