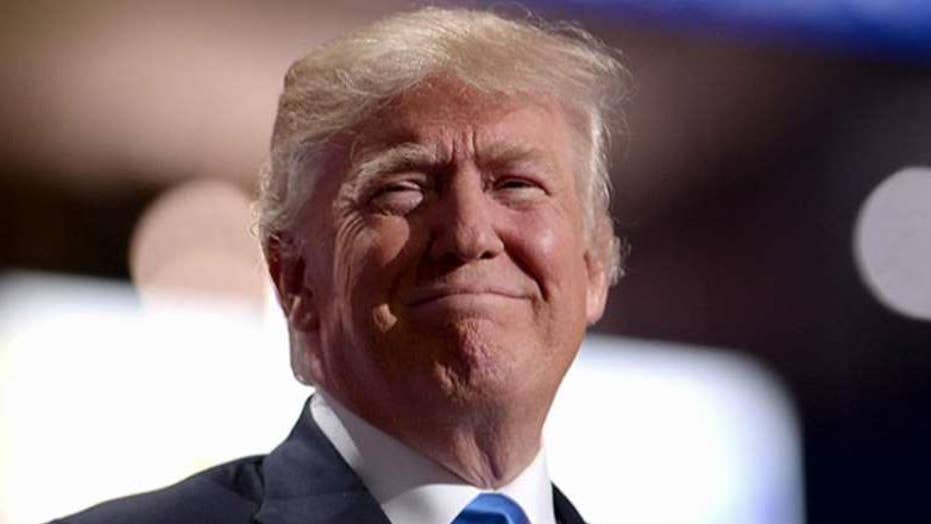 Loony liberal crybabies need to get over themselves and accept the fact that Donald Trump will be our next president.

What we're seeing from the alt-radical left, as I call them, is so over the top, it's pretty hard to believe. But it is real and it's beyond ridiculous.

Since last Tuesday's election, Hollywood celebrities who backed Hillary Clinton have been literally in tears, freaking out. Chelsea Handler, Seth Myers and Miley Cyrus are among the heartbroken celebs whose meltdowns have been televised or gone viral online.

"The message that I want to, like, spread out to other women is, is exactly what you're saying, is not to give up," Handler said on her Netflix show, "Chelsea." "I'm crying. I want to move to Spain. I really, really want to move to Spain right now. And everyone in my office is, like, 'You have a responsibility and you have a voice and you need to use it and you have to be here.'"

Is this really the country we are? Is this where we are at this moment? Because I was not happy with the results in 2008 and 2012, and I'm sure some of you weren't that happy, either. Did you see me throwing a temper tantrum? Was I crying hysterically?

Myers, host of NBC's "Late Night," was especially sad because, he noted, his mother's name is also Hillary. And Cyrus appears to hold out hope Clinton will try for the White House yet again.

It's gotten even worse. Now, according to The New York Post, elite private schools in New York City are helping coddled, pampered students, quote, "deal with the election results." They're bringing in therapy dogs and offering, "disaster counseling."

The Wall Street Journal is reporting that co-eds at an Ivy League university, Cornell University, are holding "cry-ins," where the faculty are providing students with tissues and hot cocoa, and that the University of Michigan is handing out coloring books and allowing college kids to play with Play-doh to help them cope with the discomfort of losing an election.

There are also reports that students at campuses all across the country Wednesday were staging walk-outs to protest Donald Trump. On top of that, you've got all these left-wing agitators, day after day after day, taking to the streets to cause disruption and chaos over Donald Trump's victory.

Let me unpack this for you and get rid of all the clutter for just a minute. Is this really the country we are? Is this where we are at this moment? Because I was not happy with the results in 2008 and 2012, and I'm sure some of you weren't that happy, either. Did you see me throwing a temper tantrum? Was I crying hysterically? Was I carrying on because I didn't get my way or you didn't get your way? Of course not, because that's not how adults act.

But apparently, this is how the PC culture, where everybody's a winner, everybody gets a participation trophy, and these liberals operate.

We have a national epidemic, with about a quarter of a million soldiers coming back from Iraq and Afghanistan and experiencing real suffering. It's called PTSD, and they experience real pain, real trauma, real suffering, watching their friends have their legs blown off and die right in their arms. But we're supposed to roll out the red carpet for sore loser liberals because their subpar, crooked and corrupt candidate lost an election?

Please, give me a break. It's time to grow up.