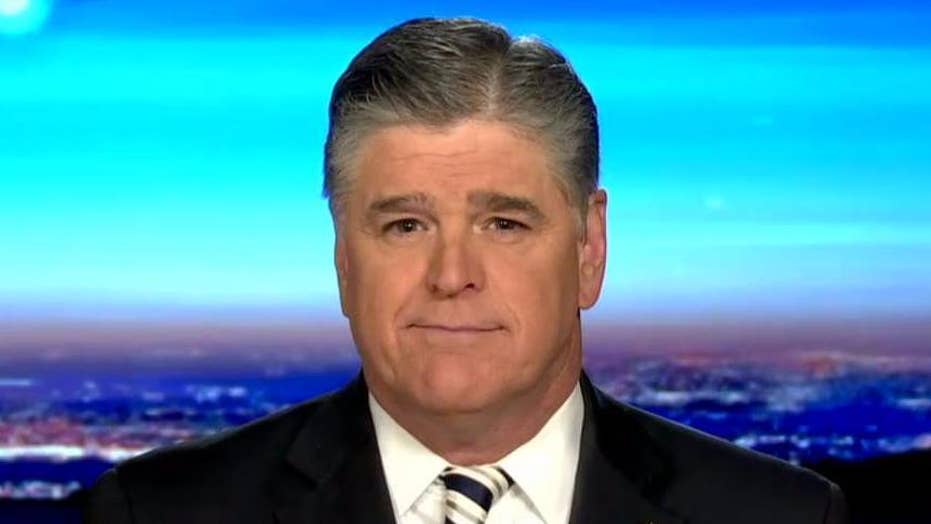 Hannity to McConnell: You need to get out of the way

Hillary Clinton was all smiles at the release of her new book, but the failed presidential candidate should be anything but happy, because the book, titled “What Happened,” is full of excuses, lies and fake news.

Crooked Hillary, as President Trump calls her, is in complete denial about why she actually lost the election. My colleague and friend, Gregg Jarrett, has put together a list of 32 reasons Clinton has given for why she lost. And the list grows and grows and grows as Clinton blames everyone and everything but herself and her terrible campaign for her defeat.

“And then let's not forget sexism and misogyny, which are endemic to our society,” Clinton told CBS on its “Sunday Morning” show.

There is an alternative list of reasons for Clinton’s humiliating loss to President Trump. Topping it is the secret email server, on which she illegally sent and received sensitive government information.

Clinton's team deleted 33,000 emails using BleachBit -- in other words, acid wash -- after being served with a congressional subpoena. An aide also smashed those old mobile devices with a hammer. Can't get the emails from there. Just as bad, members of the Clintons' legal team did give the FBI Blackberries, but those Blackberries didn't have SIM cards in them, rendering them meaningless.

Comey didn’t hurt her on this issue, he covered for her.

Also on the list is the crooked work of the Clinton Foundation, which took millions and millions of dollars from countries like Saudi Arabia, Kuwait, the UAE and others - countries that treat women, gays, lesbians, Christians and Jews horribly.

Then there was the Uranium One deal, in which Hillary Clinton was one of nine people to approve the transfer of up to 20 percent of America's uranium -- the foundational material for nuclear weapons – to the Russians. The folks who profited from that deal ended up kicking back as much as $145 million to the Clinton Foundation.

And what about Hillary’s vow to put coal miners out of work and her refusal to campaign in states hard hit by the Obama economy?

Clinton’s own list of excuses is as pathetic as she is delusional. She can't come to grips with the reality that she was a terrible candidate with no message, no vision for the American people.

The real reason she lost? Americans chose wisely on Nov. 8.