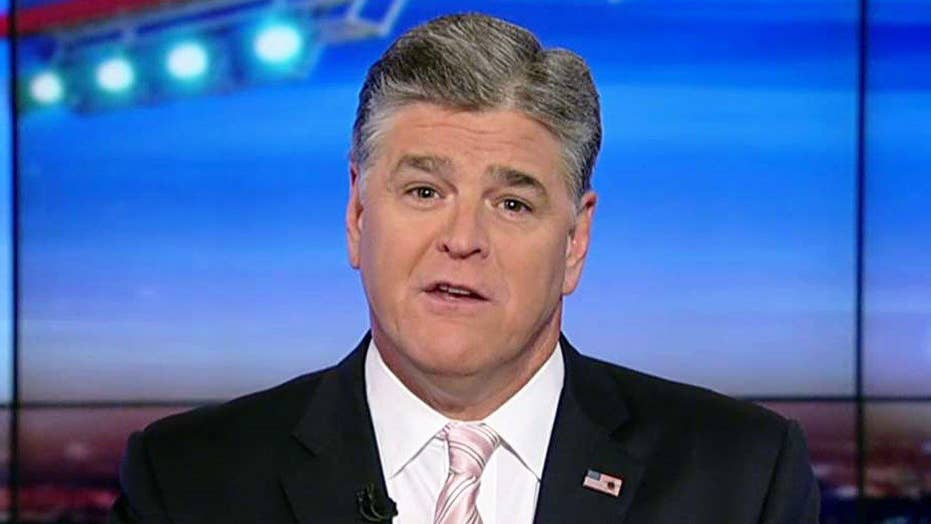 President Obama is leaving office the same way he came in, as a rigid, divisive and radical ideologue who will stop at nothing to undermine his political opponents.

Former presidents have a long tradition of holding their tongues and giving their successors a wide berth. But in his final press conference on Wednesday, the outgoing commander-in-chief signaled that he's not going away. And he even took a few shots at President-elect Donald Trump.

“I'm still a citizen,” he said. “And I think it is important for Democrats or progressives who feel that they came out on the wrong side of this election to be able to distinguish between the normal back and forth, ebb and flow of policy.

There's a difference between the normal functioning of politics and certain issues or certain moments where I think our core values may be at stake,” he added.

Instead of following the example of his own predecessor, President George W. Bush, President Obama is planning to do the complete opposite.

Before and during Obama's presidency, I interviewed President Bush several times and asked him to comment on President Obama.  Much to my chagrin, he steadfastly refused.

“First of all, I'm trying to regain a sense of anonymity, which I know is impossible, but nevertheless, it's worth the effort,” Bush told me on Nov. 25, 2010. “Secondly, I don't think it's good for the country to have a former president criticizing his successor.”

“I'm sure you have a lot to say,” I told the former president. “  We talked politics before you came in here. You are very engaged and aware of what's going on.”

“ Yes,” Bush replied. “I'm very aware of what's going on. I don't think it's good for the country to have a former president undermine a current president.  I think it's bad for the presidency, for that matter.”

There were other occasions, and each time, President Bush took the high road, once telling me it was because “the office is more important than the occupant.”

“The American people have a choice this November,” he said in May of 2008. “It's going to be a clear choice between four more years of the same failed Bush policies that have wrecked Michigan's economy, or real change.”

Days later, he said: “I believe that there is no separation between John McCain and George Bush when it comes to our Middle East policy. And I think their policy has failed.”

And here was a doozy from the man who would go on to double our national debt, adding more to the financial burden future generations than all previous presidents combined:

“The way Bush has done it over the last eight years is to take out a credit card from the bank of China in the name of our children, driving up our national debt,” he said on July 3, 2008. “That's irresponsible! It's unpatriotic.”

And he kept blaming President Bush the entire time he's been in office, saying he inherited a “fiscal disaster.” He's still blaming Bush – when he’s not attacking Trump.

“Donald Trump is temperamentally unfit to be commander-in-chief,” Obama declared in November.

President Obama savagely attacked President-elect Donald Trump because he knew if a Republican won, his legacy would be nonexistent.  That legacy is easily erased, because President Obama refused to compromise on his leftist ideology or to work with the Republicans in Congress. Instead, he relied mostly on executive orders and actions and discretion to unilaterally dictate federal law.

Now that Donald Trump won, President Obama is realizing his legacy could all be gone by the stroke of a pen as soon as Donald Trump takes office. For example, on immigration, Trump can easily undo Obama's deferred action for childhood arrivals executive order, which basically granted amnesty to over one million illegal immigrant "Dreamers."

Trump can put an end to catch and release, the dangerous policy that lets criminal illegal aliens roam free in our country. He can cut off funding to sanctuary cities. President Trump can stop thousands of people from countries with ties to terror from ever entering the country.

The Iranian nuclear deal? Remember, Obama didn't go to the Senate. The Trump administration can take steps to get out of that agreement with the No. 1 state sponsor of terrorism. And climate change regulations like the Environmental Protection Agency’s Clean Power Plan and the Paris climate agreement can easily go bye-bye.

Congress is already in the process of repealing and replacing ObamaCare and getting rid of Dodd-Frank and financial regulations.

After that, the only remaining aspect of President Obama's legacy will be his utter failure on the economy and on foreign policy. Unfortunately, this part will be much harder for President-elect Trump to get rid of.

In the end, President Obama accomplished pretty much nothing. And after 100 days of Donald Trump being president, it's going to be like he was never there, except for the debt he left us and the liberal activist judges he appointed.

It’s far too late to be remembered as a successful president. But President Obama, you still have a chance to show a little bit of class. Learn from George W. Bush and be quiet for a change.