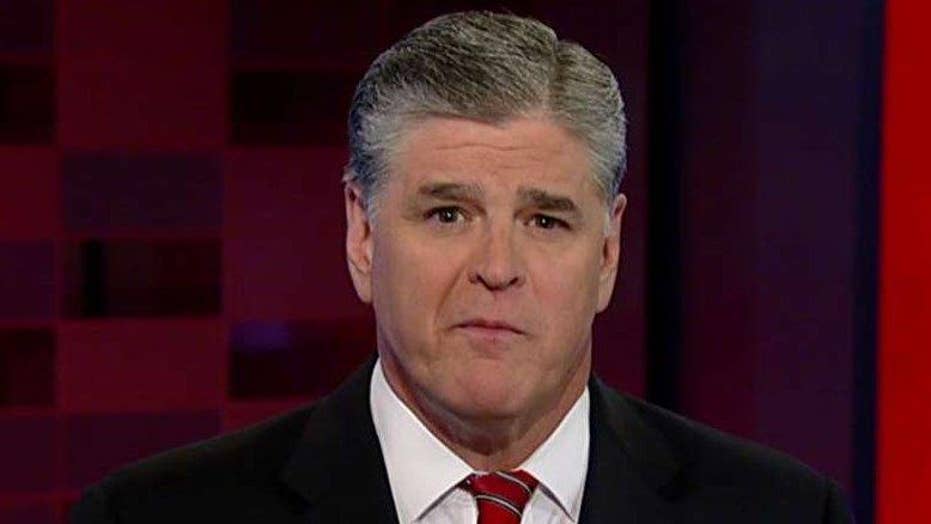 Hannity: How stupid does Comey think we all are?

Most of the media ignored it, but FBI Director James Comey dropped a bombshell about Hillary Clinton and her aide Huma Abedin's potentially criminal mishandling of classified information Wednesday during testimony before the Senate Judiciary Committee.

The FBI boss was trying to explain why he told the nation, just before the presidential election, that the bureau had reopened the investigation into Hillary Clinton’s private server and mishandling of sensitive government information. The alt-left believes this, and not Clinton’s woeful campaign, lack of a message and endless baggage, is what cost her the election.

Comey explained how a separate probe had turned up emails from Clinton on a computer owned by Anthony Weiner, the pervert married to Clinton aide Huma Abedin.

But alas, Comey said, the bureau had no reason to believe Huma Abedin had any criminal intent in mishandling sensitive emails. Once again, he ignored the fact that the statute does not require intent, but that’s another issue.

The real issue is, why was Comey only revealing this information now? And we're really supposed to believe that Abedin had no idea that sending classified material to Anthony Weiner's laptop isn't a crime?

Comey, at a minimum, should have done a full investigation of Abedin. By passing, he helped Hillary Clinton. She still lost, but it was in spite of Comey, not because of him. President Trump even said as much on Twitter.

"FBI director Comey was the best thing that ever happened to Hillary Clinton in that he gave her a free pass for many bad deeds,” Trump tweeted. “The phony Trump/Russia story was an excuse used by Democrats as justification for losing the election. Perhaps Trump just ran a great campaign."

Trump’s right. Clinton got a free pass, and so did Abedin and her creepy husband. If you or I did a tiny fraction of what they did, we'd be wearing orange jumpsuits and sitting in a tiny cell somewhere.

While Comey goes through all sorts of verbal gymnastics defending Clinton and defending his decision to let her off the hook, he coyly says only enough about the baseless conspiracy theory involving Trump and Russia to keep it alive with the alt-left.

“Is there any evidence that the Trump campaign assisted or directed those efforts?” Sen. Al Franken, D-Minn., asked him.

“That's something that I can't answer here,” Comey replied. “But I would refer you back to what I said was the purpose of the investigation, to understand whether there were any coordination or collusion between elements of the campaign and the Russians.”

Maybe Comey is waiting to make a bombshell announcement about the Trump probe just before the 2020 election. Here’s a better idea for the man who gave Hillary and Huma a break: Give us one.