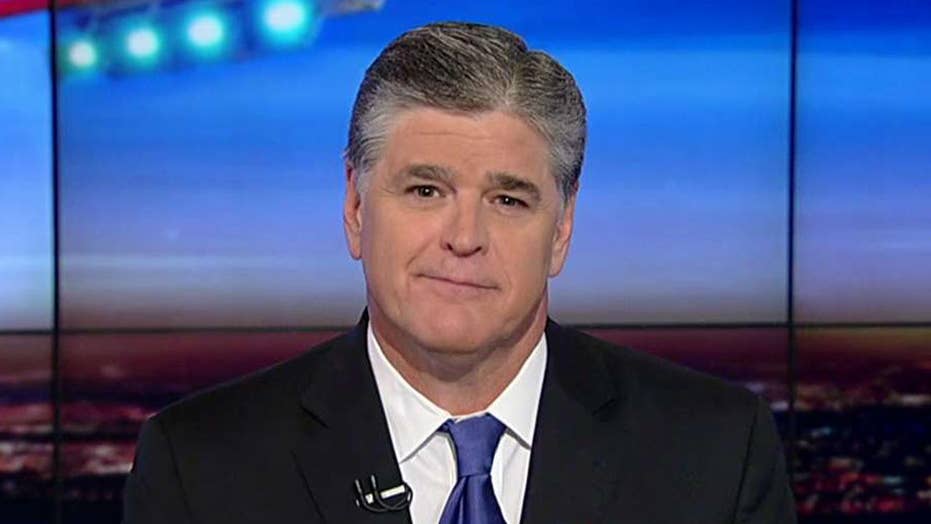 Hannity: ObamaCare must be completely repealed

It's time to break down the GOP's “American Health Care Act” and determine whether it is really is going to work for the American people.  And it is time to hold Washington accountable.

Let's go back to 2009, when President Obama told a room full of lawmakers “Elections have consequences.” He didn’t know how right he was: Eight years later, with the Republicans now in control of the House, the Senate and the executive branch, his crowning achievement is on the chopping block.

Some on the right, including conservative groups Americans for Prosperity, the Club for Growth and the Heritage Action Committee, are slamming the proposal Republicans unveiled Monday night. Author Daniel Horowitz penned an article entitled, “RINOcare, a more insolvent version of ObamaCare, except this time, the GOP owns it.”

Key Senate and House Republicans are raising serious issues with the plan.

Perhaps most devastating was the indictment issued by Sen. Rand Paul, R-Ky., a medical doctor,

“The House bill's been put forward is 'ObamaCare lite,’” he said. “It won't work. Premiums and prices will continue to spiral out of control.”

Let's take a step back and look at some positive aspects of the plan.

After seven years of promising to repeal ObamaCare, Republicans are attempting to do just that. The bill would eliminate the individual and employer mandates. It would strip federal funding for abortion providers like Planned Parenthood. It dumps the medical device tax, as well as other oppressive taxes enacted under ObamaCare.

Those are all good things.

But -- and a big 'but,' the American Health Care Act is far from perfect. It must be fixed.

ObamaCare must be completely repealed. Costs must be contained, insurance-free cooperatives must be utilized and health care savings accounts must play a big role.

Debate is good, but before the GOP forms a circular firing squad, it's important to note the words of Health and Human Services Secretary Tom Price.

“This is a work in progress, and we'll work with the House and the Senate in this process,” Price, himself a medical doctor and a former member of Congress, said. “As you know, it's a legislative process that occurs. You start at a starting point. People engage and they get involved in the process, sometimes to a greater degree. Nothing focuses the mind like a bill that's currently on the table.”

It's very important the House Freedom Caucus and senators such as Rand Paul, Ted Cruz Marco Rubio and Lee have input into this bill.

First drafts are never perfect. It's up to Republican members of Congress to come together and fix this bill and get it right for the American people. They must be united in combating efforts of Democrats to paint the bill as a disaster for low-income Americans. They will predictably claim that Republicans want to kill children and kill old people.

These discussions cannot take place on TV or in the press. Republicans pro and con should get together in a room and work through these issues face to face.

Once ObamaCare is repealed and replaced, Republicans are going to own whatever gets put in its place. Voters will not settle for “ObamaCare lite.” It would have been better if a consensus bill had come together before it was released. But the GOP still has time to fix it.