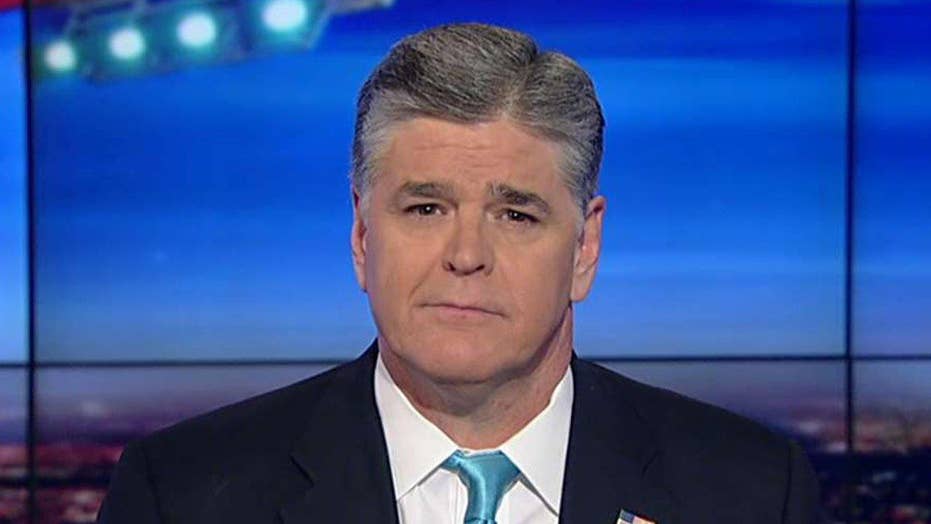 The left needs to admit that Trump won fair and square

Enough is enough. It's time for the coddled left to stop trying to undermine President-elect Donald Trump and admit the fact that he won fair and square.

Since election night, the left has been plotting to try and prevent Trump from actually occupying the Oval Office. Remember the recount attempts? That was such a complete disaster that Trump actually ended up getting more votes in Wisconsin.

Now the Democrats are pushing this Russian hacking story, but it is a total failure because it's not based on concrete evidence or any new information or fact. But Democrats can't let it go.

Let's break this down. Earnest would obviously not be making that claim without the approval of his boss, President Obama. So you have the outgoing president of the United States now actively trying to delegitimize his successor.

And that's not the only tactic that the Democrats are deploying. They're plotting basically what amounts to a political coup, trying to undermine our democracy and create a constitutional crisis all because their corrupt candidate lost and you didn't vote for her.

On Monday, members of the Electoral College will meet to officially cast their ballots for president and vice president. The alt-radical left is doing everything it can to try and convince these electors not to do their job and not vote for Donald Trump. And not surprisingly, Hollywood liberals are throwing their support behind this very radical idea to create a constitutional crisis.

“Republican members of the Electoral College, this message is for you,” said Martin Sheen in a recent Hollywood TV campaign featuring an ensemble of elitist thespians stooping down to educate voters and pressure electors. “As you know, our Founding Fathers built the Electoral College to safeguard the American people from the dangers of a demagogue and to ensure that the presidency only goes to someone who is to an eminent degree endowed with the requisite qualifications.”

“An eminent degree, someone who is highly qualified for the job,” chimed in Debra Messing.

It even gets worse. We've recently learned that President Obama and Hillary Clinton are directly tied to this plan. Now, the DailyCaller is reporting that a public relations firm that represents some of these "faithless electors" was co-founded by former White House adviser Van Jones. He now, by the way, works at the "Clinton News Network," CNN. The company is reportedly filled with board members who have worked for President Obama and Clinton's campaign in the past.

The alt-radical left also is using extreme tactics to try and influence these electors, including threats of violence. Consider what's been happening to one Michigan Electoral College voter.

“I've been inundated with hundreds and hundreds of letters to my house, Facebook messages, and some of those messages were death threats,” said Mike Banerian. “I've had people threatening to put a bullet in the back of my mouth, people saying to throw myself in front of a bus, sending me pictures of a noose, saying if I don't do the right thing that they'll get me.”

Ever since Clinton lost, President Obama has been floating the idea that Russia could have influenced the election. But back in October, he was actually mocking Donald Trump for raising concerns. Take a look.

“The larger point that I want to emphasize here is that there is no serious person out there who would suggest somehow that you could even -- you could even rig America's elections,” Obama said. “And so I'd advise Mr. Trump to stop whining and go try to make his case to get votes.”

So why won't the Democrats listen to their own advice and criticism on this issue? Because they don't care about you, the people they think are irredeemable, the basket of deplorables. The left only cares about people who live in New York, Los Angeles, San Francisco, and of course, the swamp known as  Washington, D.C. Middle America might as well not even exist.