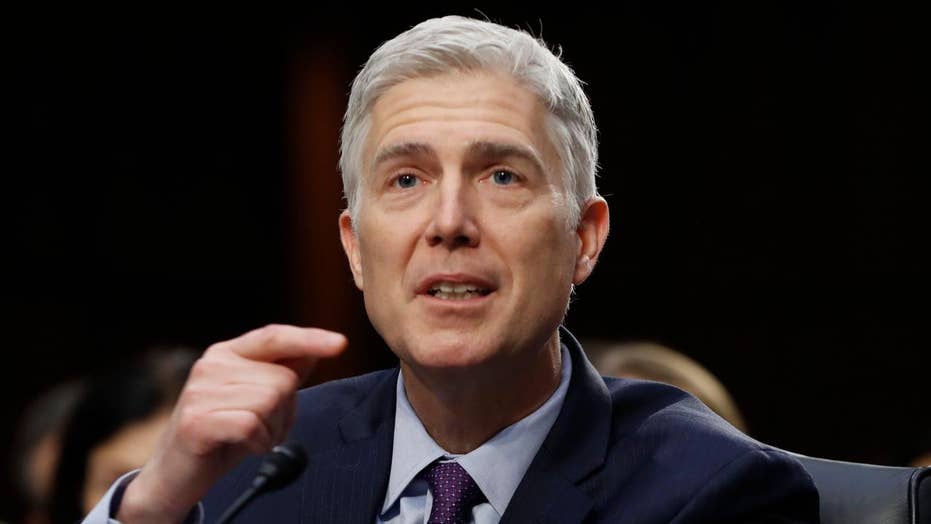 Contrary to media reports Thursday, Senate Minority Leader Chuck Schumer’s promise to invoke a filibuster signals the success, not the failure, of Judge Neil Gorsuch’s Supreme Court nomination. If Democratic Senators had made any progress in attacking Gorsuch’s qualifications, record, or judicial philosophy, they could persuade their Republican colleagues to reject Gorsuch. With 48 Senators in their caucus, Democrats would only need persuade three Republicans to join them.

But they cannot.  Anyone watching the confirmation hearings – and between us we have watched all of them going back to the ones for Antonin Scalia, whose untimely death created the current vacancy – can tell that the Democratic Senators had already thrown in the towel. They have spent most of their time attacking Donald Trump for matters that have almost nothing to do with Gorsuch, or criticizing their Republican counterparts for refusing to confirm President Barack Obama’s nominee, Merrick Garland, for the same seat a year ago.

Senator Patrick Leahy (D-Vt.) pursued the standard Democratic attack line.  He questioned Gorsuch on the obscure Emoluments Clause, which prohibits federal officers from receiving gifts or titles from foreign governments. The Emoluments Clause has not given rise to a single Supreme Court case in American history, but Leahy just wanted to score political points on Trump’s difficulties in disentangling himself from his businesses.  Gorsuch easily avoided the question.  Given "ongoing litigation" involving that clause, Gorsuch said, "I have to be very careful about expressing any views."

Leahy also invited Gorsuch to criticize White House counselor Stephen Bannon, whom Leahy accused of “giving a platform to extremists and misogynists and racists.” This, of course, also has almost nothing to do with whether Gorsuch would be a fit Supreme Court Justice.  Again, Gorsuch easily sidestepped.  "What vision do you share with President Trump?" the senator asked.  "Respectfully, none of you speaks for me," Gorsuch said. "I am a judge. I am independent. I make up my own mind."

Gorsuch is running out the clock and the Democrats can see that they are behind on the scoreboard.

In deciding to play to the peanut gallery of left-wing activist groups with these questions, Democratic Senators gave up their opportunity to build a constitutional case against Gorsuch. Nor could Democrats cannot seem to get past their grievance about the Scalia seat. The Democratic base feels that the Scalia's seat is properly Garland's and that Gorsuch should not benefit from "stolen goods."  But this sort of theft, if theft it be, has a long history. Distinguished Virginia law professor Lillian Bevier never got her committee vote, much less a floor vote for her nomination to the Fourth Circuit when Democrats controlled the Senate in 1992. Stellar appellate lawyer Miguel Estrada never received a floor vote in two years for his nomination to the D.C. Circuit.  Does anyone doubt that if the shoe were on the other foot, a Democratic Senate majority in 2016 would have delayed confirming Gorsuch if proposed by a Republican President?

Democrats have finally pursued one last strategy, to paint Gorsuch as the cold-hearted nominee who always sides with big business.  Their favorite example is the tale of the "frozen trucker".  A statute provided that employers may not fire an employee who “refuses to operate a vehicle because ... the employee has a reasonable apprehension of serious injury to the employee or the public.”  In this case, Gorsuch concluded that by driving a truck to avoid the effects of frigid weather, the employee had "operate[d] the vehicle" and hence the bar on firing an employee for refusing to operate the vehicle did not apply. At a minimum, this seems a reasonable interpretation, for the statute apparently focuses on an employee's unwillingness to drive an unsafe vehicle.

But whether Gorsuch was right or wrong, Democratic Senators argue that Gorsuch simply had to agree that the statute protected the driver because the driver was the "little guy." There is no legal principle that demands that judges should always favor the weaker party. Many Democratic judges recognize that the law does not systematically favor the underdog and rule for "big business" all the time. The aphorism "Justice is blind" and "equal justice under law" reflect a proper desire to level the legal playing field.  We know a way to decide cases so that the “big guy” wins 50 percent of the time and the “little guy” wins 50 percent of the time – it is called a coin flip.

Democrats have tried to "Bork" Gorsuch. But every nominee to the High Court has taken a page out of the post-Bork playbook. The more a nominee says, the more ammunition she supplies to her opponents. Nominees say nothing of consequence, other than defending the rule of law and asserting that judges should enforce existing rules rather than revising them. After Bork, a nominee will never again attempt to educate the Senators who will decide his or her fate.  Humility, circumspection, and an insistent refusal to answer hypothetical questions are the cardinal rules of confirmation hearings. Gorsuch is running out the clock and the Democrats can see that they are behind on the scoreboard.

Republicans have created a target-rich environment for Democrats, with Russia, executive orders, health care, the budget, and the Donald's tweets all vying for limited attention.  Paradoxically, President's Trump's troubles make it almost impossible for Democratic Senators to focus their opposition on Gorsuch.

The sense that Gorsuch is going to be confirmed is nearly universal, making these hearings as exciting as a Soviet show trial. Some people are going to pay attention. But most already know the ending.