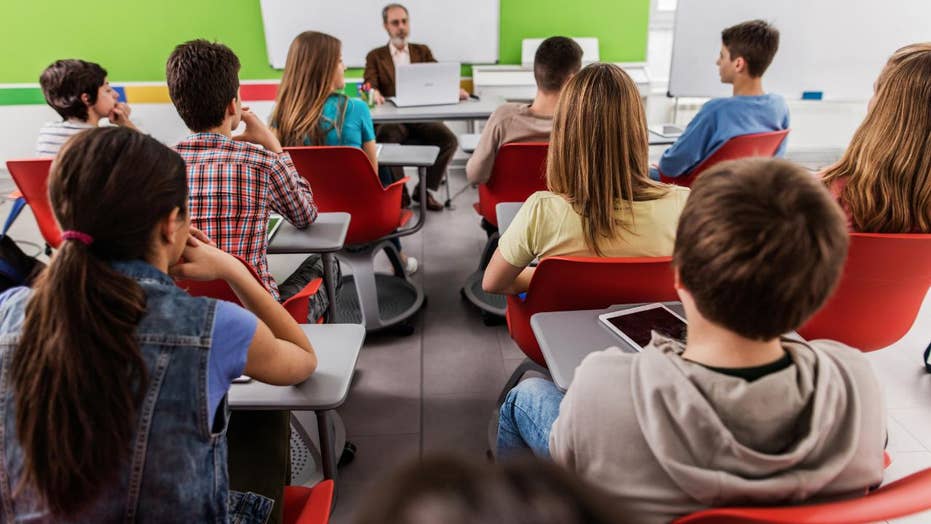 Todd Starnes speaks with Eric Sitton, father of a sophomore student at a Virginia high school, where the administration stated that students will be selected for AP and honors classes based on skin color

A Virginia high school sent a disturbing letter to parents and students announcing they would be selecting students for Advanced Placement and honors classes at least partly based on skin color, a concerned parent told Fox News.

Martin Luther King, Jr. must be turning over in his grave.

A parent forwarded me a copy of the letter sent from John Handley High School in Winchester.

The letter went on to explain that public schools across the country “continue to see outcomes that are disproportionate by race and social class.”

“American demographic trends indicate that America will be a majority minority nation in the next 25 years,” the letter read. “Therefore, the new work of American public schools is to develop systems to address disparate outcomes.”

Interesting -- I thought the work of American public schools was to teach kids how to read, write, multiply and divide.

A school district spokesperson reached out to me and strongly denied that they have any policies dictating racial quotas for advanced courses.

“Our school division does not have, nor has it ever had, any policy that utilizes race for enrollment into honors or AP courses.  All students, regardless of race, must meet academic criteria to enroll in advanced level coursework.  Over the past years, the School Board has continued its focus on providing advanced level coursework as well as increasing advanced course offerings across a variety of disciplines.  The School Board has not contemplated, nor adopted, any policy or practice that utilizes race in determining which students can or cannot take such courses, or any other courses for that matter,” the spokesperson said.

However, the letter clearly states that is their goal.

“I disagree that those statements mean that students will be placed in classes based on race,” said schoolboard chairman Erica Truban.

Eric Sitton – father of a rising sophomore honors student at the high school was one of the parents who received the letter.

“I was taken aback. I couldn’t believe someone would put words like that in print to send around to the homes of students,” he told me.

He said he was especially distressed when his teenage son read the rules governing honors classes.

“I felt powerless to help my child,” he said. “Seeing the look on his face when he realized that he was being judged by the color of his skin was agonizing.”

So how does a public school district explain judging children based on their pigmentation?

“My son asked me, ‘Am I not going to be able to be in an AP class because I’m white?’ And I didn’t know what to tell him,” Mr. Sitton said.

Last year, he said one of his son’s teachers told students she could not believe anyone would vote for Donald Trump. She attempted to influence students with her political ideology.

“It is honestly like trying to run a marathon in mud – trying to deal with the school system,” Mr. Sitton told me.

Hopefully, Mr. Sitton’s son will be among the 40 percent of white people permitted to enroll in honors classes.

“I told my son to just do the best you can do, show your aptitude and hopefully you will get the classes you want,” he said.