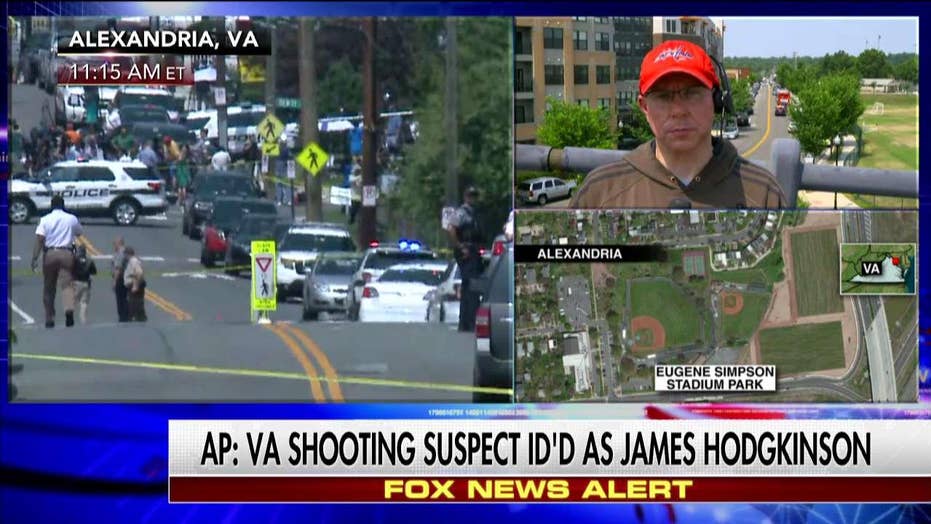 What did you expect?

“Julius Caesar,” dressed and looking on purpose like Donald Trump, is knifed to death nightly in a New York theater presentation lauded by CNN as “a masterpiece.”

Tom Perez, the head of the Democratic National Committee, says “Republican leaders and President Trump don’t give a sh*t about the people they were trying to hurt.”

That noted political philosopher, Madonna, thinks a lot about blowing up the White House.

Words have weight. And now, a former campaign volunteer for Bernie Sanders has used violence to express his feelings. The scale on which he stepped registers the weight of guilt.

That’s no reflection on Senator Sanders, who despite his vicious criticism of Trump, has kept his remarks within the bounds of decency.

There is a kind of head-shaking inevitability about the attack on Rep. Steve Scalise, his protective detail and his aides. Democrats are fully justified in being disappointed, even enraged, that Trump was elected instead of Sanders or Hillary Clinton. But far too many seem to feel that because Trump is an unconventional president, there are no bounds to what can be said, threatened, broadcast or published about him.

Are there any late-night comedians who haven’t joined the competition to say the most shocking things about the president? Stephen Colbert, willing to do anything to breathe ratings life into his deeply unfunny show, concocted, that’s right, concocted a term to suggest Trump performs oral sex on Vladimir Putin. The result: uproarious laughter and higher ratings.

The once-venerable New York Times, whose anti-rich people, pro-transgender, government as nanny state agenda has been on view for years, has abandoned any attempt at objective reporting on the current administration. Surprisingly, some people still read the Times, and cannot help but be influenced by its out-there stridency.

Bellwether won’t even bother to call for restraint, now that the violent passions on display have crossed the line to shooting violence. Restraint seems too noble a goal to hope for. Instead, how about three days of silent, personal reflection among all the anti-Trumpers who have worked themselves into a collective hissy-fit that knows no trip-wire? Seventy-two hours of keeping your minds open and your mouths shut. Too much to ask?

No one expects liberals to fall in line behind Trump, who has made it easy to hate him with his undisciplined, sometimes uncouth speeches and tweets. He has magnified the natural, understandable conflicts that arise in politics.

It is possible to despise the president and his policies without violence? It is impossible to justify what happened Wednesday morning. But, just watch. Some will try.