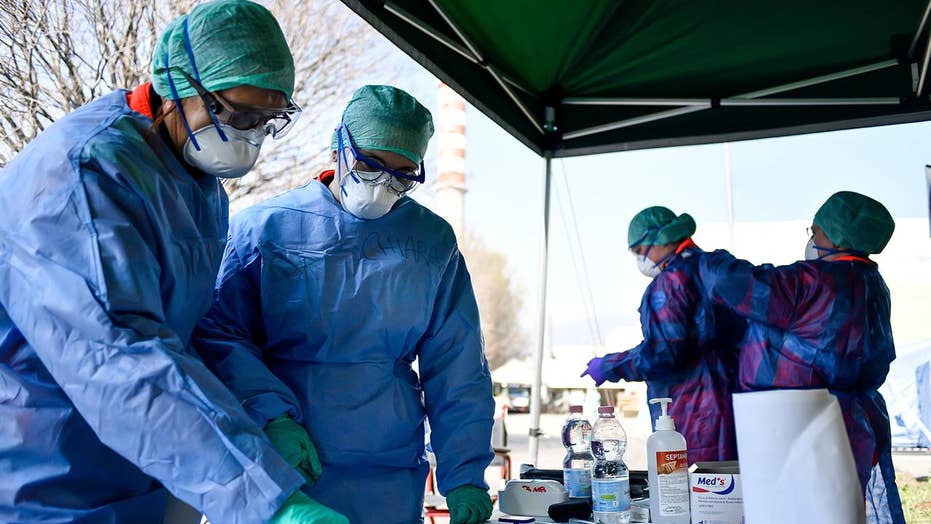 Nomad CEO Alexi Nazem discusses how his company, which connects medical professionals with health care facilities in need, is fighting the coronavirus.

In response to the coronavirus pandemic, New Jersey has begun issuing temporary emergency licenses to doctors licensed in other countries. Democratic Gov. Phil Murphy called the new policy "entirely fitting" for the state, which has the second-most cases of COVID-19 and the second-most deaths after New York.

It's a smart move.

The United States was suffering from a shortage of doctors long before the coronavirus landed on our shores. The pandemic has cast that shortage into even starker relief. Right now, we need every qualified doctor we can find – and that need will not go away after the pandemic ends.

KATHY GIUSTI: WAR ON CORONAVIRUS CAN TEACH US HOW TO MORE EFFECTIVELY WAGE WAR ON CANCER

State and federal regulations make it hard for physicians licensed in foreign countries to practice medicine in the United States. Doctors from other countries, with the exception of Canada, must pass the U.S. Medical Licensing Examination. Fair enough.

But doctors from outside the U.S. must also complete a three- to seven-year residency – even if they've already trained and practiced in their home countries. Some states even make established doctors redo part of their graduate education before granting them a medical license.

It can be next to impossible for these doctors to secure the medical residencies they need. This year, more than 40,000 applicants vied for just over 37,000 residency positions.

The United States will need an additional 122,000 physicians to meet patient demand by 2032,

These regulations force even the most qualified foreign physicians to essentially redo their medical training if they want to practice in the United States. That's time-consuming and expensive. So many of them take on other jobs for which they're supremely overqualified.

The stories are astonishing. A Macedonian primary care doctor became a nurse in Boston. An accomplished Sri Lankan anesthesiologist taught medical test prep courses in New Jersey. Other doctors work as waiters or cab drivers while trying to gain a U.S. medical license.

Our country can't afford to turn away talented physicians. The United States will need an additional 122,000 physicians to meet patient demand by 2032, according to the Association of American Medical Colleges.

Given the six-figure shortage of doctors we're facing, we must do much more to increase the supply of physicians.

Some may worry that foreign-trained doctors provide worse care than those educated in the United States. Sure, we need standards. But is a policy that makes it harder for doctors educated at the likes of Oxford or Cambridge to come to the United States really all that wise?

Besides, we already rely on foreign doctors to fill gaps in our nation's health care workforce. Half of all foreign-trained doctors work in areas where the annual per-capita income is less than $30,000 per year. These doctors also make up one-third of our country's primary care physicians.

An influx of immigrant doctors could also lead to more experimentation in the provision of care – and ultimately spur competition throughout the health care system.

Immigrants are more likely to start businesses than people born into the United States, according to the National Immigration Forum. Perhaps they'd be more willing to try out direct primary care, where patients pay a flat monthly fee for a suite of services. These models have the potential to yield lower costs and better care for patients.

Entrepreneurial foreign doctors may also be more interested in launching independent practices, which have been on the decline. Increasingly, doctors are working for big hospital systems with few competitors. That's one of the reasons health care costs have been on the rise.

Many foreign-trained doctors are ready, willing and able to help the United States battle pandemics, doctor shortages and more. All we have to do is let them.