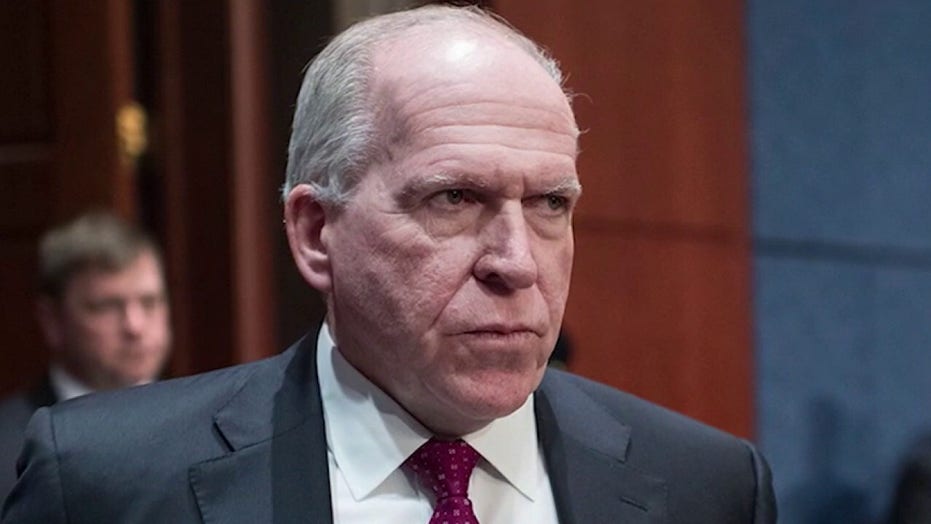 For Hillary Clinton, inventing the lie was easy. Spreading the lie was even easier. For President Trump, uncovering the truth has been hard. The truth always has its enemies.

This is the maxim – and chilling lesson – of the Russia hoax.

Newly declassified handwritten notes authored by former CIA Director John Brennan show that on July 28, 2016, he briefed President Barack Obama on intelligence evidence that Clinton had approved a plan to vilify Trump with false accusations that he was colluding with Russia. She did it, the intel concluded, to distract from her own damaging email scandal.

It was an audacious plot put in motion by one of Clinton's foreign policy advisers and then sanctioned by the then-Democrat presidential candidate on July 26. But the genesis of the smear came from Clinton herself. 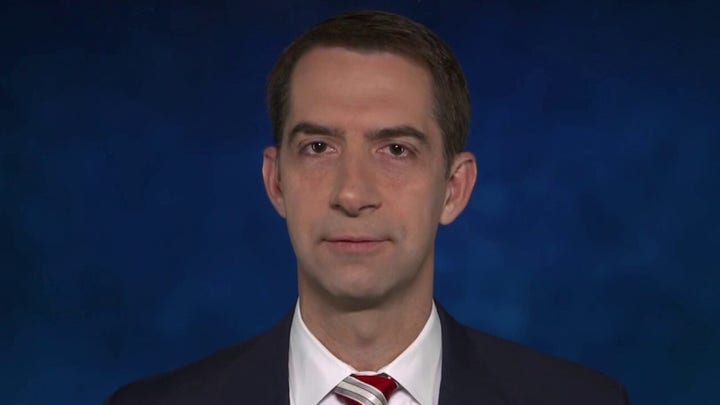 For months, she had peppered her campaign speeches with increasingly venomous accusations that her opponent was a Kremlin asset and a "puppet of Putin." There was not a shred of plausible evidence. It was a shameless lie drawn from the insidious depths of Clinton's fictive imagination. It was magnificently devious and classic Clinton.

But the lie didn't stop there. Through a conduit, her campaign commissioned an ex-British spy who composed an anti-Trump dossier of rumors and disinformation derived from a suspected Russian spy.

These fabricated stories were then secretly and sedulously fed to James Comey's FBI and the gullible media, both of whom went after Trump with a vengeance.

The result was the greatest mass delusion in American history and one of the dirtiest political tricks ever perpetrated.

In short, it was Clinton who invented, financed and disseminated the collusion hoax.

The intelligence community caught on to Clinton's machinations. The evidence of what she had done was so credible and persuasive that Brennan determined Obama must be informed immediately. That briefing is memorialized in Brennan's top-secret notes that have been buried for four long years in the bowels of the vast intelligence apparatus. Until now.

John Ratcliffe, the new director of National Intelligence, deserves credit for having the courage to dig up and make public the shocking proof. But it should have happened long ago.

On May 23, 2019, President Trump granted Attorney General William Barr "full and complete authority" to declassify and unveil the carefully guarded government secrets in the Russia investigation. Trump directed that it be done quickly to "ensure that all Americans learn the truth about the actions that were taken and to restore confidence in our public institutions."

So, why did it take more than 16 months? The answer is an indictment of the nefarious elements working destructively within our nation's clandestine intelligence operations. Their desire is power; their methods are often corrupt. The term "cover-up" is their mantra. Without conscience, they weaponize their authority for political gain.

It is truly reprehensible that the CIA, FBI and Obama concealed this vital information over the last four tumultuous years. The truth would have dramatically altered Trump's presidency, spared Americans from a rancorous national nightmare, and saved taxpayers $30 million in a phony investigation.

It was Clinton who should have been investigated for promulgating a lie, not Trump.

The evidence also shows that Trump was the victim of a contemptible hoax. He became the innocent target of a baseless and exhaustive witch hunt.

And yet, Obama remained silent. Did he do so to protect Clinton, his chosen successor, and to destroy Trump? The question answers itself.

The former president sat idly by and watched as the country devolved into convulsive turmoil. He uttered not a word about the incriminating evidence he had seen. He could have blown the whistle on Clinton, Comey, Brennan and others. Obama's failure to do so is an ugly stain on his legacy.

Brennan shares equal blame. As a paid commentator for MSNBC, he repeatedly stoked the odious narrative that Trump was a Russian asset, knowing full well that it was untrue. He even accused Trump of treason. Brennan's conduct and conspicuous silence are, by any reasonable standard, despicable.

In reaction to the recently declassified disclosures, Brennan now claims that Clinton didn't do anything wrong or illegal. Really?

Then why did he send a referral to Comey in September of 2016 calling for the FBI to investigate Clinton for conjuring up the false allegations against Trump and feeding it to the FBI and Department of Justice? Giving federal law enforcement agencies knowingly false information might well constitute crimes and Brennan obviously knew that. His revisionist deflection is transparently vacuous.

It should surprise no one that Comey's dirty fingerprints are all over the collusion lie. When confronted last week during a Senate Judiciary Committee hearing with the evidence of Brennan's referral against Clinton, Comey feigned no memory of receiving it or acting on it. "It doesn't ring a bell," he muttered. In Comey's mind, the whole episode had vanished. Poof!

Comey's sudden onset of acute amnesia was laughably preposterous. When the CIA tells you that a presidential candidate has concocted and propagated false evidence against her opponent and demands an investigation, it's not something any FBI director would forget. Ever.

If nothing else, the newly disclosed evidence confirms just how immoral, conniving, deceitful and unscrupulous Hillary Clinton is. Her malevolence knows no bounds. But the evidence also shows that Trump was the victim of a contemptible hoax. He became the innocent target of a baseless and exhaustive witch hunt.

In the wake of these revelations, President Trump has renewed his demand/order that all relevant documents pertaining to the Russia investigation be declassified and released, including all redactions.

How much other damning evidence of government corruption is still hidden? If the most recent disclosure is any indication, there are mountains of it.

Americans deserve the full and unadulterated truth. Anything less would only compound the collusion lie with even more cover-ups.