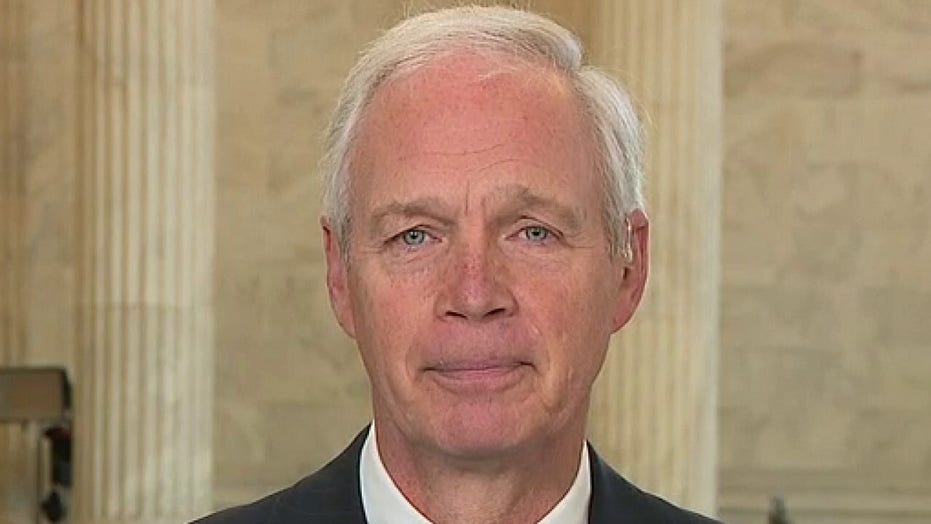 Joe Biden 'has been caught in repeated lies over Biden Inc.': Sen. Johnson

“Pay no attention to the man behind the curtain!” the Wizard of Oz icon bellowed to Dorothy and her newfound friends. It was the classic misdirection used by magicians and charlatans: Distract the crowd with a shiny object and you can fool them into ignoring reality.

Ever since the Democratic National Committee server was hacked during the 2016 election campaign, “Russian disinformation and interference” has been the shiny object that Democrats and the mainstream media have used to bamboozle the American people.

Because Russia is believed to have exposed the contents of the DNC server, Americans were supposed to focus on the existential threat that “Russian election interference” posed to America — and ignore the anti-Catholic emails and other vile content written by top Democratic operatives and exposed in the incident.

The misdirection worked. Far more Americans are aware simply that the server was hacked than are aware of the contents of those authentic emails.

In fact, it worked so well, U.S. intelligence agencies received reporting that Russians believed Hillary Clinton approved a plan to “stir up a scandal” tying then-candidate Donald Trump to Russia’s hacking of the DNC server. Unfortunately for Clinton, those efforts fell short, and Americans elected Donald Trump as our 45th president.

Undeterred, Democrats and accomplices both in the mainstream media and in the permanent bureaucracy called the “deep state” decided to carry the Russian interference canard to a new level. Driven by a loathing of Trump and by deep-state actors’ imperative to cover their tracks, an effort to delegitimize Trump’s election began as soon as he won.

Aware of the main tool developed for the Clinton campaign’s spun-up scandal, the so-called “Steele dossier,” deep-state actors took that ball and ran.

Even though the FBI was aware that it had investigated the dossier’s primary subsource as a possible Russian agent in 2009, the agency used the pack of unverified rumors assembled by a former British intelligence agent to justify its investigations and obtain foreign intelligence surveillance warrants.

Former Director of National Intelligence James Clapper and former FBI Director James Comey then engineered a briefing for President-elect Trump concerning the dossier — a briefing they knew would legitimize its publication by an online news site, BuzzFeed. The sabotage of his administration was in full swing before President Trump was even inaugurated.

Throughout this nightmare, the Russian interference boogeyman has reigned supreme. All must declare belief in its profound dangers or risk being the next victim of “cancel culture.” It’s an effective political weapon, so it continues to be used.

Sen. Chuck Grassley, R-Iowa, and I were targets of that weapon. The Democratic ranking members of Grassley’s Finance Committee and my Homeland Security and Governmental Affairs Committee became increasingly aware of and alarmed at what our investigations were uncovering about the foreign financial entanglements of former Vice President Joe Biden’s family.

So to preemptively discredit our reporting, the Democrats began accusing us of soliciting and peddling Russian disinformation. We vehemently and repeatedly denied their false allegations.

That didn’t stop either them or those in the anti-Trump media who enthusiastically pushed their dishonest narrative.

The latest use of the Russian interference canard involves more than 50 former senior intelligence community officials — a classic example of those constituting the “deep state.” Without evidence, they declared that recently revealed emails detailing Biden family corruption have “all the classic earmarks of a Russian information operation.”

In other words: Pay no attention to the man behind the curtain. Ignore troubling emails that warrant serious inquiry and investigation. Just crown Joe Biden our next president and this all will go away during his administration.

I neither deny nor condone any foreign influence on our elections or policies. In fact, I was well ahead of the curve on Russian efforts to destabilize political systems when I held hearings in 2015 about Russia’s malign activities in Eastern Europe.

But because we are aware of their efforts, the impact of Russian and other foreign interference on our political system pales by many orders of magnitude next to the way Democrats, deep-state actors and the anti-Trump media have weaponized it.

The greatest threats to our democracy are homegrown: the rioters and anarchists; those in the press who have shed any pretense of being unbiased and have publicly chosen sides; deep-state actors who try to undermine the administration of an elected president; and an opposition party that will change every rule and violate every precedent and norm to ensure it never again loses power if it gains total control in November.