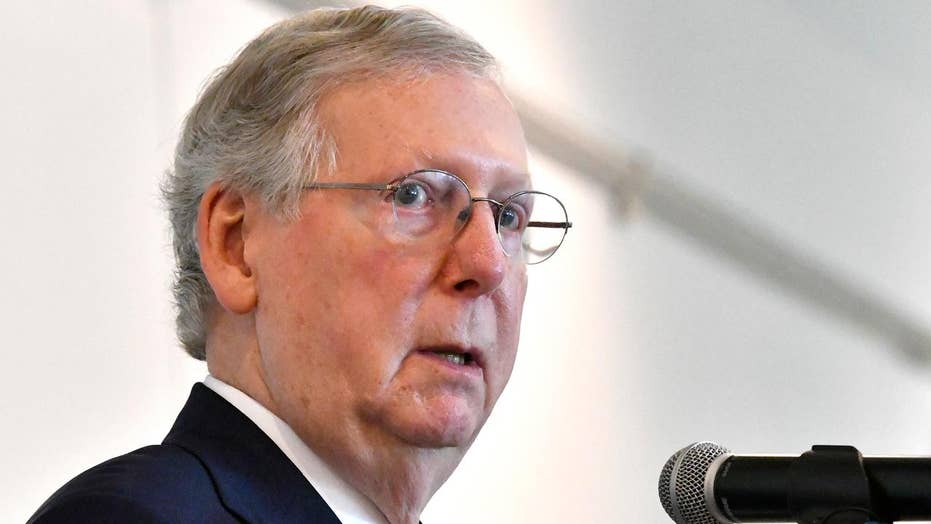 In October 2016, Donald Trump told the enthusiastic supporters at one of his campaign rallies, “You're going to have such great health care at a tiny fraction of the cost and it's going to be so easy.”  Turns out, it’s not so easy.

On Wednesday, President Trump was asked what happens if Senate Republicans fail to pass their ObamaCare overhaul bill.  "Well, I don't even want to talk about it, because I think it would be very bad. I will be very angry about it and a lot of people will be very upset,” Trump told the Christian Broadcasting Network.  Prepare yourselves for an angry president.

Without some sort of breakthrough, the current effort by Senate Republicans to overhaul ObamaCare appears to be dead in the water.  The Senate health care bill is still dividing Republican members and the latest efforts to revise the bill don’t seem to be resolving the intraparty conflict. Senate Majority Leader Mitch McConnell, R-Kentucky, has delayed the Senate's planned August recess by two weeks in order to give the Senate more time to find a way to advance a bill.

The bill is going nowhere if more than two Republicans break ranks. And right now, the chances of that happening are looking pretty high.

Senate Republicans have so far been unable to unite around their ever-evolving draft bill, which has been trimmed and tailored behind closed Capitol doors.  The Senate’s Republican leadership is scheduled to release an updated draft on Thursday.  They’ll actually review two versions of the bill on Thursday and the hope is that they’ll reach a consensus and back one of the two.  Both versions of the bill have been submitted to the Congressional Budget Office for analysis and they are expected to issue a report early next week.

Majority Leader McConnell has been struggling mightily to find a path to 50 votes.  At least 10 Republicans have said they oppose the Senate’s first draft of the bill – and a few more expressed real reservations.

McConnell is engaged in complex legislative calculus, trying to appease both moderate Republicans and conservatives.  “He's got to pull it off. Mitch has to pull it off,” Trump said Wednesday when asked if he thought McConnell could achieve a legislative victory.

Few people, other than President Trump, seem to have much confidence that the latest changes to the Senate’s draft will help McConnell much as he works to wrangle wayward Republican senators.  In any event, McConnell seems resolved to bring the measure to the floor next week and let the votes fall where they may.

The bill is going nowhere if more than two Republicans break ranks.  And right now, the chances of that happening are looking pretty high.

Republican opposition began to solidify even before Thursday’s new versions of the bill were unveiled. “At this point, I cannot support the bill,” Sen. Rand Paul, R-Kentucky, told reporters on Wednesday after getting a preview on the new bill. Explaining his opposition, Paul said, “The new bill is actually less of a repeal than the old bill” and “they’ve taken the bill and made it worse.”

If they fail to pass a bill, McConnell has threatened his caucus with the apparently terrifying prospect of working with Senate Minority Leader Chuck Schumer, D-N.Y., to pass a bipartisan bill.

Sen. Susan Collins, the moderate Republican from Maine, told CNN this week, "I do need a complete overhaul to get to a yes."  Few would call the telegraphed tweaks to the Senate bill “a complete overhaul.”  Collins appears to be looking much further down the road – already thinking about an eventual compromise with Democrats.  "I don't want to see us make the same mistake and pass an overhaul of the law without a single Democratic vote,” Collins said Monday.

Even members that aren’t necessarily opposed to the bill seem to see some writing on the wall.  On CBS' "Face the Nation" this last Sunday, Sen. John McCain, R-Ariz., said of a revised bill, “I think my view is it's probably going to be dead,” and “I fear that it's going to fail.”  Sen. Chuck Grassley, R-Iowa, said he was “very pessimistic" about the bill’s prospects Tuesday on Fox News.

President Trump and conservatives want to repeal ObamaCare and then, with the prospect of imminent chaos in the individual insurance market as a motivator, come to an agreement on a replacement plan.

However, at least a few GOP members don’t see that happening.  Sen. Roy Blunt, R-Missouri, said this week, “I just don’t think you can possibly get 50 Republicans to vote just to repeal.”

McConnell has suggested the next step instead might be to pass a bipartisan bill to stabilize the insurance marketplaces.  “No action is not an alternative,” McConnell said last week.

If they fail to pass a bill, Republicans know that they’ll need to come up with some way to stabilize the insurance marketplaces.  McConnell has threatened his caucus with the apparently terrifying prospect of working with Senate Minority Leader Chuck Schumer, D-N.Y., to pass a bipartisan bill.

Some moderate Republicans seem open to working with Democrats on a marketplace fix.  CQ has reported that Republican and Democratic senators have had informal talks about a bipartisan stabilization package.

Finding a bipartisan compromise would not be an easy task.  Senate Majority Whip Sen. John Cornyn, R-Texas, has said any compromise bill “would have to be more than bailing out insurance companies.”

There are already rumblings on the right about more radical maneuvers some members might push for if the Senate’s overhaul efforts fall apart. The House Freedom Caucus could hold the debt limit increase hostage in an effort to force a full repeal of ObamaCare.

Only one things seems certain at this point, the years-long Republican effort to repeal and replace Obamacare is still a long way from over.