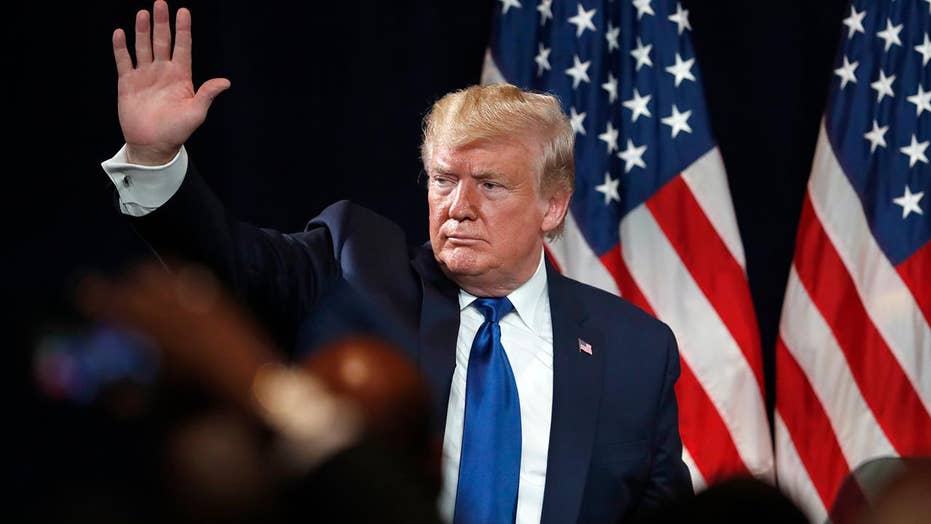 President Trump launched an initiative called Black Voices for Trump with a speech in Atlanta Friday to recruit and engage the black community. I am proud to be one of the founding members of the group.

“The Democrats have let you down,” the president said to the hundreds of people in attendance. “They’ve dismissed you. They’ve hurt you. They’ve sabotaged you for far too long.”

Our coalition of black conservative leaders discussed the unique challenges faced by the black community with the president. Urban areas with large black populations have suffered from historically high levels of unemployment, poverty, and dependency.

Crime is higher and the quality of education is lower. Black students – young men in particular – have lower high school graduation rates than the general population.

Progressive policies have failed the black community. Yet, according to the Pew Research Center, few black voters identify in some way with the Republican Party.

t’s painful to watch Democrats use and abuse the black community every four years. They make promises to help black Americans overcome generational poverty and strengthen our communities, then disappear the day after Election Day.

When President Trump made several promises to the black community in 2016, the strangest thing happened – he kept them.

Since 2016, the economy has added more than 6.7 million jobs. As the White House pointed out, that is more than the populations of Wyoming, Vermont, Alaska, North Dakota, South Dakota, Delaware, Rhode Island, and Montana combined.

Black unemployment has fallen to 5.4 percent, which is about one-third lower than when President Trump took office.

In the historic 2017 tax cuts, President Trump fought to include Qualified Opportunity Zones to incentivize companies to bring jobs and economic development to distressed communities.

The program has been a life preserver for people like Roy James, the plant manager of the Vicksburg Forest Products lumber facility. Roy was notified the facility would close its doors after working at the sawmill for almost three decades.

Workers believed all hope was lost – until Vicksburg was designated an Opportunity Zone. Thanks to this Trump administration initiative, the plant reopened, and jobs were saved.

Perhaps the most impactful reform of President Trump’s first term was the First Step Act, the most significant criminal justice reform America has achieved in a generation.

The legislation reformed overly harsh federal sentencing laws enacted during the Clinton years that disproportionately harmed back families and communities. It also provided nonviolent offenders with a second chance to rejoin society as productive citizens.

Since President Trump signed the First Step Act, thousands of inmates have returned to their families, including nearly 1,700 people convicted of crack cocaine offenses. The first inmate released was Matthew Charles, who was sentenced to 35 years in prison for selling crack cocaine in the 1990s.

Matthew dedicated his time in prison to serving others. He studied the Bible, taught GED classes, and mentored fellow inmates. Every day, Matthew took steps toward redemption. And thanks to President Trump, he now walks free.

The Democratic Party has invested decades into organizing the support of black voters. But what have we gotten in return? They have taken us for granted, and we deserve better representation in Washington.

President Trump offers something new to black families, business owners, and communities. He is a leader who keeps his promises. He accomplished more for the black community in four years than the Democratic Party could deliver in the last 40 years.

The Black Voices for Trump coalition is committed to spreading this message far and wide in the black community. Our best days are ahead – but only if we can recognize who is really fighting for us in Washington, and who isn’t.

Rev. C.L. Bryant is a Senior Fellow with FreedomWorks.