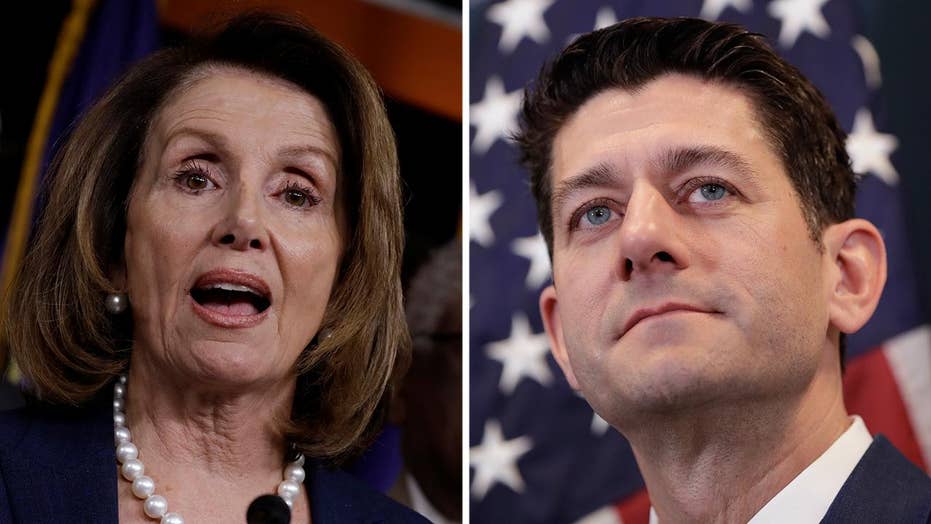 PA-18 election a warning for both Republicans and Democrats?

Associated Press reporter Tom Lobianco on the lessons that can be drawn from the Pennsylvania special election between Rick Saccone and Conor Lamb.

The special election in Pennsylvania’s 18th district is down to the wire and still too close to call, even though Democrat Conor Lamb has already declared victory. One thing is clear, however -- running as a Republican still works.

No matter how this race turns out, Democrats will do their victory dance and wrongly try to make this about President Trump, but in reality it was about Democrats acting like Republicans.

Democrats caught on fairly quickly that running as a liberal aligned with the extreme, polarizing views of House Minority Leader Nancy Pelosi, D-CA, and Senate Minority Leader Chuck Schumer, D-NY, won’t win elections for them. As a result, they run races as if they’re Republicans and vote like the extreme wing of their party once they’re elected and the roll gets called.

Republicans have a messaging problem that they still have not admitted yet, and if they don’t get a handle on it they will lose miserably in the midterms. Newsflash:  It has nothing to do with President Trump and everything to do with allowing these Democrats to get away with redefining themselves as the moderates they aren’t. “Moderate” Democrats, by the way, don’t exist in Washington.

You need not look any further than Senator Joe Manchin, D-WV, the most touted “moderate” in the Senate.

Senator Manchin couldn’t even stand and applaud President Trump at the State of the Union. Senator Schumer shot him a glare and he sat back down in his seat. That’s how tightly the ship is run by these Washington liberals. One thing they are definitely good at is keeping their people in line.

How many Democratic “moderates” voted to give people more of their money back and help grow the economy under President Trump? Zero - because there is no such thing as a moderate Democrat.

Republicans who are running against these fake moderates need to expose them again and again as extreme liberals trying to hide from their party’s leadership until after the votes are counted. They have to remind voters on repeat that these are the liberals who will go to Washington and stand in the way of President Trump’s agenda and all the progress he’s made to make their lives better.

Republican Rick Saccone was trailing Lamb by four to six points -- depending on what poll you believe -- prior to President Trump’s last minute campaign stop in the state on Saturday.

Afterward, Lamb’s lead evaporated, leaving a razor thin margin that could keep us guessing for the next few days. Had President Trump not campaigned for Saccone, this race would have been called early last night for Lamb and all the political commentators and pundits would have been in bed by 9 pm.

While President Trump campaigned for Saccone, there’s only so much any president can do for a candidate. At some point they have to carry their own weight. That’s where Saccone fell terribly short.

The obligation was on him to run a pro-active and aggressive campaign and show that Lamb was on the side of the Obama/Clinton agenda that has no interest in revitalizing the economy of Western Pennsylvania.

If Saccone really wanted to guarantee a win in a district that should never have come down to the wire, he needed to prove that Lamb's con job was ineffective and that this is just a stepping stone for him in padding his political resume.

Saccone and his campaign had many opportunities handed to them, wrapped in a pretty bow, to expose Lamb as a threat to the Trump agenda they support. New coal mines have opened, the steel industry is re-energized by new protections, and working families are keeping more of their hard-earned money while more jobs are opening up.

Baffling as it was, many of those opportunities were left unaddressed.

Hillary Clinton infamously proclaimed during her campaign for the White House that she would put the coal industry out of business and all those associated with it out of a job. In spite this monstrous gaffe, the AFL-CIO leadership still endorsed Hillary, but Western Pennsylvania – including rank and file union members whose jobs were directly threatened – went overwhelmingly for Trump and were the pivotal votes that gave him the presidency. Why Saccone didn’t consistently wrap Hillary’s threat around Lamb is inexplicable. Pelosi and Schumer represent the same agenda as Clinton.

Bottom line: Republicans have a messaging problem with huge implications if they don’t get it under control. They need to run candidates who know how to define their opponents for the extreme liberals they are, who will stand in the way of the Trump agenda and take us backward, not forward.

If Republicans can’t define their opponents, they will keep losing elections.