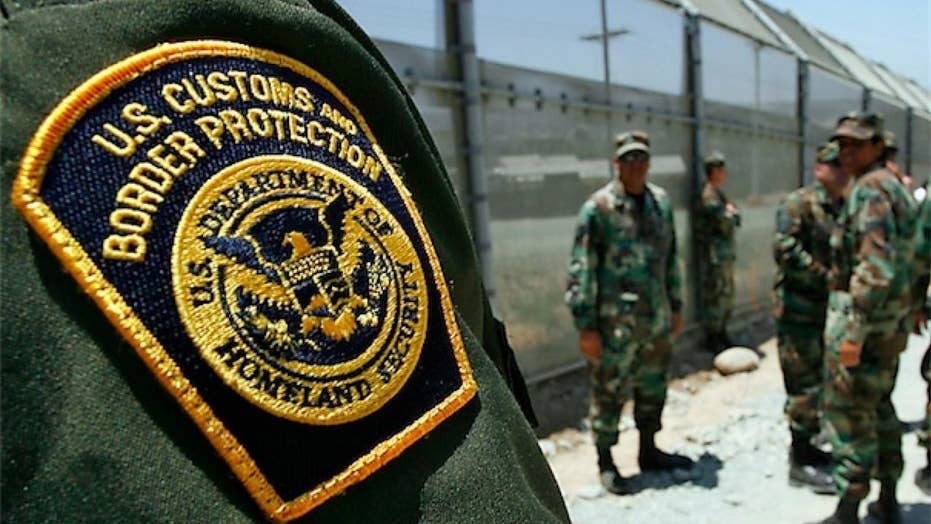 One of the most important aspects of immigration reform is bolstering enforcement of existing immigration law. While most unlawful immigrants come to the U.S. seeking a better life for themselves and their families, there are too many others who commit crimes against Americans, including murder. These crimes are especially devastating for the victims’ loved ones because they could have been prevented if our laws were actually enforced.

We have recently introduced legislation, the Davis-Oliver Act, to give law enforcement at all levels the tools and resources they need to keep America safe and secure. This is a vital first step – but not the only step – in modernizing our broken immigration system.

Under President Obama, interior enforcement deteriorated dramatically as his administration refused to enforce immigration laws, rewrote the law through executive action, and implemented policies that enabled millions of unlawful and criminal aliens to remain in the United States free from any possibility of removal.

These policies had—and continue to have—dramatic consequences. The rule of law was undermined as hundreds of thousands of Central American unaccompanied minors and families arrived at the Southwest border during the Obama years and were released into the U.S. And too many Americans were killed or seriously harmed at the hands of unlawful immigrants who joined gangs and/or committed crimes.

The Trump administration has begun to reverse the Obama Administration’s disastrous policies and is enforcing the law as written. President Trump has issued executive orders to strengthen the interior enforcement and implement strong border security measures. Department of Homeland Security Secretary John Kelly and Attorney General Jeff Sessions are already implementing these executive orders and there have been quick results. Illegal border crossings at the Southwest border have dropped dramatically in 2017, due in large part to consistent enforcement of the law and the strong message that the U.S. no longer tolerates illegal immigration.

Despite the progress made within the Executive Branch, our laws still need to be improved to provide the Trump administration with the additional tools it needs and to ensure that all future administrations continue to enforce the law.

This week, the House Judiciary Committee will take up a bill to improve the interior enforcement of our immigration laws to prevent criminal aliens from roaming free in our communities.

The Davis-Oliver Act is named after Placer County Detective Michael Davis, Jr., and Sacramento County Deputy Sheriff Danny Oliver, who were murdered by an unlawful immigrant in California in October 2014.

The bill removes the ability of any president to unilaterally shut down immigration enforcement by granting states and localities the authority to enforce federal immigration laws consistent with federal practices. Local law enforcement officers are trusted to enforce many federal laws, including homicide, rape, and drug laws – but not immigration laws. The Davis-Oliver Act would change that.

The Davis-Oliver Act also ensures that unlawful immigrants convicted of drunk driving are deported. Drunk driving is currently not a deportable offense and many offenders have been released into communities, even when their recklessness results in the death of Americans. For example, in January 2016, 21-year-old Sarah Root was killed in Omaha, Neb., after an unlawful immigrant driving drunk struck her car. She had just graduated from college. To make matters worse, the person responsible was released from custody and is still on the loose.

This common sense bill also protects public safety by enhancing penalties for deported felons who return to the United States. And it also strengthens current law to penalize sanctuary cities that refuse to cooperate with federal immigration authorities. These changes are desperately needed.

In 2015, Kate Steinle was murdered in San Francisco, a known sanctuary city, by an unlawful immigrant, Juan Francisco Lopez-Sanchez, who had previously been deported five times and was convicted of multiple felonies.

Another criminal immigrant, also deported at least five times, Nicodemo Coria-Gonzales, is suspected of being responsible for nearly a dozen sexual assaults in Austin, Texas. He allegedly kidnapped a woman and attempted to light her on fire using gasoline, and kidnapped and raped a 68-year old woman. We cannot allow dangerous unlawful immigrants to repeatedly enter the U.S. without consequence.

The Davis-Oliver Act is not the end of the House Judiciary Committee’s efforts to improve our nation’s immigration system, but it is a critical first step.

The most important duty of the federal government is to keep Americans safe, and for far too long our immigration laws and lack of enforcement have been failing the American people and harming too many lives.

The Republican Congress is working with the Trump administration hand in hand to ensure our laws are enforced and improved, and to enhance public safety. We have much work to do and are committed to ensuring our immigration system is enforced in order to better protect the American people.

Republican Bob Goodlatte represents Virginia's 6th congressional district in the House of Representatives. He is chairman of the House Judiciary Committee, which has primary jurisdiction over intelligence-gathering programs operated under the Foreign Intelligence Surveillance Act.