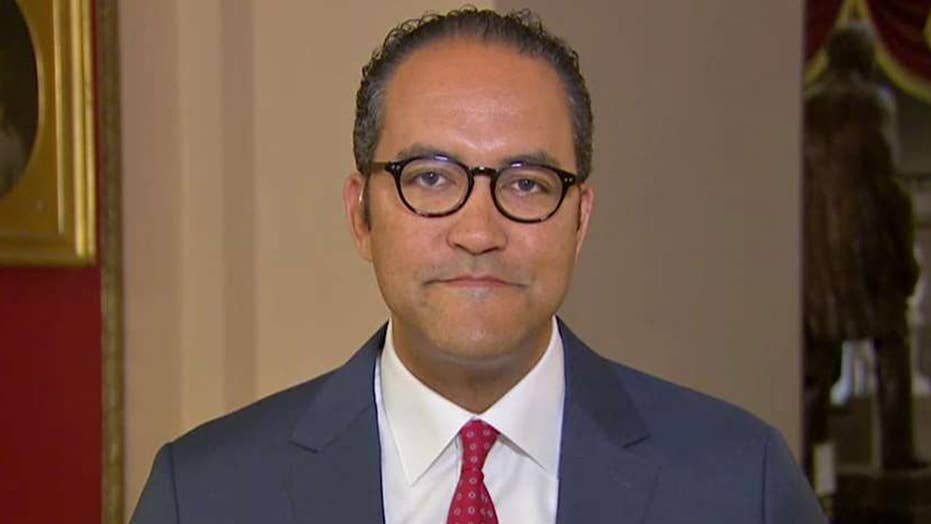 Former CIA officer and Republican Rep. William Hurd speaks out after being disinvited from the Black Hat cybersecurity conference.

This weekend, I experienced a first as a member of Congress – I was uninvited to give the keynote address at the world’s premier cybersecurity conference. I was not uninvited because of my positions on cybersecurity. I was uninvited because the organizers of the conference were criticized by a few individuals who opposed the selection of a speaker with a conservative voting record. I was honored to be invited and wish the Black Hat Conference nothing but success, but I am concerned that this is yet another data point in a growing trend where individuals are unwilling to engage with people who think differently from them.

As a member of Congress who represents one of the few true swing districts in the country, I have always tried to engage groups of people who don’t necessarily agree with all my votes or opinions. This kind of engagement has taught me that disagreement is the cornerstone of the competition of ideas. We are a better country for it, and I hope that going forward we can avoid politicizing issues like cybersecurity that are essential to the security of our nation.

In his recent book "Love Your Enemies," Arthur Brooks says that political differences are ripping our country apart because of a culture of contempt where the outrage industrial complex (e.g., divisive politicians, screaming heads on television, polarizing columnists, social media, etc.) caters only to one side of the ideological spectrum. This culture stokes our own biases while affirming our worst assumptions about those who disagree with us, therefore making political compromise and progress impossible.

If I have learned anything from my time in Congress, it is that the only way we are going to solve the big problems our country faces is by working together. This means putting aside our swords of disagreement and instead finding areas where we have common ground. If my colleagues and I refused to work with each other just because our views differed on one or a handful of issues, there would be little hope of addressing the challenges facing the country. We must have real debates where disagreements exist, listen to each other, not shy away from ideas different from our own and treat people with respect.

We cannot be so scared that our ideas or opinions will not survive being tested. If you are afraid of being wrong, then you might not have a good argument. Instead, we should aspire for a free and open marketplace of ideas, a concept articulated early on by British philosopher John Stuart Mill where the truth or the acceptance of an idea can only be tested against the competition of other ideas rather than some other authority like the government. To paraphrase one commentator on Mill, “the free competition of ideas is the best way to separate falsehoods from fact” in a world where no one alone knows the truth, no person alone represents truth or falsehood and leaving the truth untested risks letting it become dogma.

To get back to this vision, we need to remember a lesson that most of us learned in kindergarten – treat people with respect. There is a story in the Gospel of Matthew where Jesus is in Jerusalem at the Second Temple and some legal scholars, the Pharisees, were trying to test Jesus. When they asked him what the greatest commandment was, Jesus said, “Thou shalt love the Lord thy God with all thy heart, and with all thy soul, and with all thy mind.” But most people forget that he added equally as important is to “love thy neighbor as thyself.” My friend, Sen. Tim Scott, recently wrote that “This is a uniquely fractured time in our nation’s history, not our worst but far from our best, and it is only together that we will rebuild the trust we seem to have lost in each other.” The only way we bridge the political divide and rebuild trust in one another is to treat each other with respect.

Imagine a day when you turn on the news and instead of seeing people screaming at each other, you see an informed debate that uses good arguments and well-reasoned analysis. What if you saw one person agreeing with their opposing side that he or she had made a good point. Imagine after watching the program, you feel like you better understand all sides of the issue. While this may sound like a fantasy, if we stopped being so sensitive and scared that our ideas and opinions could not handle being tested and started treating our neighbors like ourselves, then this could be reality.

I hope this day comes sooner rather than later because I was really looking forward to getting feedback from some of our nation’s most brilliant minds in cybersecurity on my ideas for adapting a hacker mindset to solve our most pressing national and international information security threats. But that’s going to have to wait.

A former undercover CIA officer, entrepreneur and cybersecurity expert, Will Hurd is the U.S. Representative for the 23rd Congressional District of Texas. In Congress he serves as a member of the Appropriations Committee, and as Ranking Member of the Subcommittee on Intelligence Modernization and Readiness of the House Permanent Select Committee on Intelligence. Follow him on Twitter, @HurdOnTheHill.