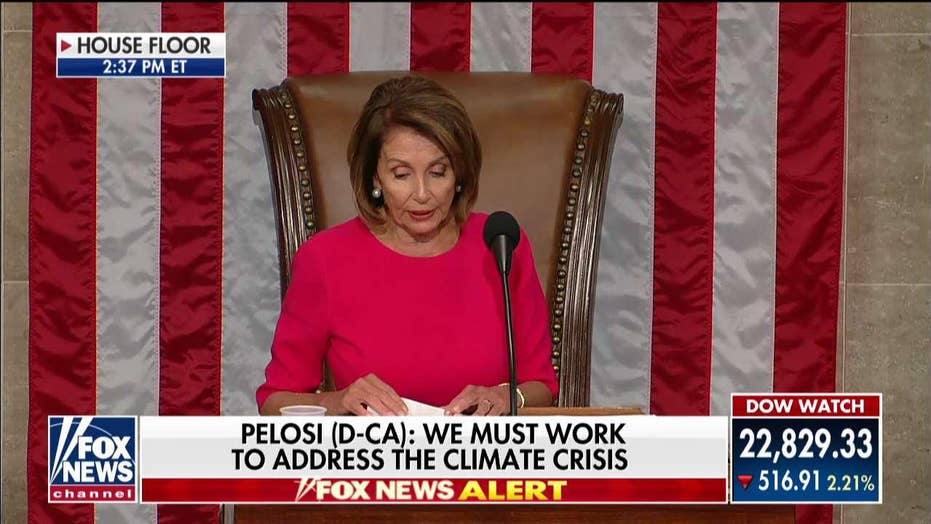 The sun has risen on the 116th Congress, and the Democratic Party has taken over control of the U.S. House of Representatives. But far from “restoring Congress for the people” as they claim they will, their first actions are highlighting a party just as out-of-touch with the American people as the one that voters kicked out of the White House two years ago.

Their rules package to govern the House over the next two years empowers the D.C. establishment and cements high-spending Democrat rule. Furthermore, it paves the way for higher taxes and does nothing to enact the will of the American people. And finally, their spending bills do nothing to secure our southern border.

To begin with, the Democratic rules package will allow the House of Representatives to pass legislation raising taxes with a simple majority of votes, instead of the 60 percent threshold that Republicans had in place.

CLICK HERE TO READ MORE FROM OPINION ON POLITICS.

This is nothing new: Democrats have historically been the party of higher taxes, and they’re embracing that mantle once again during their first week in power. But more troubling than that, they have removed the requirement that such votes are recorded – so in theory, Democratic Members of Congress could vote to raise your taxes and you wouldn’t know which ones voted to do so.

The package also changes the “motion to vacate” rule so that a majority of a party’s membership must agree before allowing a vote to remove the Speaker of the House. This doesn’t empower everyday Americans or the representatives they chose to be their voice in Washington. This just ensures that Nancy Pelosi and the establishment Democrats running the party machine will remain in absolute control of the House of Representatives through 2020.

With these changes, the Democrats are offering fixes in search of a problem, while they sidestep a real problem in need of fixing.

President Trump is standing up for the American people by demanding funding for border security, but the Democrats propose to simply kick the can down the road by pushing a funding fight for the Department of Homeland Security into February while fully funding everything else.

Every Democrat who ran on a platform of changing Washington significantly undermines their ability to do so by supporting this rules package and these spending plans. They do nothing to secure the border, and everything to cement a high-spending Democrat status quo.

But this approach fails to address the very real problem of a porous border allowing illegal immigrants to cross with impunity. Nor does it even address the supposed Democrat priority of non-citizen DACA recipients. While the Republican border security proposal last year would have stopped illegal immigration and also provided a temporary legal status to DACA recipients and the children of legal immigrants who have not yet received citizenship, the Democrats have offered no serious plan to address the crisis at our southern border. They seem more interested in campaigning on the issue than fixing it.

Every Democrat who ran on a platform of changing Washington significantly undermines their ability to do so by supporting this rules package and these spending plans. They do nothing to secure the border, and everything to cement a high-spending Democrat status quo.

Less than a week into the 116th Congress, Democrats have already shown their priority for the next two years: Protect the swamp.

Congressman Morgan Griffith represents Virginia’s 9th District and is a member of the House Freedom Caucus.