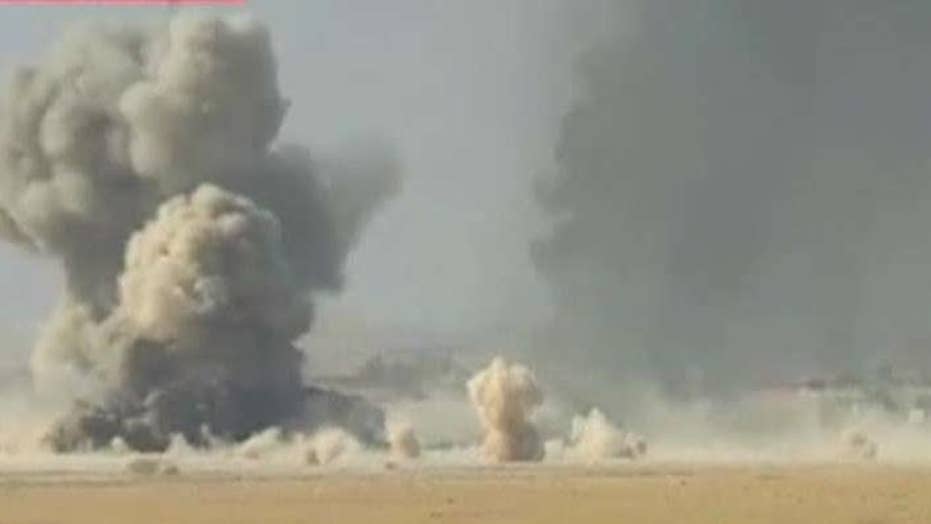 Over the last several days, the fight led by the Iraqi Army to liberate Mosul and drive the Islamic State from the city is cause for some optimism.  The spine of the Iraqi military is finally stiffening and with the help of U.S. and coalition forces, the liberation of Mosul now appears to an achievable objective.

No matter the outcome, the reality is that the fight for Mosul is just the start of what will be a long and arduous campaign to defeat the Islamic State through military means.  The radical ideology motivating the Islamic State will persist, as it will throughout other parts of the Middle East, and the Islamic State fighters not killed in the coming and days and weeks will regroup and their presence in Iraq will continue.  Though hopefully, not in Mosul.

President Obama acknowledged this week the significance of victory in Mosul, stating “this will be a key milestone in what I committed to doing when [ISIL] first emerged.”  He’s right on what victory in Mosul will mean to the people and government of Iraq, as well as to the coalition of forces in support, but his self-proclaimed commitment is still nothing more than a head fake to distract from the fact that a plan to defeat the Islamic State is still non-existent.

It’s certainly not an indictment of the U.S. military under a more than ready and capable Chairman of the Joint Chiefs of Staff and leadership team.  If unleashed and it’s power harnessed, America’s military force could show the world without condition that the Islamic State—absent an Air Force or surface Navy, for instance—is truly a Junior Varsity squad, as the President stated.

Instead, the Islamic State has been emboldened by America’s inaction and even with Mosul is in the crosshairs at the moment, neither the President nor the Pentagon can articulate what will need to happen next.  And it’s not because it’s some closely guarded secret to protect operational planning.

By now, it’s obvious that there is no clear end state for Iraq at large. The president is satisfied with an American presence alone, even if mostly reduced to airpower over Iraqi skies.  Unfortunately, as our military leaders understand, presence alone will never win a war or defeat an enemy’s will to fight.

The president can take the lessons learned from Anbar Province when U.S. Marines altered the state of the entire Iraq war in 2005.  Similarly, it will take a better understanding of the Islamic State’s strengths and weaknesses, including its tactical vulnerabilities.  To be effective is less about immediately attacking the Islamic State at its center of gravity, such as its financing or public relations arm, but rather what’s allowing its fighters to communicate and move freely on the battlefield.

Disrupt this command and control capability and the center of gravity will become more imbalanced and vulnerable.  Still, the Islamic State will need to be knocked off its operational planning cycle—far beyond any temporary success that Mosul might yield.

This too must coincide with a broader commitment to confront the enemy at the strategic level.  So far, there’s been no concerted planning to defeat the Islamic State at the strategic and operational levels—and it shows.

The effort to liberate Mosul mustn’t be misunderstood as a potential death blow to the Islamic State in Iraq.  It’s not.  What it symbolizes, beyond a much needed military victory, is an opportunity for President Obama and his administration to finally realize the importance and necessity of developing a long-term plan of attack that will actually allow for the isolation and defeat of the Islamic State.

With the right strategy, the fight against the Islamic State is definitely winnable.