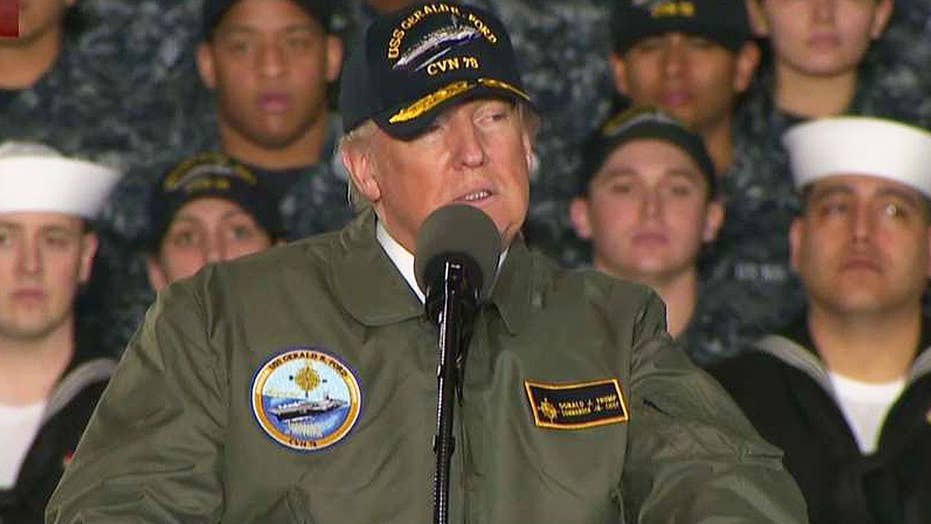 America’s military has been at war for the last fifteen years and the threat from global terrorism and transnational criminal organizations is nowhere near subsiding.  It’s a fight that will continue even as the Islamic State, Al Qaeda and other criminal enterprises face operational and leadership setbacks.

The threats posed by these groups will continuously evolve as long as a there is the existence of a radicalized Islamic ideology and criminal interests.  This is sure to persist regardless of America’s commitment to eradicating evil—no matter the endurance for the fight or the ability to absorb the cost it bears.

President Trump’s pledge to rebuild the Armed Forces is necessary to sustain any hope for lasting success.

In this context, it is often the Army, the Navy and Marine Corps, and the Air Force that receive attention, which President Trump has bestowed. But there is another service of equal importance to U.S. national security that consistently fails to receive the same treatment and respect, not just from commanders in chief but the entire federal government, including Congress.

Often overlooked but no less critical to protecting America’s national security interests is the U.S. Coast Guard—an Armed Force at its core with a domestic mission unlike any of its counterparts. And as the traditional military services are expected to be major benefactors of the President’s call for stronger national defense, the Coast Guard continues to be neglected.

This reality was underscored yet again when details of the Office of Management and Budget’s (OMB) outline for Fiscal Year 2018 were recently revealed.

The Coast Guard, operating on an already shoestring budget of $9 billion, is being targeted by OMB for a cut of $1.3 billion in the next fiscal year. A dramatic cut of such magnitude is appalling and should alarm Americans given the Coast Guard’s complex and expansive mission in protection of America’s shores and waterways.

One of two scenarios is plausible.  Either OMB is responsible for this negligence or the President and his leadership team are content with reducing the Coast Guard to bare bones.  In all likelihood, the proposed cut is likely the exclusive doing of OMB due to its incongruity with the President’s stated goals to rebuild the military—something he has stated with resounding consistency.

It is also the Coast Guard—not the U.S. Navy—that is responsible for the U.S. surface mission in the Arctic in the face of Russian and Chinese military, economic and territorial interests.

One of the most urgent acquisition priorities facing the Armed Forces is the rapid acquisition of three heavy icebreakers and three medium vessels.

No less compelling is the Coast Guard’s need for additional vessels, among them the Offshore Patrol Cutter, the National Security Cutter and the Fast Response Cutter, to conduct its basic mission while giving support to the Navy as it pivots elsewhere.

And as preparations are made for a wall on the Southwest border, migrants, smugglers and potential terrorists will look to America’s shores and waterways for entry and it won’t be any of the traditional military services standing in their way.  It will be the men and women of the Coast Guard.

OMB’s proposed Coast Guard budget is an insult.  It undercuts the service to nearly the point of paralysis.  It cancels a National Security Cutter, despite the need for as many as five-to-six more.  And it impedes any recalibration of end strength and other asset acquisition, including the acceleration of a ground-based Unmanned Aerial System program, leaving the Coast Guard at the mercy of Customs and Border Protection to meet its needs.

It is nonsensical to cut the Coast Guard budget, especially to the degree recommended by OMB, and then pretend as if needless exposures and risks won’t be created.

If President Trump truly means what he says, then he’ll reject OMB’s blatant disrespect for the Coast Guard and its mission, and remind his cabinet that the service is a critical element in protecting American security.