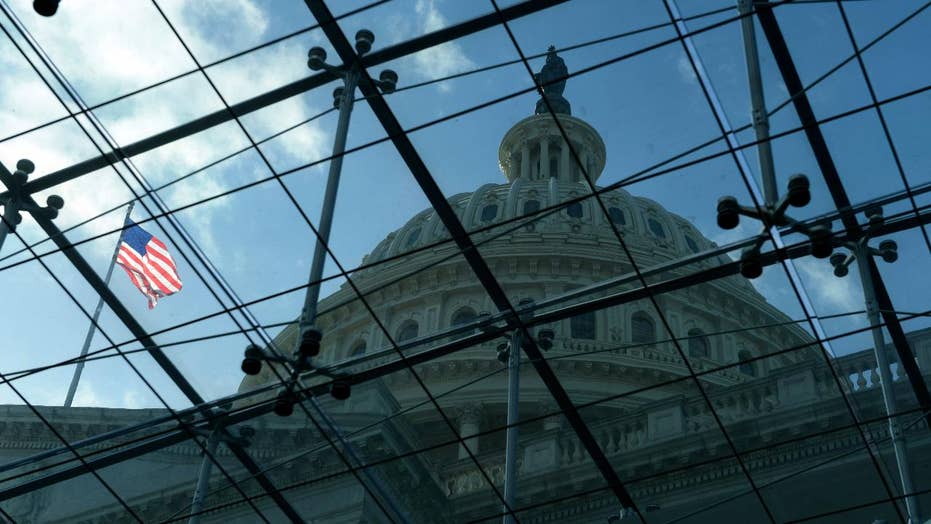 GOPers try to assemble an immigration plan before deadline

The president wants a bill that addresses DACA, the border, chain migration and the visa lottery; Peter Doocy explains for 'Special Report.'

Lauded by the liberal media, the so-called “Gang of Six” announced they had reached an immigration amnesty deal in mid-January. Then, with tremendous hubris, they orchestrated a nonsensical government shutdown, hoping the other 529 elected in Congress would simply set aside their ideas for border security and immigration reform and accept the gang’s closed-door amnesty plan.

I’m sorry Senator Schumer, but our country has enough of a gang problem as it is with MS-13 and others inflicting violence across our cities and suburbs.

My priorities are public safety, national security and the prosperity of the American people. The Gang of Six’s plan gets a failing grade for each of these.

The American people are fed up with bad deals. The 1986 amnesty law promised border security and an end to illegal immigration. Strike one! Clinton’s 1996 illegal immigration reform act promised enhanced border control and employment eligibility verification. Strike two! The 2006 Secure Fence Act, which Obama, Clinton and Schumer voted for, promised full implementation of 700 miles of new fencing along the southern border. Strike three!  Washington has already struck out with these amnesty and empty-promised plans.

Does the Gang of Six take the American people for fools? Certainly, if the American people let amnesty first get another time at bat, foolishness will win. This time, negotiations must be different. We need to put border security, public safety and economic prosperity up front. We cannot accept another round of amnesty first only to find ourselves down the road left with hollow promises that were never fully implemented.

So let’s look at what the American people were promised over the last 30 years and see what promises Washington has kept.

Washington promised the American people they got it right in 1996 with the Illegal Immigration Reform and Immigrant Responsibility Act. President Clinton assured us there would be a reduction in immigration and further restrictions on benefits for immigrants. Washington struck out on this one too.  Most of these provisions were watered down to essentially nonexistence in just a few short years.

Undoubtedly, in the aftermath of 9/11, Washington would get it right.  Nope. The Secure Fence Act enacted in 2006, mandated the construction of 700 miles of double-layer fencing, enhanced technology and several other security measures. Frustratingly, as we’ve seen time and time again, just because something is written into law, does not guarantee that the funding will be provided for it.

The gang struck out, and they can’t steal home like they tried to do with this shutdown. The American people deserve better. The people voted for stronger borders, public safety, deportation of criminal aliens, and immigration laws that aren’t simply on the book but are actually enforced – and let’s not forget, a wall.  We also need an E-Verify system and the end of reckless politically correct immigration policies like chain migration and the visa lottery program.

Three strikes! You’re out! It’s time for the security first proponents to have a chance at bat.