Migrants cross the river at the Mexico-U.S. border after pushing past a line of Mexican police at the Chaparral crossing in Tijuana, Mexico, on Sunday. (AP)

The attack on our southern border by a mob attempting to enter our country illegally, in part to force us to change our laws and policies, is nothing short of an invasion. Congressional inattention and inaction, together with activist judges and a lack of preparation by the Secretary of Homeland Security and the Border Patrol Commissioner, has created a perfect storm. The president is left with few options other than to close our border and negotiate with Mexico for help in stemming the tide.

I urge House leaders and the United States Congress to immediately pass a bill that would supply funds for a border wall—this week. Kicking the can down the road is no longer an option. Giving mere lip service to a Republican campaign promise, to build a wall and secure our border, has brought Congress under even more disapprobation than usual.

I suspect that we won’t see my bill, the Fund and Complete the Border Wall Act (H.R.6657), or even the majority leader’s bill, the Build the Wall, Enforce the Law Act (H.R.7059), not to mention any of the other stand-alone bills that fund a wall, brought to the floor for a straight up vote. We will likely see wall funding stuck in the middle of some other bill. It will get weighed down by a whole host of other immigration policy ideas that people will claim we must have.

I alert my colleagues to the crisis at the border. Let’s do a clean, simple wall funding bill. It’s a promise the House can keep. 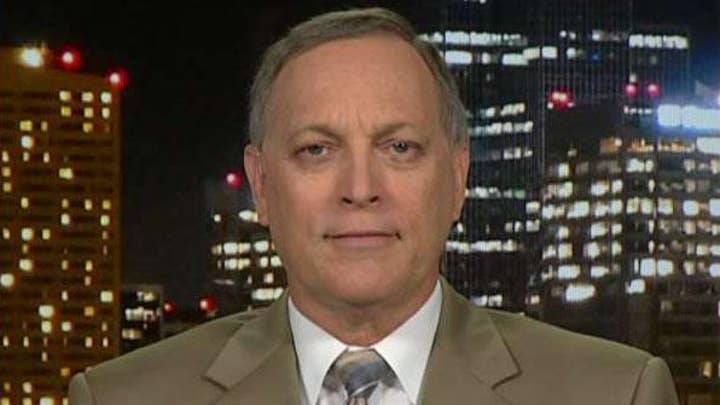 No more excuses from Congress. Don’t tell me to be a team player after a bill that will fund a wall has been larded up with additional asks from people you have to buy off for them to be “team players.” Don’t dress up the idea and stick it in a “must have” bill that we really don’t need. And, most of all, don’t tell me that we can’t do a clean and simple build-the-wall bill because the Senate won’t pass it. We are in the House. We only control the House. So, the House ought to pass the best bill we can.

If Republicans believe we can keep our promise to the American people to secure our border and build a wall after the Democrats take over in January, then we are inordinately optimistic. That means the time is now to pass simple and clean legislation that will fund and build a wall.

Failure to act will perpetuate the surge of illegal aliens we have seen this past year. People respond to incentives and those who desire to enter the United States illegally are no different. Our activist judges who prevent the president from protecting our border have provided opportunities for people to hurry across our border.

The first caravan arrived last April. The courts prevented the executive branch from acting to prevent illegal or false entries into the country. This, and efforts and funding from open-border activists, resulted in the formation of the current caravans. One mob is at the border and, having successfully forced entry into Mexico, attempted to force entry into the United States.

The nationwide injunction from an activist District Court Judge is another problem. It is like a city court magistrate issuing an order that prevents a state from acting.

Department of Homeland Security (DHS) wasn’t prepared for this wave of the invasion which is now at our border. Its leadership was more concerned with political and public relations fallout and now we are in a reactive posture. The architects of the catch-and-release program under President Obama were retained by the current DHS Secretary, and were actually promoted.

There is a lot of blame to go around but for now I’ll leave it to Congress, the courts, and DHS and U.S. Customs and Border Protection (CBP) leadership. That covers all three branches of government.

The U.S. House of Representatives does not control the other branches of government, including the U.S. Senate, but we can do something in our body. And, if Republicans believe we can keep our promise to the American people to secure our border and build a wall after the Democrats take over in January, then we are inordinately optimistic. That means the time is now to pass simple and clean legislation that will fund and build a wall.