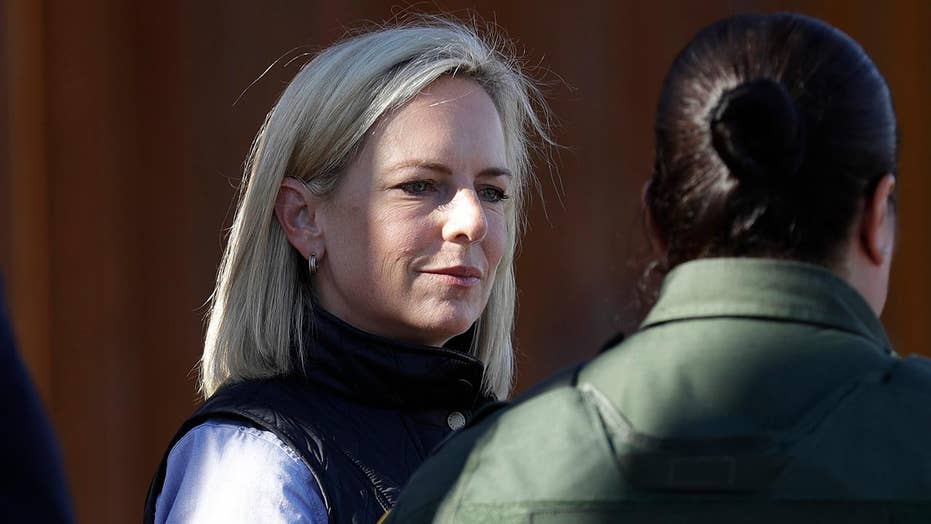 Democrats truly have Trump Derangement Syndrome. Kirstjen Nielsen is out as Secretary of the Department of Homeland Security and Ron Vitiello’s name was pulled from the nomination to direct Immigration and Customs Enforcement. Yet the president’s political opponents are howling about these changes as if they were supporters of Nielsen and Vitiello. In reality, change comes in political circles, and sometimes very often.

The president has sent a strong signal over the past two weeks that the emergency he declared on the border is real and that it must be addressed with a sense of urgency that we haven’t always seen under previous leadership.

President Trump has been down to the border. He has taken away foreign aid funding to the three Central American nations, Honduras, El Salvador, and Guatemala, that have done nothing to stop the formation of an exodus from their countries to the United States. The president has used his bully pulpit to threaten Mexico to stop this massive flow of illegal immigration from those nations across Mexico to the American border.

IF TRUMP CRITICS THINK DHS RESIGNATION WILL CHANGE HIS MIND ON THE BORDER, THINK AGAIN

The president has vowed to accelerate building of the border fence and warned illegal border crossers that they are unwelcome in a country that already accepts over 1 million legal immigrants every year (and has a waiting list of millions who want to come into our country the right way and become part of the fabric of this great nation).

The president has made a clear direction change in his policy and wants his subordinates -- the leaders of our homeland security apparatus to be simpatico. It is important that he has people who will carry out his policy objectives, especially when one considers that the border has become a truly important national security risk. And, the opposition party still argues that there is no border problem. 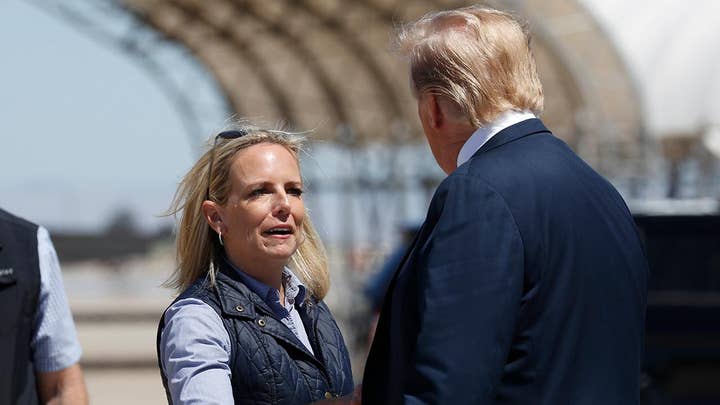 And that becomes a big problem because the Democrats who control the United States House of Representatives will do nothing to build a border wall, tackle the laws that facilitate amnesty fraud or support our ICE and CBP agents. Instead, Democrats want to eliminate ICE altogether and tear down border barriers we already have.

President Trump needs vigorous and supportive leaders of his homeland security agenda. But there are several things he can do with his lawful authority to enact change without the do-nothing Congress. He can give greater authority to the military on the border by declaring that drug and human trafficking cartels are terrorist organizations. That will allow our border protectors expanded the ability to tackle these inhumane transnational criminal syndicates.

Congress failed to pass my legislation in the last term (leaders wouldn’t even give it a hearing) that would tax remittance payments to countries that facilitate illegal immigration. That money would be used to help pay for a border wall and upgraded equipment for our border guardians. Since Congress failed to act, and will not do this under Democrat leadership, I suggest that the president use existing financial service laws to prevent these remittances. In 2017, more than $30 billion was transferred to Mexico. Freezing those transfers would have a profound effect on our southern neighbor.

The president should also begin having his customs officials inspect southbound traffic at the border. We are not effectively interdicting the transfer of cartel dollars heading south from the U.S. because we do not inspect traffic leaving the U.S. Border agents have told me that some of these vehicles carry significant amounts of U.S. cash – profits from drug and human trafficking cartels. In the past, we had K9 units trained for currency, and do not have that now.

Finally, the president can insist that Mexico accept international protocols that would require it to detain asylum seekers in Mexico if they are attempting to cross Mexico in order to enter the United States.

President Trump’s changes at the top of the Department of Homeland Security will be meaningful if we see a stronger implementation of border enforcement that will allow the U.S. to wrest control of its southern border away from Mexican crime cartels, back into the hands of our Border Patrol agents. And that has to be done in spite of the existing Trump Derangement Syndrome.