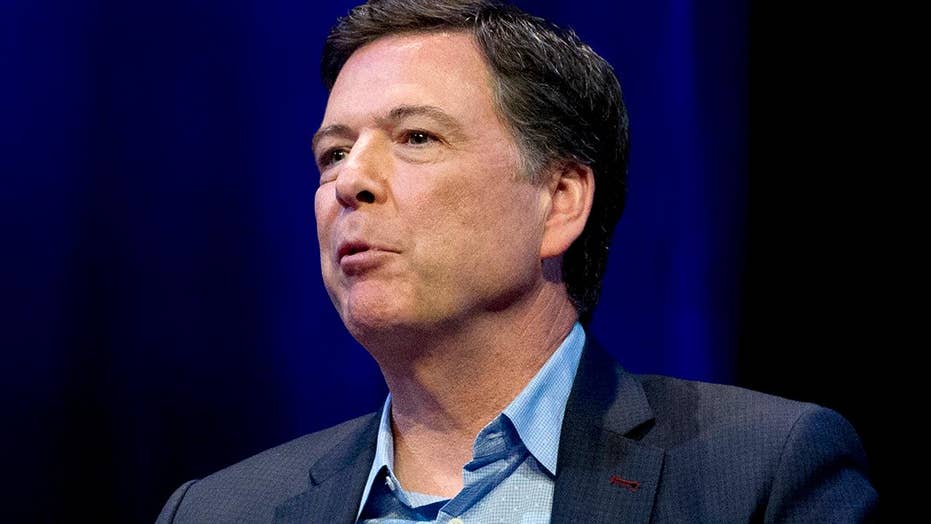 Catherine Herridge previews the closed-door interview about the FBI's handling of the Clinton, Trump investigations.

Former FBI Director James Comey is the heart of the anti-Trump, Mueller investigation. There are indications that he abused his power, along with the leadership team around him, to protect Democratic presidential candidate Hillary Clinton and attack Republican presidential candidate Donald Trump in 2016. And particularly troubling is that the motivation for these steps, appears to have been political in nature.

Although he has attempted to avoid testifying, the House Judiciary Committee was successful, through subpoena, in compelling Comey to appear for a closed-door deposition.

Comey has insisted that he wants to testify publicly, but that is only because the system of public testimony allows each individual member of the committee only five minutes to ask questions.

That is not enough time to develop comprehensive testimony, especially since that format allows a witness to pontificate and chew up the entire five minutes without having answered the question.

Further, partisan bickering often prevents exploration of the issues. Comey demanded this format because he knows it is one of the least conducive ways to conduct an interrogation and elucidate the truth.  He also knows he loves the spotlight.

While Comey prefers a situation he more easily can control and direct, he would never have allowed a similar setting for his agents to interview potential witnesses or defendants.

On the other hand, each side gets to ask questions in a closed-door deposition in one-hour increments until each side has exhausted its questions. Following the deposition, Comey and the participants will be free to go public with their positions and interpretations. The transcript of the deposition is slated to be released Saturday.

Comey drafted the exoneration letter of former Secretary of State, Hillary Rodham Clinton, before all witnesses, including Ms. Clinton had been interviewed. It was Comey who changed the standard of proof from the statutory provision to one he believed was conducive to ending the investigation of Ms. Clinton. And, it was Comey, not former Attorney General, Loretta Lynch, who decided that there would be no prosecution against the former Secretary of State for obstruction of justice and violating security laws.

Comey leaked information, perhaps even classified documents, to a friend and employee with the tacit understanding that the information would be handed over to journalists. This was done, apparently, to stir up public acrimony of the newly elected President Trump.

Did he know of the animus and partisan bias of high-level FBI and DOJ employees who seem to have been deployed to derail then-candidate Trump’s campaign, and that has morphed into a seemingly boundless and endless investigation of everyone who was associated with the Trump team?

There are assertions that Comey prevaricated to the Senate Judiciary Committee. The Comey deposition will either be highly enlightening, or he will obfuscate and continue to blame everyone else.

I believe that there is already significant evidence that warrants a reopening of the HRC-SOS-classified document investigation as promised by FBI Director Christopher Wray and former Attorney General, Jeff Sessions.

At this late date in the congressional term, evidence that we adduce from Mr. Comey will join the mountain of information that has been compiled by the House Intelligence, Judiciary, and Oversight Committees. Without action by the Executive Branch, we will have simply learned of political corruption at the highest levels of our police apparatus without any criminal prosecutions. Even then, however, ten of those officials have been forced out of their positions.

That is small consolation for those who revere the rule of law and may not provide adequate deterrence against future abuses.