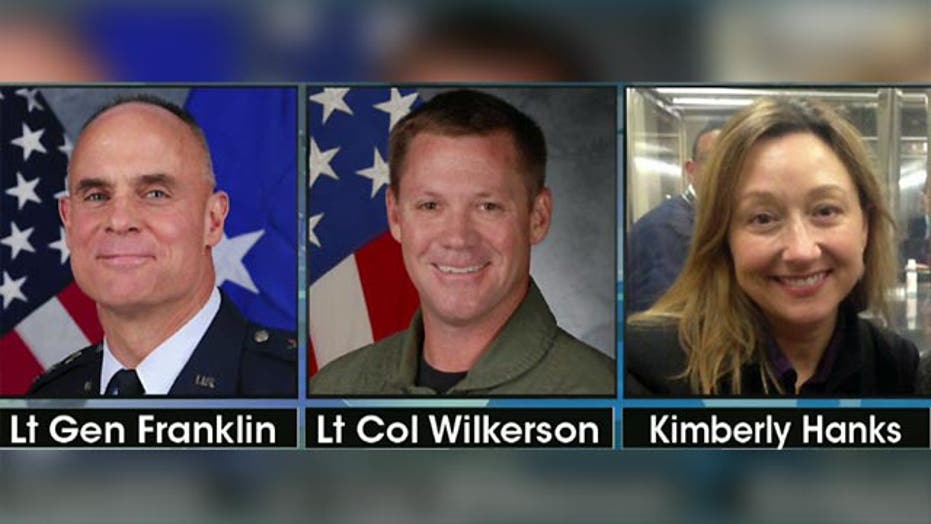 Should our military consult with white supremacist groups when revising policies against racial discrimination?

Should it call the Westboro Baptist Church as it deals with the repercussions of repeal of "Don’t Ask, Don’t Tell"?

Or should it bring in Koran-burning pastor Terry Jones to consult as it continues its outreach to the Muslim world?

Obviously not.  And if generals of any branch of the military met with these groups, we’d question their good faith and their understanding of the law.

Yet the Air Force has been meeting with a bigot every bit as obscene, every bit as hateful as any of the individuals or groups discussed above.

That bigot is named Michael "Mikey" Weinstein, the founder of the inappropriately-named Military Religious Freedom Foundation, and his rhetoric against Christians if every bit as poisonous as the rhetoric of acknowledged hate groups.

Don’t believe me?  In just one recent column in the Huffington Post he called Evangelical Christians – many of whom serve in the military – “monsters,” “bloody monsters,” “pitiable unconstitutional carpetbaggers,” “bandits,” and “monstrously savage.”

He declared they “would usher in a blood-drenched, draconian era of persecutions, nationalistic militarism, and superstitious theocracy,” and declared them “world class cowards.”

That’s just a partial list, from just one column.

In other contexts, he’s said even worse.  In a speech, he once stated:

"The dominionist Christian will say, 'Nothing can constrain me from proselytizing my version of Christianity." And these people we find have several particular malodorous stenches about them. It’s like walking into a stench in my native state of New Mexico here on a hot August afternoon and having your nostrils assaulted by the stenches of 10,000 rotting swine it’s so bad.  The first stench is viral misogyny. The fact that women should be consigned to selecting food, preparing food, cleaning up after meals, spreading their legs, getting pregnant and raising children. The next [stench] is virulent anti-Semitism. The next is virulent Islamophobia."

In another speech he directly slandered our military:

These are not coherent arguments.  They are hateful rants.

Imagine for a moment if Mr. Weinstein had said these things about Islam – even about militant Islam.  A military that won’t even attribute Nidal Hassan’s Fort Hood shooting to his jihadist faith would not allow Mr. Weinstein to come within a mile of the Pentagon.

Yet it’s acceptable to slander Evangelicals (Weinstein calls them “dominionists”) even as tens of thousands fight honorably and bravely for their country?  What kind of message does that send to America’s Christian officers and enlisted?

Lest you think that Mr. Weinstein’s influence is limited, already the Air Force has put out a statement indicating that any religious speech that makes any service member “uncomfortable” could be banned.

This is a statement that places every single airman’s free speech at risk.  Moreover, it unconstitutionally singles out religious speech, granting it less protection than other forms of speech.

The irony, of course, is rich. The Air Force claims to protect service members’ delicate sensibilities, yet it does so by granting high-level access to a man who’s claim to fame lies in sometimes-obscene and always-hateful rants against Christians he doesn’t like.

Last week, while failing to address the Weinstein consulting controversy, Pentagon spokesman Lt. Cmdr. Nate Christensen issued this statement:  "The U.S. Department of Defense has never and will never single out a particular religious group for persecution or prosecution. The Department makes reasonable accommodations for all religions and celebrates the religious diversity of our service members. Service members can share their faith (evangelize), but must not force unwanted, intrusive attempts to convert others of any faith or no faith to one's beliefs (proselytization)."

Of course, the Pentagon is not solely to blame. The Mainstream Media continues to grant Mr. Weinstein access, publishing and airing sympathetic stories they would never air about the Westboro Baptist Church or Terry Jones – despite the fact that he’s a comparable bigot.

Yet the object of Mr. Weinstein’s hatred is Evangelical Christians, and in that hatred he shares the media’s prejudice.

There are many credible and thoughtful civil libertarians the Pentagon could consult as it formulates religious policy. By giving credibility to hate, people of faith lose confidence in the military’s dedication to religious freedom, the Constitution’s first freedom. And in an all-volunteer military serving a nation that is overwhelmingly Christian, that is a dangerous development indeed.