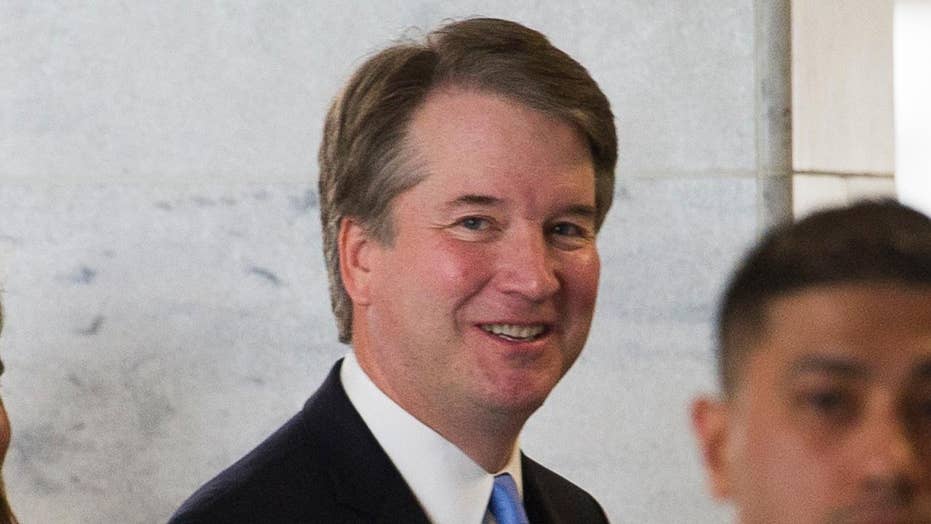 Are Dems picking the wrong fight with the Kavanaugh bid?

Sen. Warren says a confirmation is not a 'done deal' as many senators refuse to meet with the Supreme Court nominee; reaction on 'Outnumbered.'

In the five weeks since President Trump nominated Judge Brett Kavanaugh to serve on the Supreme Court, we have seen Senate Minority Leader Chuck Schumer, D-N.Y., take obstruction and hyper-partisanship to new heights.

Immediately following the president’s July 9 nomination of Kavanaugh – a judge on the U.S. Circuit Court of Appeals for the District of Columbia – Schumer vowed that he would oppose the nomination “with everything I’ve got.” If the weeks since are any indication, we should believe him.

It is customary for the Senate leadership of both political parties to meet with a president’s nominee. In 2010, then-Senate Minority Leader Mitch McConnell, R-Ky., met with Elena Kagan the very first day she was on Capitol Hill, just two days after her nomination to the Supreme Court was announced by President Obama.

Likewise, Sonia Sotomayor met with nearly every senator of both parties the summer leading up to her confirmation as a justice on the high court.

To his credit, Sen. Joe Manchin, D-W.Va., broke ranks with his party to sit down with Kavanaugh on July 30, calling the two-hour meeting “very productive.”

Shortly after Manchin announced that he would meet with Kavanaugh, Sens. Joe Donnelly D-Ind., and Heidi Heitkamp, D-N.D., also scheduled meetings with the nominee. Those meetings took place Wednesday when the Senate returned from its abbreviated summer recess.

In the face of these defections, even Schumer himself finally agreed to meet with Kavanaugh later this month.

Manchin, Donnelly, and Heitkamp were the only three Senate Democrats who voted for Neil Gorsuch’s confirmation to the Supreme Court last year. Yet all three senators are carefully toeing the fallback line set by Schumer to remain noncommittal about Kavanaugh, to give Schumer room to maneuver. Manchin has said that he plans to meet with Kavanaugh again after the judge’s Senate confirmation his hearing.

After Donnelly met with Kavanaugh he issued a statement saying that he “will continue a thorough review of Judge Kavanaugh’s record” and will to follow the judge’s confirmation hearing before the Senate Judiciary Committee hearing closely.

Donnelly added: “I plan to keep doing my homework and make a decision sometime after Kavanaugh’s committee confirmation hearing.”

Heitkamp was also circumspect, only saying that she will “continue reviewing his record” and “closely study his answers at his Senate hearing” after she met with Kavanaugh.

Donnelly and Heitkamp find themselves at a crossroads now that they have met with Kavanaugh. Their constituents strongly favor the judge’s confirmation and recognize that critical issues are at stake with the appointment of the next justice to the Supreme Court.

People in both states care about preserving our nation’s constitutional structure and the framers’ respect for separation of powers. They desire checks on the power of the federal government, such as the protection of their Second Amendment rights. They want to enforce constitutional limits on the federal agencies that oversee an ever-more burdensome regulatory state.

This week (and later next month, when they make the decision to vote for or against Kavanaugh), Donnelly and Heitkamp have the chance to prove that they are not beholden to the obstructionist liberal leadership of their party, but rather are true representatives of the interests of their respective states.

Time will tell as to where their loyalties lie.