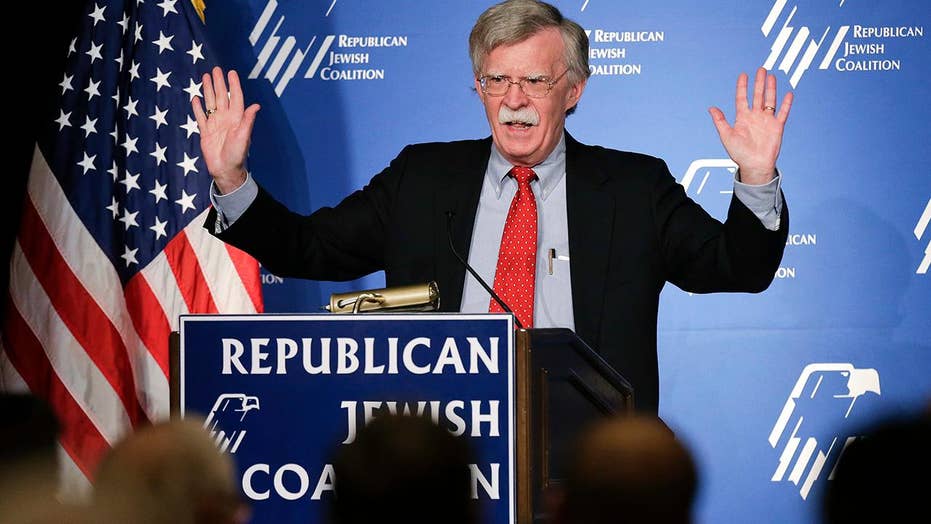 What will John Bolton mean for White House foreign policy?

All White House staff members know going in – or should know – that they serve at the pleasure of the president. This is true in the administration of every president, Democrat and Republican. If you’re looking for job security, the White House is not the place for you.

As a result, some very fine people who served in the Trump administration – as well as a few who weren’t up to the tasks they’d been assigned – now find themselves on the outside looking in.

It’s true that President Trump is impulsive. Folks who have known him from his days in New York say he’s the kind of person who is most influenced by the last person he talked to. He’s more interested in what works than he is grounded in any kind of philosophy of governing. Chaos is part of his management style.

This is hard for most of Washington to accept, let alone understand. The idea of people coming and going from senior positions with the frequency they’ve gone in and out of the Trump administration is an alien concept to the long-term Washington professionals who make up what Trump and his allies derisively refer to as “the swamp.”

President Trump is nothing if not ambitious. His desire to be considered by history as one of the great presidents is enmeshed in his 2016 slogan: if he makes America great again it is because he himself is a great president.

Nonetheless, there’s method in what appears to so many others to be madness. In the corporate world – the arena in which President Trump is used to operating – people who don’t perform well or don’t click with those above them on the organizational chart are generally encouraged to move on. We’ve seen it with the president’s original team inside the White House senior staff, in mid-level positions, and in the Cabinet – with more departures expected.

The question is not whether this swiftly revolving door bringing people into and out of the White House is discordant: it is. What’s really at issue is whether it’s produced the results President Trump wants. The answer to that question is a qualified yes.

What President Trump is doing now – particularly in his appointment of Larry Kudlow to replace Gary Cohn as head of the National Economic Council and swapping Lt. Gen. H.R. McMaster for John Bolton as his national security adviser – suggests his strategy now is to figure out how to get more new people to join his team.

President Trump is nothing if not ambitious. His desire to be considered by history as one of the great presidents is enmeshed in his 2016 slogan: if he makes America great again it is because he himself is a great president. And, depending on how you assess presidential performance, he may be well on his way.

According to The Heritage Foundation, the think tank that developed many ideas that became part of the Reagan Agenda, President Trump has already accomplished nearly two-thirds of what he set out to do. That’s a remarkable achievement, probably unmatched by any president since Franklin Roosevelt.

Even President Reagan, who left office with the three biggest items on his list crossed off as completed – win the Cold War, get the economy growing again, and revive the spirit of America in its institutions and its people – didn’t get everything he wanted. Then, as now, spending continues to be a problem and the government, then as now, continues to grow.

Some suggest these problems are insoluble. With Congress having just passed a spending bill that leaves the federal government almost unbelievably well-funded, they might be right. Or not, if the president can get the right people in place to take on issues related to the size and scope of government. So far, he’s still looking for them.

There’s nothing intrinsically wrong with the changes President Trump has made thus far. Kudlow for Cohn and Bolton for McMaster are both trade-ups with strong roots in the Reagan Revolution.

Kudlow was part of the team that developed the policies the left derided as Reaganomics, but which created 20 million new jobs and an economic recovery that no president since has been able to achieve.

Bolton, even though he is more closely associated with George W. Bush than Reagan, is a believer in a muscular foreign policy that gives enemies no quarter they have not earned.

In these appointments President Trump may be looking to the past to replicate the kind of successes President Reagan enjoyed and then to build on them.

What was true of his campaign is true of Trump’s presidency: there’s more to it, much more, than meets the eye.