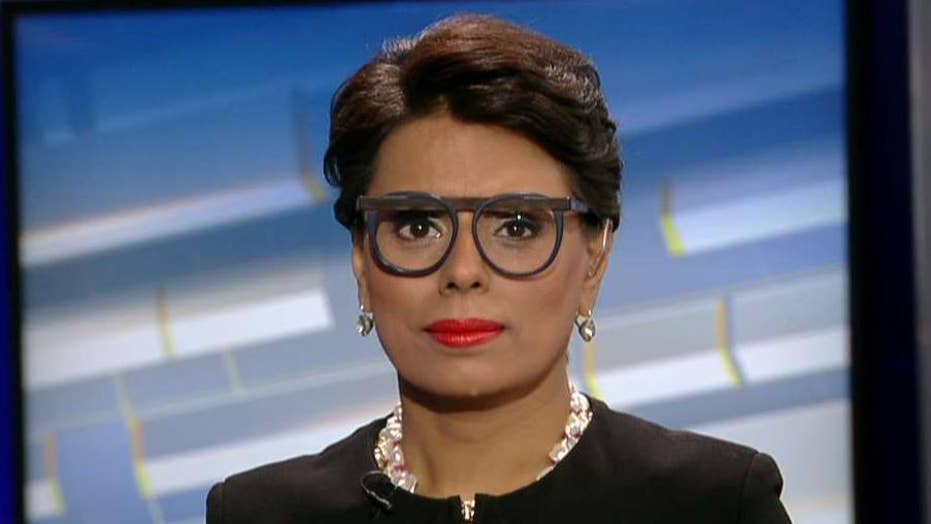 Dr. Qanta Ahmed: We should not fear naming the ideology of Islamist extremists

Muslim scholar Dr. Qanta Ahmed on Rep. Omar Ilhan's comments about Sri Lanka and the rise of anti-Christianity around the world.

The horrific Easter Sunday bombing attacks that killed more than 350 people and wounded over 500 at churches and high-end hotels in Sri Lanka are the latest evidence of the war being waged on Christianity, Western society and others by radical Islamists.

As a Muslim woman born in Britain to Pakistani immigrants – and now a proud American citizen living in the New York City area – I know that murderers like those who staged the Sri Lanka attacks represent a tiny fringe element of the world’s 1.6 billion Muslims.

I also know these violent Islamists embrace a perverted version of Islam and are traitors to the religion they claim to follow, violating the basic tenets of one of the world’s great faiths. They are no more representative of Muslims than the Nazis were representative of Christians.

At the same time, we have to be honest and understand the motives of the violent Islamists if we want to combat their attacks and the toxic brew of hatred that burns in their hearts against just about everyone who doesn’t share their warped theology and worldview.

Too often, the media are reluctant to identify Islamist attackers as Islamists, for fear of appearing prejudiced against all Muslims. This is a mistake. Hiding from evil will not make it go away.

Too often, the media are reluctant to identify Islamist attackers as Islamists, for fear of appearing prejudiced against all Muslims. This is a mistake. Hiding from evil will not make it go away.

The truth is that Islamism is at permanent war with secularism, and thereby secular pluralism. Its enmity is not only directed against Christianity, followers of Christianity and symbols of the religion. Islamists are opposed to a perceived (but nonexistent) conspiracy between Christians and Jews that undermines their version of a fictional and invented Islam.

Secularism treasures pluralism. Sri Lanka is a pluralistic society that is home to Sinhalese Buddhists, ethnic Tamils (who are mostly Hindu but can be Christian and Muslim), Christians, Muslims and other groups. Destroying the pluralistic fabric of society is a goal of the Islamists, who believe they are superior to all others and embrace the one true set of religious beliefs.

The Islamists perceive Christianity to be Western – instead of understanding its roots among Jews in what is now Israel, who were followers of the Jewish man Jesus. The aim of Islamists is to expunge all Christians, Jews and other nonbelievers who don’t share their extreme views from society.

In Asia and the Middle East, where Christianity is a minority religion, Christians are targeted for persecution and sometimes violent attacks by Islamists. The Easter attacks in Sri Lanka were a painful reminder of similar Easter Sunday attacks in Lahore, Pakistan in 2016 claiming 75 lives and wounding 290 perpetrated by the Islamist group Jamaat-ul-Ahrar.

Even before the Sept. 11, 2001 attacks in the United States – in which nearly 3,000 people were murdered by the Islamist terrorists of Al Qaeda – that terrorist group and other violent Islamists attacked and killed Christians and desecrated churches in many parts of the world.

These barbaric attacks are in stark conflict with Islam’s teachings, which revere both Jesus and the Virgin Mary – the single most-mentioned and revered woman in the Koran.

Muslims believe in the Immaculate Conception, the divinity of Jesus’s message and the Injeel (the Gospel), which Muslims must accept as God’s word. Muslims also believe in the crucifixion and the removal of Jesus from the cross into the Holy Sepulcher.

The Koran states that without accepting Jesus and the message of all the disciples and the Gospel, one cannot accept Islam.

Yet violent Islamists reject these facts. They are among those responsible for the growing persecution of Christians globally and particularly in Asia.

Around the world, Christians are persecuted more than any other religious group. In fact, a Pew survey found Christians experienced persecution in at least 144 nations last year, up from 107 nations in 2007

According to the Open Doors Watch List, one-third of Christians in Asia are suffering from persecution. China and North Korea are at the top of the list of 10 Asian nations where persecution of Christians is most severe.

China’s intolerance of Christianity is especially concerning because it is home to between 93 million and 115 million Protestants and roughly 12 million Catholics. Already, some Chinese cities have banned Christian celebrations.

Christians are persecuted where they are the minority by three types of people: nationalists who consider the Christians followers of an alien religion; militant atheists; and radical Islamists, according to Nina Shea, a human rights attorney and director of the Center for Religious Freedom at the Hudson Institute.

Unquestionably, wherever Islamists operate they seek to divide and destabilize society by promoting hatred and violence between religions.

The ISIS terrorist group has claimed responsibility for Sunday’s Sri Lanka attacks, which authorities said were carried out by nine Sri Lankan suicide bombers, including one woman. Officials are working to determine if ISIS was really behind the attacks or is simply claiming credit to make itself look like a more fearsome terrorist group.

Western media have been slow to recognize that Sri Lankan operatives joined ISIS in Syria, and have returned to strike locally. Dr. Ely Karmon, a research scholar at the International Institute of Counter-Terrorism in Israel, notes that by late 2015 two foreign governments had warned the Sri Lankan authorities of the radicalization of domestic Muslim groups emerging as ISIS supporters.

Sadly, we know that this will not be the last attack by violent Islamist extremists. So it is vital that we learn more about the Islamists with the goal of shrinking their numbers and exposing them as the heretics they really are.

At the same time, non-Muslims must not panic and must not accept a false stereotype that most Muslims are terrorists or terrorist sympathizers, and that our very presence in a nation poses a threat. An overreaction like that plays into the hands of Islamists and will only strengthen them.