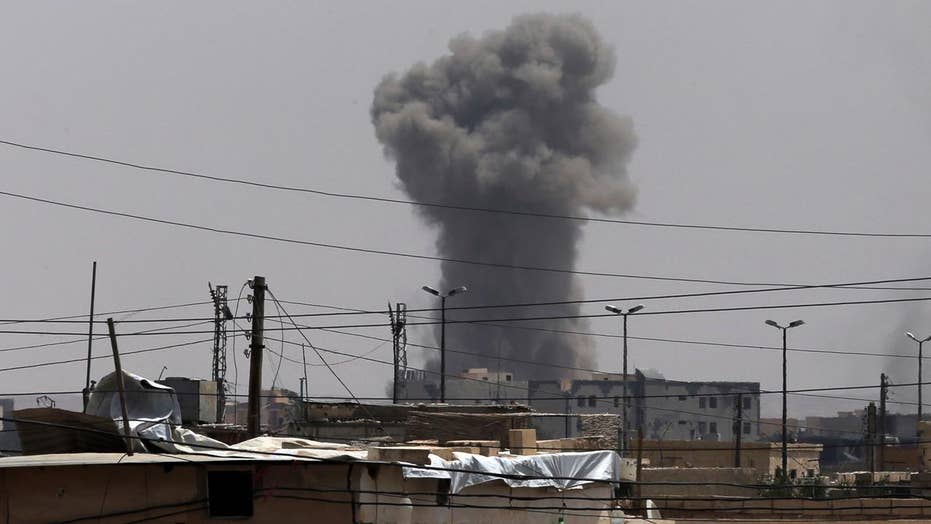 Radwan Ziadeh is ten years younger than Bashar al-Assad. Both of these Syrians initially pursued medical careers, dentistry for Ziadeh and ophthalmology for Assad. Their paths diverged dramatically after Assad became the country’s president following his father’s death in 2000, and Ziadeh focused on advocacy of human rights and democracy. Though they have never met, Ziadeh has long been a target of the Assad regime. He was fired from his position as a dentist at a state hospital in 2003, and a warrant for his arrest was issued in 2008, a year after he left Syria for his own safety.

All of this was before Assad initiated a viciously brutal crackdown on protesters. Since March 2011, more than 500,000 Syrians have been killed and more than five million are living as refugees in neighboring countries, while another six million are internally displaced.

For the past 10 years, Ziadeh’s base for advocacy has been in Washington, D.C., where he lives with his wife and three children. As long as Assad is in power, returning to his homeland is not an option. Assuming he would be welcome to stay in the U.S., Ziadeh recently applied for political asylum.

But the U.S. Citizenship and Immigration Services (USCIS) rejected his request. Though acknowledging his refugee status, stating, “The record supports that you were persecuted on account of your political opinion, opposition to the Assad regime and support for human rights in Syria,” the agency nonetheless concluded that “you are not eligible for asylum status in the United States” because of having allegedly provided “material support” to terrorists.

Ziadeh’s singular achievement is the Syrian Transition Roadmap, a blueprint for creating a democratic Syria following the end of the Assad regime. Published in 2013, the roadmap called for political reforms, including a parliament representative of all Syrian citizens, a new constitution, economic reform, and an overhaul of the country’s notorious security services. Ziadeh coordinated the work of more than 300 Syrians involved in the discussions and drafting of this landmark document.

To develop the Roadmap required assembling the various parties opposed to Assad in a series of conferences that took place in Istanbul in 2012 and 2013. Among those attending were several individuals affiliated with the Free Syrian Army (FSA) and the Syrian Muslim Brotherhood, two groups that the U.S. has labeled “undesignated terror organizations.”

The conferences were necessary steps for airing a variety of viewpoints of key stakeholders and gathering wide support for the Roadmap. Moreover, the very idea of Ziadeh organizing these gatherings was encouraged by the U.S. government.  At the time the White House was still calling for Assad to step aside.

“For a $40 plane ticket, I’m being criminalized,” Ziadeh told me. In asserting that Ziadeh has “engaged in terrorist activity,” the USCIS claims that providing air tickets, hotel accommodations, and other materials related to the conferences “constitutes material support to the FSA and Syrian Muslim Brotherhood.”

Steven Schulman, Ziadeh’s pro bono attorney, has dealt with similar cases with clients from around the world over the past decade. He calls the USCIS decision “disappointing.” What troubles him most is that “the Department of Homeland Security has expanded the definition of material support beyond recognition. It entirely ignores context.”

The context is the ongoing war in Syria and the efforts, led by Ziadeh, to find a peaceful, negotiated solution to the nightmare. He maintains that he did not directly invite those affiliated with FSA and Syrian Muslim Brotherhood, and they came as individuals, not as official representatives of the two groups.

As Ziadeh awaits action on his request to USCIS to reconsider its decision on his asylum application, he continues heading up the Syrian Center for Strategic Studies in pursuit of transition, justice, and accountability in Syria. Meanwhile, war crimes and crimes against humanity take place daily. Ziadeh is disheartened by Secretary of State Rex Tillerson’s decision to close the Office of Global Criminal Justice, which has led U.S. efforts to bring perpetrators of such heinous crimes to justice. “The U.S. played a key role in international human rights. Now to see the U.S. is stepping back is alarming,” says Ziadeh.

Expressing sadness over the stillborn initiative that he tried to bring into being, Ziadeh says, “the Roadmap is another document gathering dust.”

“There is no political solution,” a disheartened Ziadeh told me. “Russia now controls everything and the U.S. is not interested in investing any capital with Syria.” Indeed, with Iran and Russia deepening and expanding their assistance to him, Assad is more ensconced in power than ever in the country that he himself destroyed.

No end is in sight to the Syria tragedy. But for Ziadeh, whose current permit to stay in the U.S. will expire in March 2018, there is urgency to resolve this matter soon, and gain the political asylum he so much desires and deserves.