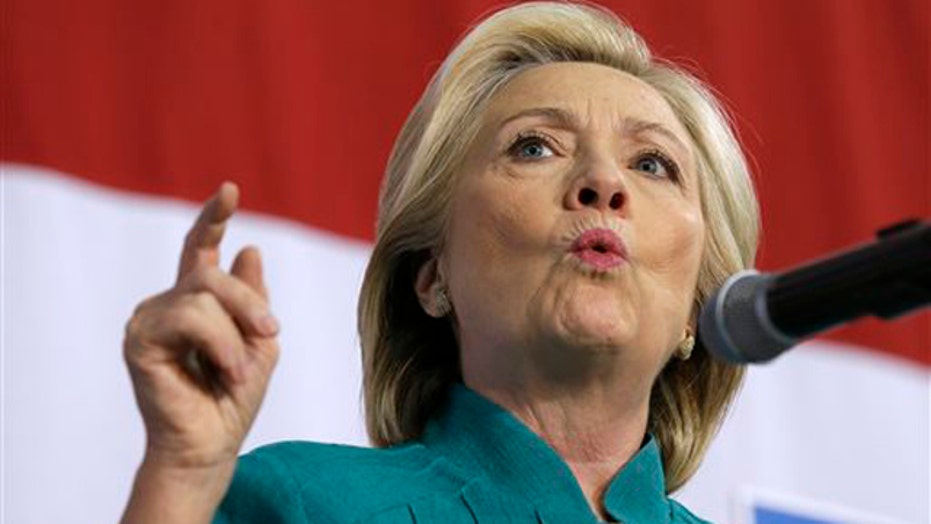 A public high school in Maine was caught red-handed trying to recruit students to work on Hillary Clinton’s presidential campaign as a “community service opportunity” – without the knowledge or consent of parents.

Could you imagine the national media firestorm had the school been recruiting for Donald Trump’s campaign?

Students at Marshwood High School in South Berwick received an email from the Clinton campaign – urging them to sign up for positions as unpaid “fellows”.

“Hillary for New Hampshire is looking for smart, energetic winter fellows who are committed to winning the New Hampshire primary for Hillary Clinton,” read the email from a campaign staffer. “Everyone working on the campaign now started off as a fellow at some point so it is a great way of getting a different skill set whilst helping an important cause.”

Tim and Elita Galvin were furious that their teenage son had received the solicitation – calling it “disingenuous and sneaky.”

“My son didn’t appreciate being targeted by anybody via his school email for a political campaign,” Mrs. Galvin told me. “I’ll be honest – he’s not a fan of Hillary Clinton to begin with. He’s done his homework and he doesn’t like her.”

The Galvins reached out to Paul Mehlhorn, the principal of the high school. They provided me with a copy of his emailed response.

“We often receive information from outside sources regarding opportunities for students to get involved in their communities,” he wrote. “We pass on this information to provide students with ways they may meet the requirement to perform 50 hours of community service to graduate.”

Mehlhorn went on to explain that students are not obligated to volunteer for Clinton’s campaign, “nor does it suggest the school supports a particular political candidate, religious doctrine or branch of military.”

“If other ‘campaigns’ were to seek volunteers, we would pass that on also,” he noted.

The principal went to say that the email solicitation sounded like a great way to have a conversation with their children about understanding their choices in getting involved or not.

As you might imagine, Mr. and Mrs. Galvin were not all that thrilled with the principal’s explanation.

“Politics doesn’t belong there – Republican, Democrat, green, purple, white, whatever,” Mrs. Galvin told me.  It doesn’t belong in the schools. The kids get, we get so much of this -- we get bombarded during the political campaigning season, which now is almost never ending. Those kids should be able to go to school and learn without having that noise around them or targeted at them.”

I reached out to Mary Nash, the superintendent of schools. She told me it was a mistake to send out the email.

She said a school staffer had forwarded the email to students without providing “additional information regarding this community service opportunity.”

However, the intentions were pretty well explained in the email. They wanted minors to pound the pavement for Hillary Clinton.

She directed the principal to send a letter to moms and dads.

“In general, all staff must refrain from sending out any solicitations supporting any non-school organization,” the principal wrote.

Mrs. Galvin said there is absolutely nothing wrong with students getting involved in political campaigns. However, the school overstepped its boundaries.