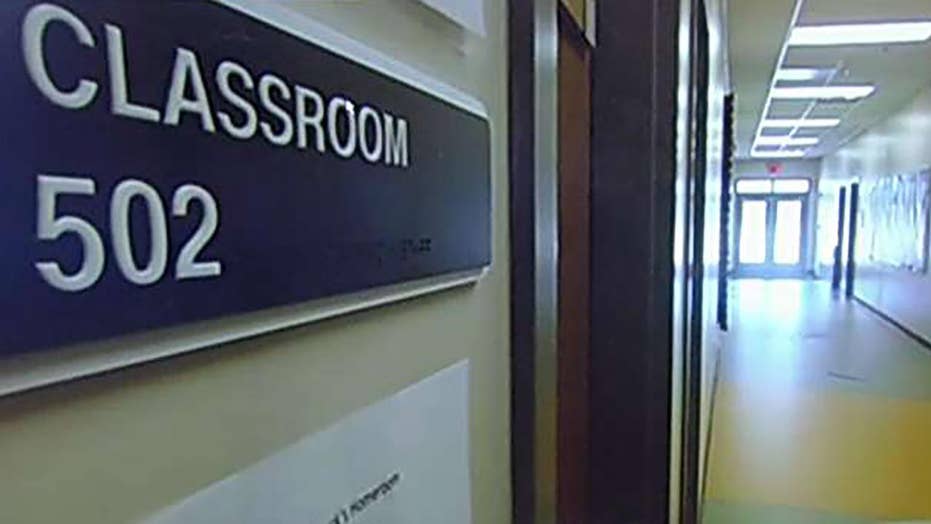 Parents of students attending the Georgia School for Innovation and the Classics received a surprising addition to the new school year stack of paperwork: the public charter school in Hephzibah, Georgia, solicited permission from parents to reinstate corporal punishment by asking them to fill out a “consent to paddle form.”

School Superintendent Jody Boulineau said parents at the school, which serves students from kindergarten through ninth grade, are not required to give consent, WRDW-TV in Augusta, Georgia reported.

The station reported on its website that “If parents opt out of paddling, they have to agree to up to 5 days of suspension” as an alternate punishment for misbehaving students.

Clearly, when it comes to punishment, the school is truer to the “classics” than it is to the “innovation” in its name.

It’s disappointing that schools continue to return to an antiquated form of punishment in light of all we know about the numerous ways in which spanking causes more harm than good. It’s also disappointing that approximately one third of the returned forms from parents have granted permission to the school to paddle their children.

The Society for Research in Child Development (SRCD) has summarized research on corporal punishment, including paddling, in schools. It found disparities in the use of corporal punishment by race, gender and disability status. Boys, black children and children with disabilities are many times more likely to be subjected to corporal punishment than their peers, with often devastating consequences.

In light of its findings, the SRCD has called for a review of whether corporal punishment violates federal laws against discrimination in public schools by race, gender and disability.

But corporal punishment isn’t just bad because it’s discriminatory. It’s bad for a lot of other reasons. Three of the most common arguments in favor of spanking are easily refuted by looking deeper than the surface.

Here are three claims used to justify spanking – with an explanation of why they are wrong:

“I was spanked, and I turned out fine.”

This is like saying “I smoked, I didn't get lung cancer, so smoking doesn't cause cancer.”

Just because you don’t immediately see negative effects in one case does not negate the vast number of studies that link corporal punishment with higher rates of aggression and other unwanted outcomes.

This stance is counterintuitive. Spanking teaches aggression, violence and lack of respect for a child’s body. While receiving a spanking might chasten a child in the moment, it doesn’t teach him or her anything constructive about how to behave better in the future.

Indeed, research has shown that spanking does little if anything to correct behavior long-term. When one considers the hypocrisy of using aggression like paddling or spanking as punishment when a child acts aggressively, it becomes clear that authority figures should instead model respectful, self-regulated behavior.

“If the majority of parents do it, it’s OK.”

The vast majority of American children are spanked, and so we have a culture that supports spanking. Thus, parents often don’t learn alternative disciplinary methods that are more effective in the long run.

Parents fall back on spanking because it is a quick fix and that is what they know, but discipline should teach children how to self-regulate and behave appropriately – and spanking is not effective for teaching this.

When a school sends home permission slips for parents to opt their child in or out of corporal punishment at school, it only perpetuates this incredibly detrimental practice.

The American Psychological Association and the Association of American Pediatrics have issued policy statements against spanking and listed several resources for positive discipline that parents and school leaders should look to as alternatives to corporal punishment.

With so much research and a wealth of resources available, schools have no excuses left. In this case, the innovation has already been done, studied and improved. There’s no reason to return to the “classics” when paddling has proven to be an ineffective method of discipline.

Gwynn Morris is an associate professor of psychology at Meredith College.

Cynthia Edwards is the head of the Department of Psychology and Social Work and a professor of psychology at Meredith College in Raleigh, North Carolina.