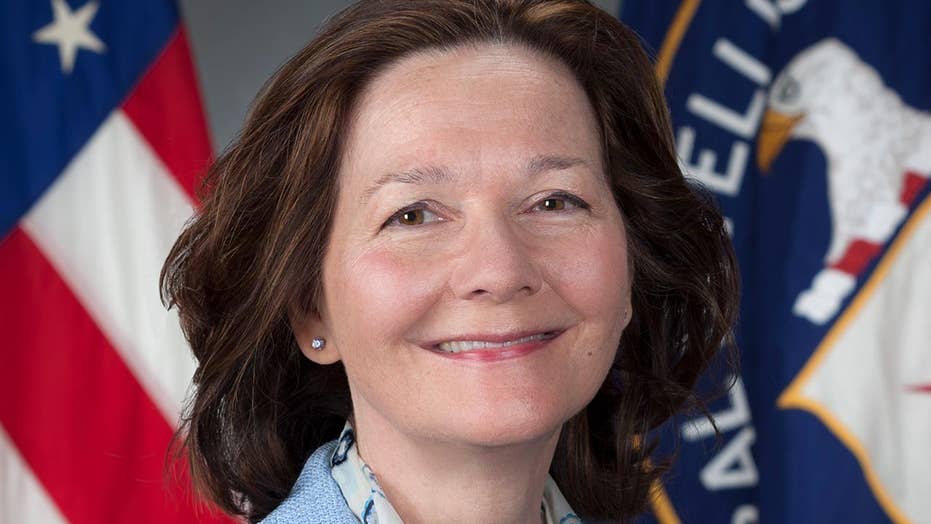 Who is Gina Haspel, the first woman to possibly lead the CIA?

From Mike Pompeo to Gina Haspel, a look at Trump's choice for the CIA’s newest director.

Toss a pebble in a pond and you get ripples. Toss an inaccurate story into today’s news environment and you cause a tidal wave of inaccurate news. That’s exactly what left-wing ProPublica did last year in a story about CIA torture. The result of that screw-up has swamped numerous major news outlets.

The February 2017 story was a hit job on CIA Deputy Director Gina Haspel. It involved the interrogation of Abu Zubaydah, who the CIA says was an Al Qaeda leader. The ProPublica story said Haspel had overseen his waterboarding “and other coercive interrogation methods that are widely seen as torture.” She allegedly “mocked the prisoner’s suffering,” demonizing her even further.

Except it didn’t happen. “Neither of these assertions is correct and we retract them,” ProPublica wrote in a correction published Thursday – more than a year after the original incorrect story was published and, coincidentally, on the Ides of March.

ProPublica did own up to its error, but said in a telling admission: “This error was particularly unfortunate because it muddied an important national debate about Haspel and the CIA’s recent history.”

Thanks for the understatement.

It’s not hard to find media outlets that didn’t just embrace the ProPublica story, they cited it. Rolling Stone’s Matt Taibbi ran this: “Taibbi: Trump's CIA Pick Took Part in Silencing Torture Suspect.” It cited ProPublica reporter Raymond Bonner at the top of the story. NPR’s “All Things Considered” had Bonner on to discuss his article.

Lots more outlets are going to be upset about this. The New Republic cited Bonner in its first paragraph. CNBC reran a piece from left-wing Vox saying: “Donald Trump wants feminist cred for putting a veteran torturer in charge of the CIA.” It cited the ProPublica story.

ProPublica’s mea culpa did blame The New York Times, too. It noted that the Times “also reported last year that Haspel oversaw the interrogation of Abu Zubaydah and another detainee.”

There will be a ton of recriminations and corrections. MSNBC Anchor Chris Hayes put it mildly: “That's a very big error.”

Daily Mail U.S. Political Editor David Martosko got to the heart of the problem with his comment. “Wow. This error launched hundreds of articles. It is not a small mistake,” he tweeted.

ProPublica was founded with $10 million a year from liberal billionaires Herbert and Marion Sandler. Slate’s Jack Shafer, who now writes for Politico, wrote in 2007 how the couple had funded everything from Democratic politicians to the Center for American Progress and Moveon.org. Left, lefter and leftist. An outlet that does hit jobs seems to be exactly what the Sandlers wanted.

ProPublica is still the darling of the major media. CNN Senior Media Correspondent Brian Stelter called ProPublica “one of the country's most respected news organizations” in the Reliable Sources newsletter. (He meant by fellow newsies. Most Americans have never heard of it until this week.)

Ironically, ProPublica Illinois just posted a story Tuesday about its commitment to “Keep Bias Out of Stories.” It included this nugget: “We stick with the facts, and several editors read every story.”

2. Journalists Play Chiefs of Staff: The Haspel appointment wasn’t the only one the media fixated on this week. President Trump was making more moves in his Cabinet and journalists had two consistent views – the people he adds are bad and people he fires are good.

New Secretary of State nominee Mike Pompeo was called a “Benghazi bomb-thrower” by Washington Post Reporter Erica Werner. The “Democracy Dies in Darkness” staffer then deleted her tweet. So much for transparency.

The media targeted President Trump’s new economic adviser as well. Former CNBC host Larry Kudlow was mocked by The New York Times. It carried a story with the headline: “6 of Larry Kudlow’s Not-So-on-the-Money Predictions.” What the Times likes to forget is that it employs economist Paul Krugman who had to apologize for his post-election prediction. Here’s what he wrote election night, 2016: “If the question is when markets will recover, a first-pass answer is never.”

CNN Political Director David Chalian looked down his nose at Kudlow, calling him “a cable TV personality.” One wonders if Chalian remembers where he works.

Over at MSNBC, they were baffled by Kudlow’s religious faith and his comment that “however things work out, it will be God’s will.” Co-Anchor Stephanie Ruhle acted stunned. “That’s an interesting way to talk about being the national economic adviser to the president. God’s will?”

Seriously, do media people never encounter anyone with religious faith or are they just reflexively anti-faith?

Then there was the “60 Minutes” attack on Education Secretary Betsy DeVos. It referred to her as “the most hated member of the Trump Cabinet” and reminded viewers twice that she’s a “devout Christian.” Scary.

But when it looks like President Trump is firing someone the media like, it all goes bad. MSNBC Anchor Nicolle Wallace asked if the president is “a bleep-hole” for considering firing former FBI Deputy Director Andrew McCabe (who was later fired by Attorney General Jeff Sessions).