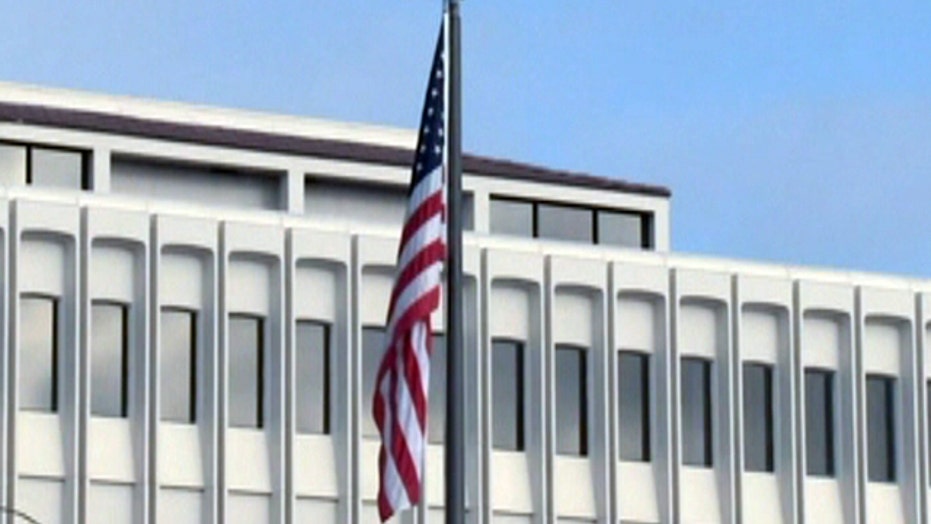 A group of California professors side with America-haters who want to ban the American flag from a University of California Irvine campus lobby. As the great American patriot Merle Haggard once said, 'Love it or leave it.'

A group of university professors has signed a letter showing their solidarity with students who tried to ban the American flag at the University of California, Irvine – because they said Old Glory contributes to racism.

A group of Californian lawmakers is working on a bill that that would prohibit publicly funded universities from banning the American flag.

“U.S. nationalism often contributes to racism and xenophobia, and that the paraphernalia of nationalism is in fact often used to intimidate,” read a letter obtained by the website Campus Reform.

A group of Californian lawmakers is working on a bill that that would prohibit publicly funded universities from banning the American flag.

Hundreds across the nation have signed the letter – including some U.C. Irvine professors, Campus Reform reported.

"We admire the courage of the resolution's supporters amid this environment of political immaturity and threat, and support them unequivocally" the letter stated.

How those professors can sleep at night knowing their salaries are paid for by a bunch of xenophobic racists is beyond me.

On March 3 the U.C. Irvine student government association voted 6-4-2 to remove Old Glory from a campus lobby for the sake of cultural inclusivity.

The un-American knuckleheads blathered on about how "the American flag has been flown in instances of colonialism and imperialism."

Breitbart quoted an unnamed student who said the student government association feared the flag might hurt the feelings of illegal aliens.

“There were people who were like, ‘the flag triggers me’ – that was their exact wording, too,” the student said.

Over the weekend, the executive leadership of student government met and vetoed the legislation and by Monday the flag was once again posted in the campus lobby.

“Our campus is patriotic and proud,” student government President Reza Zomorrodian told me. “We did something right for our campus.”

A March 10th legislative meeting to discuss the controversy was canceled after the university received a “viable threat of violence.”

While the threat was not specific, university officials said they were taking the threat seriously and urged students to be diligent.

“Regardless of your opinion on the display of the American flag, we must be united in protecting the people who make this university a premier institution of higher learning,” Chancellor Howard Gillman wrote in a statement posted on the university’s website.

Meanwhile, a group of Californian lawmakers is working on a bill that that would prohibit publicly funded universities from banning the American flag.

Here's how it should work: you ban the flag -- we ban your student loans.

I'm old school. Where I come from, you salute Old Glory, you don't toss it in a closet. You don't ban it.