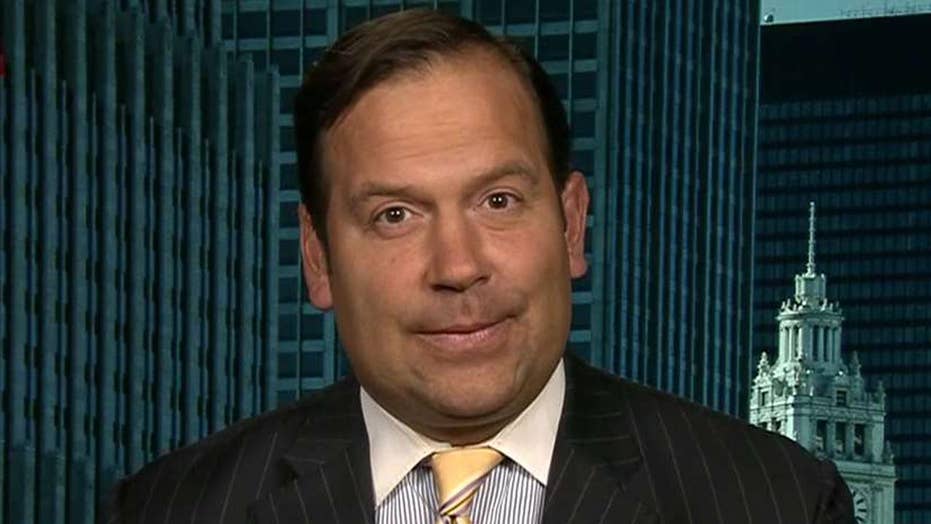 California is the first state to sue over sanctuary city funding

Ronald Reagan once said, “Hispanics are Republicans, they just don’t know it yet.”  I agree!  On Friday the President and First Lady will host me, along with many other Latino leaders, for a celebration at the White House commemorating Hispanic Heritage Month.

Being a very public Hispanic supporter of Donald Trump is never easy, and I’ve endured myriad insults, from constant social media accusations that I’m a “Tio Tomas” (Uncle Tom), to in-person insults calling me a “coconut” (brown on the outside, white on the inside).

For the most part, I take these barbs in stride and realize that in the incredibly polarized political environment of recent years, politics truly is hardball.  For my part, accepting insults is a small price to pay for saving our country from its slide toward mediocrity.

For far too long, the Democratic Party has shamelessly exploited race and ethnicity to create predictable voting blocks. But, despite big promises at election cycles, those same politicians have consistently failed to deliver tangible solutions to communities of color, as recent years see both a widening economic inequality vs. white households and a marked recent upturn in violent urban crime, which disproportionately afflicts blacks and Hispanics.

For far too long, the Democratic Party has shamelessly exploited race and ethnicity to create predictable voting blocks. But, despite big promises at election cycles, those same politicians have consistently failed to deliver tangible solutions to communities of color.

In contrast, in just nine months in office President Trump has already delivered real results for Hispanics in three key areas…with much more promise ahead!

First, and most importantly, our economy accelerates in tangible ways since the Inauguration, with manufacturing and consumer confidence indices soaring. This palpable economic uplift of course benefits all Americans, but particularly the incredibly entrepreneurial Hispanic community, which starts small businesses at about 1.5 times the rate of non-Hispanic Americans. President Trump has already moved forcefully to reduce the regulatory burden that stifles small business growth, empowering these amazing Latino business creators.  The last decade has been wonderful for owners of assets, especially stocks and real estate.  Most minorities, and most Hispanics, are not yet among that ownership class and, as such, badly needed growth in wages and entrepreneurship.  The tax package announced by this administration will propel a renewed economic dynamism that will vault Hispanic prosperity.

Second, the President displayed wisdom and empathy in continuing the DACA program protecting illegal immigrants brought here as children.  He recognizes that these young adults broke our immigration statutes through no fault of their own and comprise a separate category from adults who knowingly defied our laws.  The President has sensibly charged the Congress with finding a sustainable and Constitutional solution this vexing issue, likely a compromise protecting these DACA recipients in exchange for large immigration reforms.

Third, Trump’s response to Puerto Rico has been as swift as it is impressive.  Despite the constant grandstanding of the absurd T-shirt wearing mayor of San Juan, enabled by a mainstream media hell-bent on manufacturing “Trump’s Katrina,” the reality is that federal response to this epic catastrophe represents a triumph of both logistics and humanitarian concern.  Despite the carnage of two category 5 hurricanes, today two-thirds of gasoline stations on the island are fully operational as well as the majority of grocery stores – a testimony to the determination of the Americans who call that island home as well as the 12,000 federal “boots  on the ground” providing aid.  And don’t take my word for it, listen to the Democrat Governor Ricardo Rossello who told Fox’s Maria Bartiromo that “the president and the administration, every time we’ve asked them to execute, they’ve executed quickly.”

The mainstream media narrative in 2016, which I fought so vociferously on-air, painted Donald Trump as some anti-Hispanic bigot.  That slur was always false and was, thankfully, largely rejected by our own communities as Trump surpassed the Hispanic vote percentage garnered by Mitt Romney in 2012.  What Trump has shown in his first months in office, through economic growth, a reasoned approach to DACA, and an outpouring of support for Puerto Rico, is that he intends to govern for the increased prosperity and security of the forgotten common working American…including, of course, Hispanics. This “coconut” believes in that future!