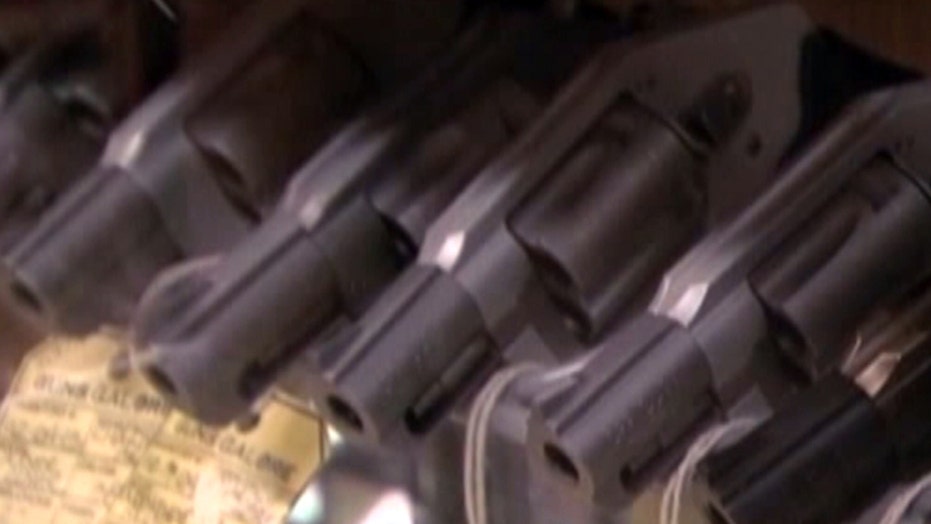 Instead of declaring war on law-abiding gun owners, maybe Pres. Obama ought to declare war on the true treat facing our nation -- radical Islam.

President Obama is plotting with his attorney general to get our guns.

The president will purportedly  bypass Congress and crack down on small scale gun sellers. Fox News reports the plan would require gun sellers to order background checks on prospective buyers and tighten laws for gun sales to those who have committed domestic-abuse offenses.

If the White House really wants to crack down on gun violence -- maybe they should enforce the laws that are already on the books.

But that's not the point. This president ultimately wants to disarm the nation.

The primary reason our Founding Fathers wrote the Second Amendment was to protect all the other amendments.

Just after the Muslim terrorist attack in San Bernardino the Washington Post found that 53 percent of voters oppose a ban on assault weapons -- a record high.

The American people seem to understand what the president does not -- guns keep our families safe.

So instead of declaring war on law-abiding gun owners  -- maybe the president ought to declare war on the true threat facing our nation -- radical Islam.

The National Rifle Association accused the president of pulling a “political stunt” and Republican presidential candidates have widely condemned the president’s gun-control plans.

“The president is a petulant child,” New Jersey Gov. Chris Christie told "Fox News Sunday." “Whenever he doesn’t get what he wants…this president acts like a king.”

Carly Fiorina told CNN the president has “been a lawless president.”

“It is delusional, dangerous, not to mention unconstitutional,” she said. “We have a long list of criminals who own guns, who routinely purchase guns. We know who these people are, and we are not prosecuting any of them.”

Texas Governor Greg Abbott summed up it up best in a tweet: