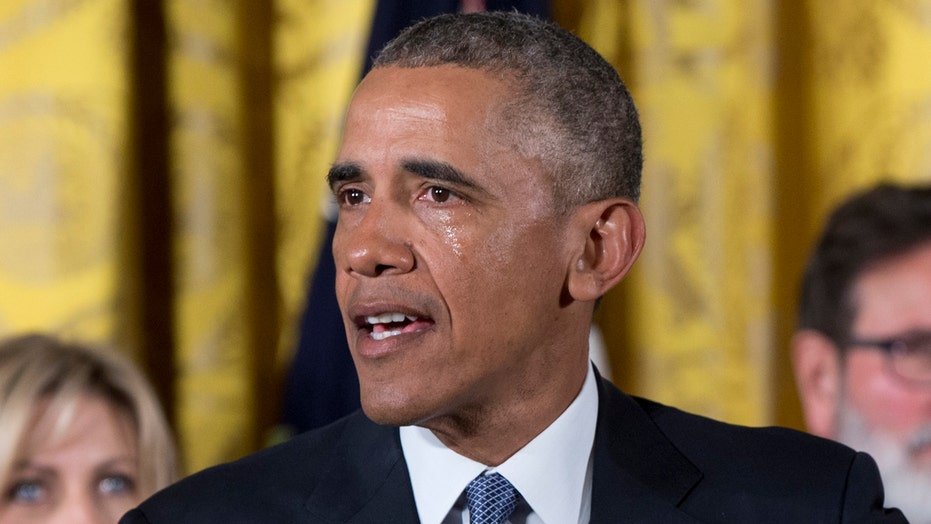 Napolitano: Obama doesn't want you to have guns

Judge Napolitano's Chambers: Judge Napolitano explains how 'Big Brother' has run amok and why as a progressive, President Obama doesn't want citizens to have guns

“A well regulated Militia, being necessary to the security of a free State, the right of the people to keep and bear Arms, shall not be infringed.” -- Second Amendment to the U.S. Constitution

In 2008, the Supreme Court laid to rest the once-simmering dispute over the meaning of the Second Amendment. In an opinion written by Justice Antonin Scalia, the court articulated the modern existence of the ancient personal right to keep and bear arms as a pre-political right.

A pre-political right is one that pre-exists the political order that was created to protect it. Thus, the court held, the origins of this right are the ancient and persistent traditions of free peoples and their natural inclinations to self-defense.

The court also characterized the right as fundamental. That puts it in the highest category of rights protected by the Bill of Rights. Though the origins of this right are from an era well before guns existed, the textual language in the amendment -- “arms” -- makes clear, the court ruled, the intention of the Framers that its continuing purpose should be to recognize the right of people to keep and use the same level of technologically available arms that might be used against them.

That, in a nutshell, is the history, theory and purpose of the amendment as the modern Supreme Court has found them to be. But as we have seen, the constitutional guarantees that were written to keep the government from interfering with our rights are only as viable as is the fidelity to the Constitution of those in whose hands we have reposed it for safekeeping.

In our system, principal among those are the hands of the president; and sadly, today we have a president seriously lacking in this fidelity. And that lack is salient when it comes to the Second Amendment.

Earlier this week, President Obama announced that he will sign executive orders that expand the size and scope of federal monitoring of the acquisition and use of guns -- traditionally a matter left to the states -- and he will interpret the laws in novel ways, establish rules and impose obligations that Congress rejected, and prosecute those who defy his new system.

The president has very little room to issue executive orders on guns because the congressional legislation in this area is so extensive, detailed and clear. In addition to ordering your doctor to report to the Department of Homeland Security any mention you may make to the doctor of guns in your home, the president has decreed on his own and against the articulated will of Congress the obligation of all people who transfer any gun to any other person to obtain a federal gun dealer license. This is among the most cumbersome and burdensome licenses to obtain.

He has also decreed that any licensee who fails to perform a background check on the person to whom the licensee has transferred a gun shall be guilty of a felony. Give a BB gun to your nephew on his 16th birthday without a federal license and you can go to prison.

Can the president do that? In a word: No.

Under our system of government, only Congress can write federal laws and establish crimes. The president is on particularly thin constitutional ice here because his allies in Congress have proposed this very procedure as an amendment to existing law, and Congress has expressly rejected those proposals.

By requiring physicians to report conversations with their patients about guns to the DHS, the president will be encouraging them to invade the physician-patient privilege; and I suspect that most doctors will ignore him.

Under the Constitution, fundamental liberties (speech, a free press, worship, self-defense, travel and privacy, to name a few) are accorded the highest protection from governmental intrusion. One can only lose a fundamental right by intentionally giving it up or via due process (a jury trial resulting in a conviction for criminal behavior). The president -- whose support for the right to keep and bear arms is limited to the military, the police and his own heavily armed body guards -- is happy to begin a slippery slope down into the dark hole of totalitarianism, whereby he or a future president can negate liberties if he hates or fears the exercising of them.

We still have a Constitution in America. Under the Constitution, Congress writes the laws, the president enforces them, and the courts interpret them. The president can no more write his own laws or impose his own interpretations upon pre-existing laws than Congress or the courts can command the military.

As troubling as this turn of events is, it is not surprising. The president is a progressive, and the ideology of progressivism is anathema to self-help or individualism. He really believes that the government can care for us better than we can care for ourselves.

Yet he ignores recent history. Any attempt to make it more difficult for people to keep and bear arms not only violates the fundamental liberty of those people but also jeopardizes the safety of us all. Add to this the progressive tendency to use government to establish no-gun zones and you have the recipe for disaster we have recently witnessed. All of the recent mass killings in America -- from Columbine to San Bernardino -- have occurred in no-gun zones, where crazies and terror-minded murderers can shoot with abandon.

That is, until someone arrives with a gun and shoots back. Then the killer flees or is injured or dies -- and the killing stops.