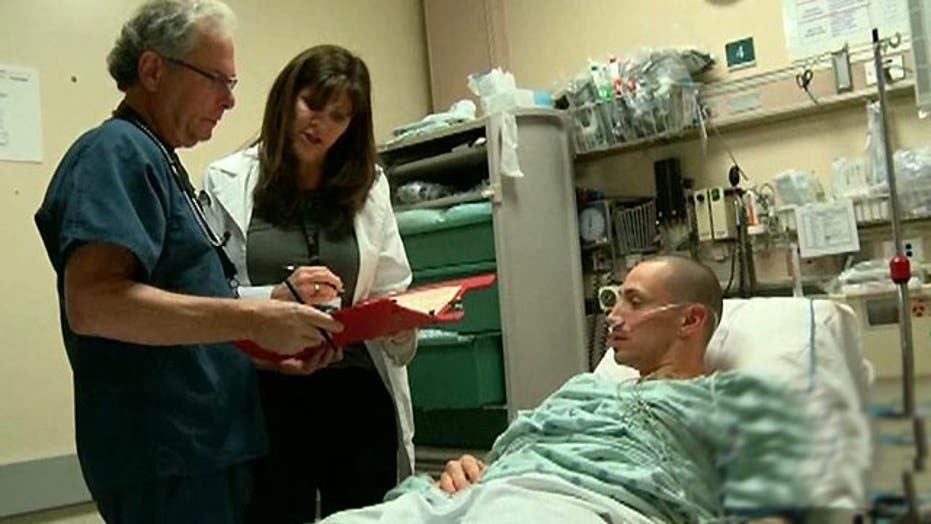 Where does health care law stand?

As predicted, the Obama administration and many in the Democratic Party are trying to peddle the story that ObamaCare is now working because the healthcare.gov website is functioning better.

But despite the questionable claims of easier access and more people enrolling in the ObamaCare exchanges, the ugly truth is the horror stories are piling up and, sooner or later, ObamaCare’s cheerleaders will have to confront the overwhelming evidence indicting them for repeatedly lying to the American people.

As expected, President Obama used his State of the Union speech Tuesday to extol the virtues of ObamaCare, and also as expected, retold the story of one person positively affected by the program. But for each success there are countless failures.

People’s Exhibit A: Josie Gracchi has breast cancer. Up until January 1st of this year she had insurance and was scheduled for a January 3rd biopsy and follow-up treatment at one the largest private cancer treatment centers in the world: Memorial Sloan-Kettering Cancer Center in New York.

But once 2014 arrived, her insurance was rolled into an ObamaCare health exchange.

She now has no access to the surgeons she was working with, her biopsy and treatment have been postponed and she can’t find comparable doctors and surgeons through the ObamaCare website.

She pleaded on television for help from the president, but has yet to receive an answer.

People’s Exhibit B: Whitney Johnson of Texas is a new mom at 26 and suffers from Multiple Sclerosis. Her treatments were expensive, $40,000 every five weeks, but her insurance was paying for those treatments.

Then came January 1, 2014 when the insurance was canceled; her insurance company is actually leaving the state of Texas because her plan no longer complies with ObamaCare.

Whitney liked her plan, which President Obama and a cast of countless Democrats told her she’d be able to keep. She doesn’t know what she’ll do now.

People’s Exhibit C: Gloria Cantor of Florida was told her insurance was being dropped because of ObamaCare. She has five brain tumors as well as tumors in her bones. Her insurance company told her that it can offer a different plan, but it will be more expensive. Another reason why “if you like your plan you can keep it” was labeled the “lie of the year” for 2013.

She liked her insurance which was expensive but affordable. Then she was told by her insurance company that her best bet under ObamaCare would be a plan that would increase her premium anywhere from $4,500 to $6,500 per year, as well as a 10 percent federal tax.

Remember when Obama told us families would save $2,500 a year under ObamaCare? Complete fiction.

Question: What could be worse than being kicked off the health care plan you prefer when you need it most – when you’re suffering from a serious medical condition or debilitating disease?

Answer: Having the government come after you in the form of the IRS following your decision to go public about your dire situation.

People’s Exhibit E: Bill Elliot of South Carolina has stage four cancer and had insurance that covered most of his treatments. Then it was canceled because of ObamaCare.

His doctor told him he is in full remission, his treatments have been working.

He voted for Obama, in part because he believed the president’s words when he said “if you like your plan you can keep it.” But the new policy under ObamaCare would cost him $1,500 per month along with a $13,000 deductible, and it won’t even cover medicine or medical devices.

Elliot went public about his dilemma, doing media interviews to bring attention to his situation. All of a sudden he received a letter from the IRS telling him they would be auditing him for tax year 2009.

Moody’s Investor Service just downgraded its outlook for the U.S. health insurance industry from stable to negative because of serious concerns with the implementation of ObamaCare.

Moody’s Senior Vice President Stephen Zaharuk said: "While we've had industry risks from regulatory changes on our radar for a while, the ongoing unstable and evolving environment is a key factor for our outlook change.”

The cost of the empty promises and outright lies is enormous both in human and financial terms. What these people are experiencing is exactly what Moody’s Investor Service is so concerned about. ObamaCare is really NobamaCare.