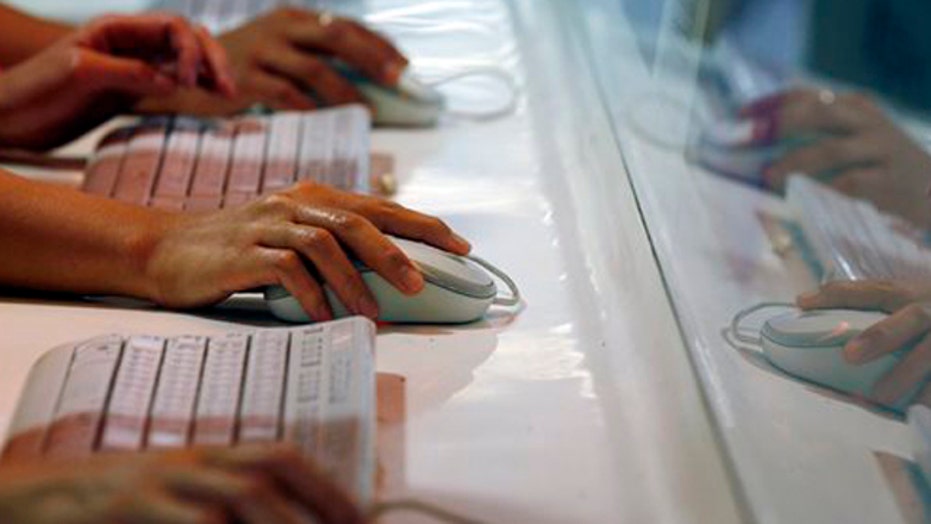 Bernie Goldberg on how technology is affecting American children

As the Executive Director of the Dunes in East Hampton and as an Addictions Specialist who has worked with over a thousand teens in the past decade, I often get asked by parents some version of the following question:

“What’s the biggest addiction problem facing our kids today and what should we watch out for?”

My answer? The Internet.

Yes, that’s right: the most significant issue negatively impacting younger kids and teenagers today is the addictive, pervasive and damaging effects of video-gaming, social media and excessive Internet usage. And recent brain imaging research is only confirming what front-line clinicians like me already knew: that the increasing pervasiveness of tech is leading to increased distractibility, anxiety, depression, tech addiction and even gaming-induced psychosis.

Gaming induced psychosis? Yes. I’ve worked with teens that’ve had psychotic breaks after marathon sessions of fantasy games such as "World of Warcraft" and who then needed psychiatric hospitalizations and psychiatric meds to stabilize.

Other cases of extreme Internet-influenced behavior:

● 17-year-old named Daniel Petric murdered his mother and seriously injured his father when they refused to let him play the popular video game, "Halo 3."

● On December 27, 2004, a thirteen year-old boy in China named Xioyi left a suicide note saying that he wanted “to join the heroes of the game he worshipped” before jumping to his death off of a tall building after playing "World of Warcraft" for 36 hours straight.

You might be thinking that these are people who were mentally ill to begin with; after all, people have been murdering one another or committing suicide since the dawn of time; they didn’t need the Internet. to be violent.

And, to be sure, the incidents of extreme Internet.-influenced behavior listed above may indeed be exacerbated in those people with underlying vulnerabilities (i.e. other mental health disorders, temperamental predispositions, etc.).

But this new medium is indeed qualitatively different than all the others that preceded it.

It affects our brain differently; the new tech is more intense, more stimulating and, thus, more penetrating…and not just into our brains—but also into our psyches as well. Thus the negative effects of excessive virtual exposure can, and do, affect any teen—and any person.

According to one recent study, 23% of American youth (ages 8 to 18) reported feeling “addicted to video games” (Harris Interactive). Another recent Yale University study found that teens engaged in “problematic Internet. use” were more likely to be depressed, aggressive and to use drugs.

Ironically, some parents mistakenly believe that when their child sits in front of a TV or computer screen, they are somehow developing a better sense of focus.

Just the opposite is happening; the neural pathways that genuinely create greater focus—pathways that are stimulated by hand-eye activities like playing with Legos—are being stunted by the sensory overload of a glowing screen.

This over-stimulation at an early age creates an attentional desensitization whereby the child then constantly requires a high-level of stimulation or else they become bored.

The research shows that for every hour of screen time that infants between the ages of 2 and 6 are exposed to, the rates of ADHD go up by 10%. Thus 3 hours of screen time equals a 30% greater chance of the child developing an ADHD diagnosis.

The clinical research also tells us that those head-down kids with the glowing screen on their faces are significantly more prone towards distraction, depression, apathy, anxiety, addiction and thought disorders. And according to the latest brain imaging research, all this virtual stimulation is also leading to measurable brain damage.

A sampling of the brain research:

Dr. Simone Kuhn of the University of Ghent in Belgium used fMRI brain scans of “frequent gamers” (at least 9 hours of video games per week) and found that they had a greater volume of gray matter on the left side of the ventral striatum—a part of the brain known to play a key function in reward and addiction.

Just to be clear, I am in no way an anti-tech Luddite (I have a SmartPhone and other electronic gadgets); but I am trying to warn parents about the dangers of age-inappropriate tech.

So what should the concerned parent look for if they think that their child may have a tech addiction?

--Is your child staying up later and later to stay on the computer?

--Do they get fidgety, anxious and/or angry if they don’t have their tech?

--Is their tech usage negatively impacting their schoolwork, family life or other activities and interests?

--Is your child indicating that he or she has a difficult time getting the virtual imagery out of their heads?

--Is your child dreaming of virtual imagery?

If your child has any of the above symptoms, what should you do?

Luckily, there are now mental health specialists who have expertise in dealing with Internet. addiction. There are even rehabs now that can address this problem. Essentially, treatment involves “un-plugging” from the tech and immersing in nature and/or physical activities.

If there are underlying mental health issues, those need to be addressed. But the first step is to go cold-turkey on the tech for a period of time so that the young person can get a sense of grounding and balance back into their lives.

This approach is very similar to what we do at the Dunes; we try and help our addicted clients engage in mind-body techniques like meditation, yoga, nature walks, healthy diet and exercise in order to help our clients re-balance. In addition, finding a more meaningful sense of purpose in one’s life can also play an integral role in this process; the young person who feels a strong sense of person in their lives is less likely to fall into the abyss of addiction—either virtual or otherwise.

Dr. Nicholas Kardaras, Ph.D., LCSW is an addictions specialist and Clinical Director of the Dunes, a holistic mind-body rehab center in Easthampton, N.Y. He is also a clinical professor at Stony Brook University's Health Sciences Center where he teaches graduate level course-work on the treatment of addiction. He is a licensed NY State psychotherapist and a clinical consultant for LICADD (Long Island Council for Alcoholism and Drug Dependence) as well as being Adjunct Faculty at the Institute of Transpersonal Psychology in California. He is the author of "How Plato and Pythagoras Can Save Your Life" (Conari Press, 2011).