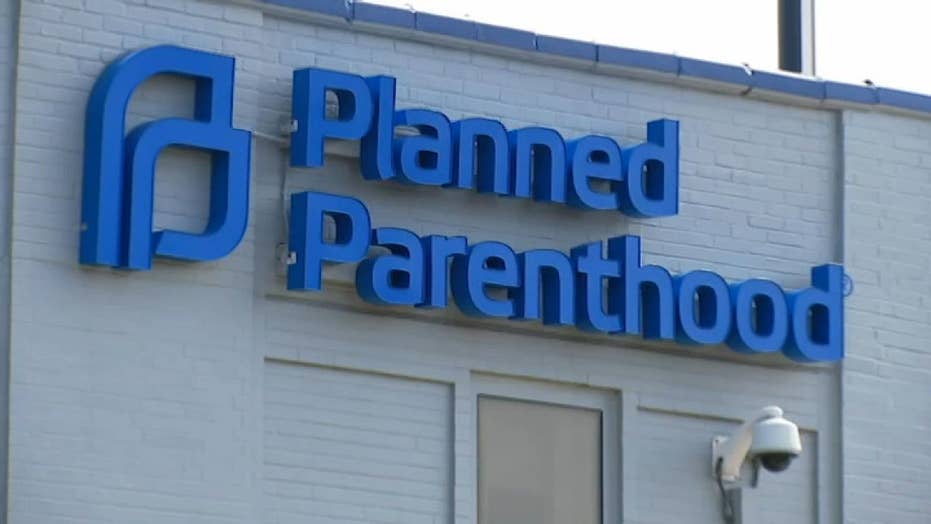 Voters choosing among the Democratic presidential contenders have no real policy options when it comes to one issue – abortion. The field is in lock-step agreement that taxpayers should have no choice but to be in business with Planned Parenthood.

And that rare, if controversial consensus was on full display as 20 Democratic Presidential contenders descended this weekend on Columbia, S.C., for a Planned Parenthood Action Fund event, as the nation’s No. 1 abortion vendor puts on a display of political power and backroom access.

But voters paying careful attention could also see a meeting of those who have financial incentives to push past the comfort level of ordinary Americans, forcing funding and blocking commonsense limits on abortion. Big abortion is big business.

Consider that Planned Parenthood already pulls in more than half-a-billion dollars in taxpayer funding, a significant part of its overall budget. And the would-be presidential candidates are all also fully aware that in the last election cycle the abortion Goliath spent millions on aspiring abortion advocates like them.

In fact, in the 2018 mid-term elections, Planned Parenthood spent more than $50 million in federal races in favor of Democrats. And some of those coming to the candidate forum know that first-hand. The Center for Responsive Politics notes that 12 of those trying for the Democratic nomination have received Planned Parenthood donations.

With all that money at stake, is it any wonder that Planned Parenthood and their Democratic allies now want to put an end to the Hyde Amendment, which limits federal spending on abortion to only cases of rape, incest or when the mother’s life is in danger?

Yet that move for expanded taxpayer funding of abortion is too extreme for even most Democrats. A Morning Consult poll found that only 45 percent of Democratic Party primary voters wanted to see Hyde repealed. In fact, 38 percent did not agree with that radical agenda.

The Hyde amendment provides a rare thing indeed in politics – bipartisan truce that has held firm for years. During the debate over Obamacare, a Quinnipiac poll found that more than seven in 10 Americans – self-described as pro-life or pro-choice – said they did not want their tax dollars to pay for abortions. And as the group I lead – Students for Life of America – meets daily with students on college and university campuses in all 50 states that consensus holds firm.

In fact, SFLA commissioned a poll earlier this year finding that only 7 percent of millennials can stomach the abortion extremism of the Democratic Party – abortion through all nine months, for any reason whatsoever, and sometimes with taxpayer funding.

While Planned Parenthood tried to push a stark picture of crisis with their version of abortion as “healthcare,” pregnancy is not a disease cured by abortion.

The kind of care that Planned Parenthood wants to offer brings misery and sells women short, as abortion vendors tell women that without abortion they can’t succeed in life. The abortion industry seeks to create a civil war between a woman’s family and career life, insinuating that both are not possible and pushing women to choose work over relationships, rather than equipping women to achieve across the board. Instead of a pro-woman ethos that embraces and celebrates a woman’s unique gift of fertility and life-giving capacity, that part ourselves is painted as a problem to be conquered and corralled -- out of mind and out of sight of society.

Tragically, Planned Parenthood profits from an updated misogyny that tries to keep women at work by rejecting their full potential. And they want taxpayers to pay for it.

But women should consider the source of this defeatist messages.

Planned Parenthood is in the abortion business, and abortion is NOT healthcare. There would be no issues here at all to discuss if Planned Parenthood really did want to focus on life-affirming healthcare, rather than cutting back on just about all real medical care they once offered in favor of abortion. Even when it comes to pregnancy, Planned Parenthood ended 83 lives in abortion for every one adoption referral.

Students for Life of America was outside of the abortion-centric event reminding people that there is another side to the abortion industry’s pitch that they alone “help” women. Our team reminded reporters and attendees that federally qualified health centers outnumber Planned Parenthood by 20 to 1, offering real, full-service care, including family planning.

But Wen and the Presidential prospects should take a hard look at that statistic. Clearly, four out of five women already know they don’t need Planned Parenthood. And that last women may have been harmed by the kind of “services” the abortion mega vendors sells.

It’s not too late for the candidates who came to Planned Parenthood’s forum to choose to support both mother and preborn child. There is room for pro-life Democrats in this debate in which the vast majority of Americans want a different kind of world, with healthcare that extends life, rather than ending it.