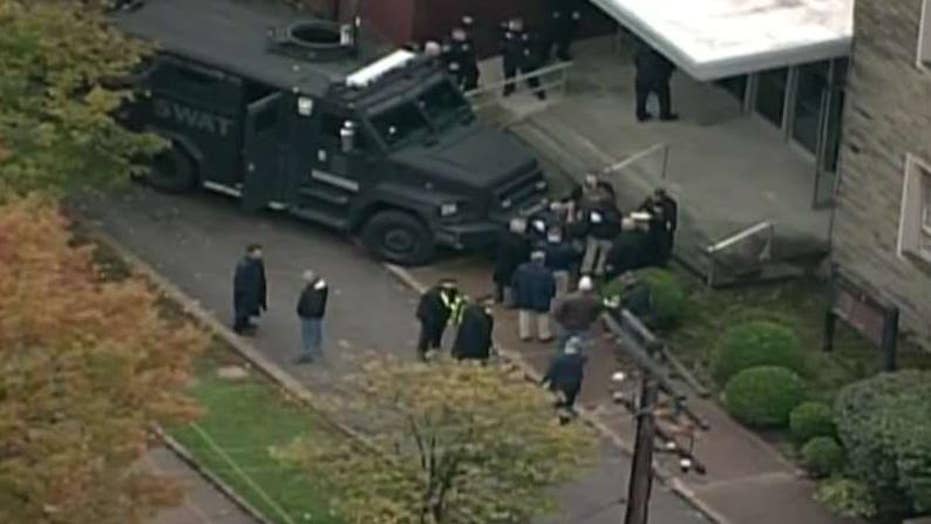 Like millions of people around the world, I was horrified when I first heard about the mass shooting Saturday at the Tree of Life Synagogue in Pittsburgh that resulted in the deaths of 11 people and left six wounded.

Officials said Robert Bowers was arrested and charged with 29 criminal counts in connection with the mass killing.

The attack on the synagogue came a day after authorities arrested Cesar Sayoc in connection with the mailing of pipe bombs to former and current Democratic officials – including President Obama, Hillary Clinton, former Attorney General Eric Holder and two U.S. senators –  along with other prominent critics of President Trump, plus CNN. Thankfully, the bombs did not go off and no one was hurt.

The arguments today we now hear from both the right and the left are the same ones we hear after every mass shooting.

Many people on the left call for stricter gun control, including banning weapons such as the AR-15-style assault rifle used in the Pittsburgh shooting. (As an aside, I agree with banning the AR-15, but that is for a different column).

Many people on the right support the position of President Trump, who said Saturday: "If there was an armed guard inside the temple, they would have been able to stop him,” referring to the gunman.

Our minds are filled with hatred – whether it be from what we watch on television, listen to on radio and in podcasts, or read in news stories and opinion pieces.

Many conservatives also want teachers to carry firearms and see more armed people in places of worship and elsewhere to defend against criminals.

But the arguments about guns don’t address what is behind all of these attacks: hate.

Sayoc, the alleged pipe bomber, reportedly hated people who spoke out against President Trump. His lawyer said that Sayoc looked to the president as a father figure. His van was plastered with pictures of targets on faces of people who have criticized the president.

In the past, when we have suffered attacks, or feel like we are in danger of being attacked, President Trump and many of his supporters have sought to impose bans on people entering the U.S. Ban all Muslims, ban Syrian refugees, ban people coming from Central America in the caravan. The list goes on.

We talk a lot about banning and I believe it stems not only from fear, but from our hatred of those we perceive to be different from ourselves, or even as evil.

There are Americans who even attend rallies where hate of certain groups is applauded.

Our minds are filled with hatred – whether it be from what we watch on television, listen to on radio and in podcasts, or read in news stories and opinion pieces. Our talking heads, journalists, talk show hosts, politicians and even our president spew hate.

This constant rhetoric of hatred, of exclusion and of banning is circulated in our minds.

So we can ban guns, we can ban people who are a certain religion or come from a certain country. But if we don’t address the root of the anger, I fear the attacks will continue – whether with a knife, a gun or a bomb.

We need to take a deep look in the mirror, America. We need to stop screaming about bans, which alone will not fix this problem we have as a very angry and divided and, dare I say, hateful nation.

We need to change. The change begins within each of us. We need to stop hating each other. If only we could ban that. We need to ban hate.